Any other ghouls like me out there? Not since David Carradine have I spent so much time revisiting someone's Wikipedia page trying to see if there's new information on someone's death. Of course, there's no question that Tony Scott ever planned to survive jumping off that bridge, but his death certificate doesn't list his death as a suicide, officially, saying only that the cause of death is "pending investigation." As yet, no one knows why he would choose to die. Stories of him having inoperable brain cancer have proven untrue, and his suicide notes apparently make no mention of a motive. There's a bit of a "Richard Cory" factor to all of this, really - why would someone apparently so active and successful want to do such a thing? It seems to make no sense, raises questions about the nature of happiness, of success, and leaves you feeling that some vital piece of information is missing from the story, making understanding what he did impossible. Assuming his family are as much in the dark as the general public, the lack of closure, the inability to comprehend the man's last act must be maddening indeed. 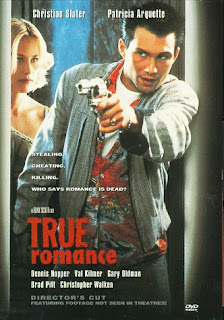 Attending Friday's tribute to Tony Scott at the Vancity Theatre, True Romance, will do nothing to make matters more clear, and I'm  not sure how watching that film will be through the filter of recent events, but it sure will serve as a brilliant opportunity to re-evaluate the man's craft and accomplishments. This is a very, very stylish, smartly-made, high-energy piece of cinema, based on a Quentin Tarantino screenplay; the film enters a sort of critical mass of talent with its  supporting cast (IMDB here), and boasts as a centerpiece a memorable confrontation between Dennis Hopper and Christopher Walken. (Sopranos fans will also really enjoy a rather bloody moment between Patricia Arquette and James Gandolfini). There are also roles for Brad Pitt, Gary Oldman, Val Kilmer, Saul Rubinek, Bronson Pinchot - and what the hell, Samuel L. Jackson is in it, too? Hell, I don't even remember him...
As for re-evaluating Tony Scott's talents, I'm rather pleased that it's happening, since - as I'm very glad to have said publicly BEFORE Tony Scott killed himself - I think he's the more interesting of the two Scott brothers, the more accomplished stylist and a filmmaker with a highly recognizable, distinctive approach to the language of cinema, which is, in fact, very rare in American mainstream movies, which generally seem to strive to look alike. Several of his films are unwatchable crap, sure, but the ones that are interesting are VERY interesting (Enemy of the State and True Romance are favourites, and I have full intentions of revisiting Crimson Tide and The Hunger, and seeing Domino for the first time, sometime soon; his thriller Deja Vu is pretty decent, too).
Still, there are perils in post mortem revisionism (think, here, of Bobcat Goldthwait's World's Greatest Dad) - don't get too carried away, here, folks. Lemmy Kilmister once chuckled when I asked him about a lyric from the song "Escalator" on the Sam Gopal album he wrote and sang the songs for, years before Motorhead: "If you think you like me living, baby, you're going to love me when I'm dead." He elaborated, "that’s because people get better when they’re dead! I mean, Buddy Holly and Randy Rhoads - they acquired much more dexterity on the guitar when they were dead. Nobody seemed to notice it before!" Anyone skeptical about my enthusiasm for True Romance, based on this sort of principle, should note that I own it, The Hunger, and Enemy of the State on DVD, none of which were acquired after Scott's jump. These are interesting films, always were, and would still be so if Tony Scott were still alive...! 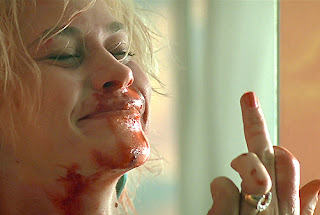 Posted by Allan MacInnis at 7:20 PM