Tesco Vee, The Fight United, and the fine art of photocopyin' stuff at work 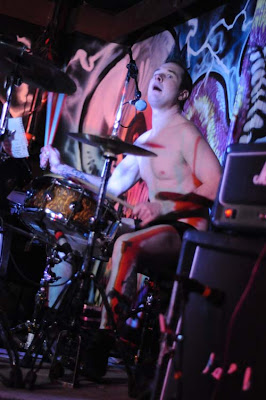 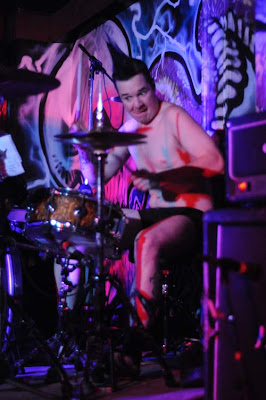 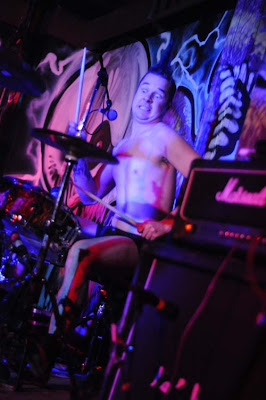 The Fight United by Femke van Delft, not to be reused without permission

Apropos of the Fight United's opening slot for The Golers at Funky's on Friday, here are three great shots (of several) that Femke took of the Fight United's drummer, also at Funky's, back when they had that cool snake graffiti-art behind the drums (actual date Dec. 9, 2011). I reviewed their CD for the Straight awhile back - Todd Serious of The Rebel Spell gave me it at just that Funky's show, and it took me months for me to get to it, but the Fight United were most appreciative, regardless. And apropos of the photocopied insert for that CD, mentioned in the review, here is a chunk from my big Tesco Vee interview, about how he and Dave Stimson used to put together the Touch and Go zine, using photocopies from work... Bad cellphone photographs by Allan MacInnis!: 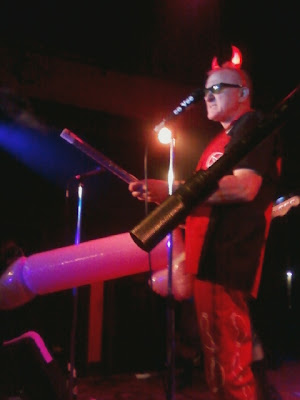 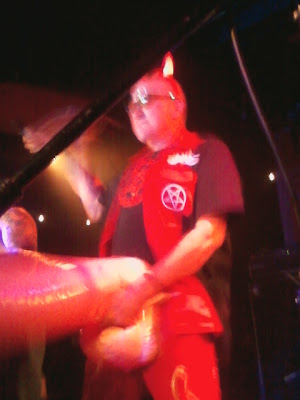 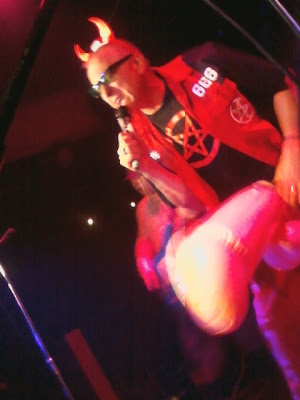 Tesco Vee onstage with the Meatmen, photos by Allan MacInnis, who the hell would want to reuse them anyhow?

AM: I was reading about how you guys put together the ‘zine, and I don’t know what an IBM Selectric is.

TV: Ah. An IBM Selectric, they were generally, like, a pea soup green, or a red, and they probably weighed sixty pounds, and they had these little interchangeable balls, so if you wanted to change your font, you would pop this little plastic tab and drop a different font ball on there. In the 60s and 70’s, the Selectric was, like, the staple - every office in America had a fleet of 'em. I don’t know where I got mine, but that was the workhorse. There were a lot of cigarettes, a lot of Carling Black Label, and a lot of time spent at my Selectric.
AM: And you would type up the columns and then hand-cut them out and paste them up?
TV: Exactly, you just hand cut’em out and you might steal a graphic out of a Trouser Press or someone might send you a doodle on the back of an envelope and you would use whatever you thought was cool to fill up a page, and I would do half the pages - Dave would go, “how many do you have?” “I have ten.” “I’ll have ten by next week, that’s twenty pages.” And we would get together and buy some beer and read each other’s pages and proclaim it an issue and take it to the printer. 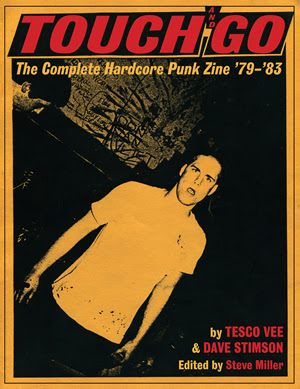 AM: And the assembly, the Xeroxing and the stapling and all that, was done on machines at the elementary school where you worked?

TV: Yeah, it was. It’s funny, because I did an interview with a local magazine here when the book came out, and I kinda admitted where I did it, and I was like, “Are they gonna send me a bill?” Eventually we started going to a printer, but we were so broke - I was a schoolteacher making 10 or 12 grand a year and tryin’ to buy all these records and live. Most of my discretionary income went to vinyl, because we’d drive to Chicago and Ann Arbor and all these record stores. So for the first ten issues or so, yeah, I’d sneak in there at three in the morning. If the toner drum on these old machines was low, the copy quality was terrible, so some of the issues, like, maybe 6 or 7 or 8 - the Anarchy issue - my buddy who did the Photoshopping, he had to take each page and darken it, but you can only darken it so much when it’s a double-sided image or you just fuck the page behind it…
AM: It’s actually one of the great punk rock traditions, though. Fanzines, gig posters, lyric sheets… “My dayjob paid for this!”

AM: What page is that on, anyhow? I can’t find it. 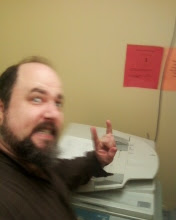