Swans at the Venue, September 6th 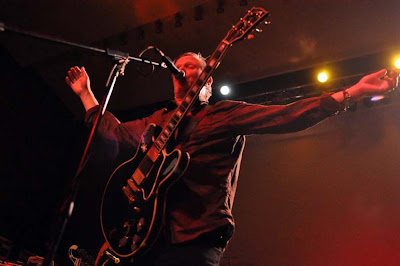 Swans by Femke van Delft, not to be reused without permission. By the way, I think you can actually see video footage of Femke taking this photo, here.

I found myself leaving a slightly awkward voicemail message for Nathan Holiday of Vancouver noise pioneers Tunnel Canary the other day. Apropos of inviting him to the September 6th Swans show at The Venue, I was midway through describing Swans as the most intense live band I have ever seen, when I realized that saying this would include the unflattering implication that they were even more intense than Tunnel Canary! I backpedalled a bit, though with some reason: you really can't go comparing other bands to Tunnel Canary, who, like kindred spirits such as Borbetomagus, are not really playing anything approximating rock music. You CAN compare Swans to other rock bands, however: and based on what I've seen, they pwn them, every one, are bar none the loudest, most powerful, most "committed" rock band out there (that's actually a word Swans leader Michael Gira used to describe his own band, but it's absolutely perfect - "committed.")


Anyhow, the online portion of my M. Gira interview from last year is here; and my review of Swans' new album, The Seer, featuring brief quotes from both Gira and Jarboe (who is on the album!), is here. Anyone who has not seen Swans yet needs to; at some point in the future, when people look back at this period of rock history, the sheer immensity of Swans accomplishment will come clear, and y'all will be very, very sorry to have missed out. It'd be like having a chance to see Jimi Hendrix or The Doors, and passing it up; the times obscure the magnitude of the choice you make, but trust me, if you get your hands on a ticket, go see Swans. 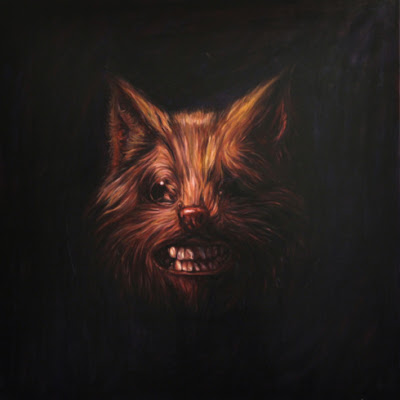 Posted by Allan MacInnis at 2:27 AM