The Dead Kennedys are not idiots

Whatever else you may say about East Bay Ray, Klaus Flouride, and DH Peligro, they're not idiots: they've picked three opening bands strong enough that there is now actually some lure to going to their Commodore show, October 2nd. I mean, it'd be a hoot to see the Dayglo Abortions at the Commodore, and I'd like to see the Jolts again, since I haven't really ever done them justice. I hear the Liquor Kings are great, too...

Don't get me wrong, it still seems lame for these guys to tour without Jello. I was talking to a friend of theirs, actually, and sorta waved my arms and said "it's like Doug and the Slugs touring without Doug!" and from his laughter I could see he saw my point (he had no idea that Doug and the Slugs reactivated with a new lead singer, not named Doug, after Doug died). Still, I gotta admit, I'm now kind of curious. I wonder how many people will attend; how many will go with the express purpose in mind of heckling; and how many will actually confess to having enjoyed the experience, at the end? (Fewer than actually do, I bet). 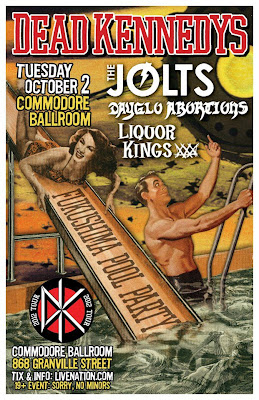 Meantime, did y'all see this? Some disrespectful mofo had this up on Facebook - frickin' funny. NO ONE WOULD HAVE DONE THIS WHEN JELLO WAS IN THE BAND: 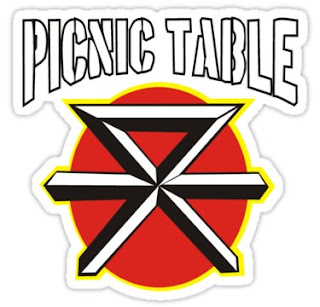