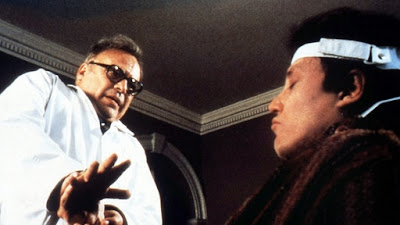 Herbert Lom died! (He was 95, and long inactive as an actor). Best remembered by me for his rich, deep voice, his delightful turns in the Pink Panther series, his unexpectedly benign doctor/scientist in Cronenberg's The Dead Zone, and various other genre films (like the infamous Euro-trash nasty, Mark of the Devil, with, if I recall, a dubbed Udo Kier!). Of course, there's also Spartacus and The Ladykillers... my respects to Herbert Lom and those who knew him, he's one of those actors who improved every film he appeared in...
Posted by Allan MacInnis at 11:21 AM