The Dick Knost Show: a puzzled review of a film I liked... 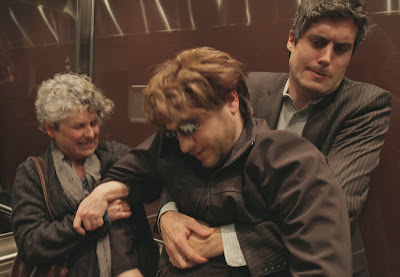 You know, a few critics out there really don't seem to like Bruce Sweeney's new movie, but I don't really understand why not. Ken Eisner dismissed it as looking "cheap and easy." Norm Wilner in Toronto is even less kind, describing it as "just plain bad" and a "cheap looking, meandering bust." Others have disagreed with the film's merits, as well, despite it winning the inaugural "best BC film" award (by the way, how is it that this is the first year the VIFF has had one of those? Am I missing something?). 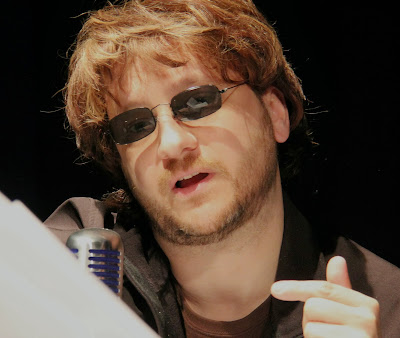 My response to the negativity the film is garnering is mostly one of confusion. I laughed aloud several times during the screening this afternoon, and wasn't alone in doing so; nor was I alone in the generous applause the film received at the end. Sweeney's writing was witty and entertaining throughout, and very timely (I particularly sympathized with one anti-Twitter rant that Gabrielle Rose's character launches into). And the performances - by Tom Scholte, Rose, and a few others Sweeney fans will recognize, like Cam Cronin and Laara Sadiq from Excited and The Crimes of Mike Recket's Paul Skrudland - were all very entertaining (though Scholte revealed in the Q&A that Rose, unlike Sweeney and Scholte, is by no means a sports talk fan, and simply learned to talk the talk for the sake of the film; she's perfectly credible, though I admit I kind of twigged that she was fakin' it - she overcompensates just a pinch too much...). Granted, it's a much, much lighter film than Sweeney's previous ones (but that makes it quite fun); it does have a bit of a low-budget look to it (but so what? it's a low budget film!); and it doesn't do anything radical or new with the language of cinema (but neither do 95% of the films that get made and praised). And I still like the idea of a filmmaker who makes films in Vancouver and sets them in here, peppering their screenplay with references to local place names and such (Burnaby and Richmond and the Mary Hill Bypass all get namechecked in this one). I wouldn't praise a film I genuinely didn't enjoy just because it does that, but I don't understand why local audiences and critics would not be predisposed to be at least somewhat on this film's side from the gitgo... the idea of BC film viewers supporting films made by BC filmmakers seems somehow foreign to our movie culture, here in Vancouver (apologies to Ben Ratner, by the by... I didn't make it to Down River, but hope to catch up with it at some point). 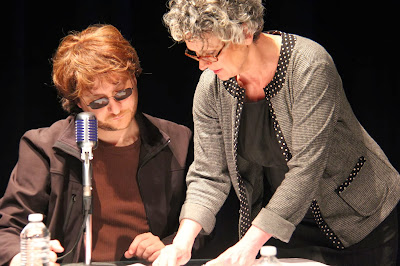 Of course, there are a few positive, thoughtful responses to The Dick Knost Show out there - the best is by Robert Bell, but there's also this by William Brownridge, say. So I'm not finding myself totally isolated. And there is the award (though sometimes political considerations enter into awards-giving processes, so I'm less inclined to place weight on that). I almost hesitate to recommend the film, because I have no confidence that the things I liked about it will be likable to others. Still, you do have one more chance to see it at the VIFF, on Friday; I thought this was a great little entertainment, very easy to watch, very sympathetic, and you might too...
Posted by Allan MacInnis at 1:12 AM