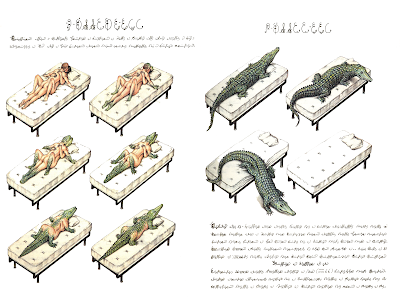 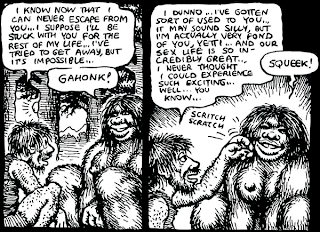 By the way, Willow Creek - Bobcat's found footage bigfoot film - is very entertaining and well worth checking out when it next screens (this Monday evening). I wrote about the film sight unseen for The Huffington Post, because Bobcat was insisting in not sending out screeners to press - which I'm grateful for, actually; while the attendance last Friday at the Rio probably would have been better had journalists been allowed to actually preview the film, I much preferred seeing it on the big screen with an audience than alone in my home office on a jerky Vimeo screener. So it was kind of like Bobcat took the hit so that those of us who DID turn out got the maximum out of it (I thanked him in person at the Rio, and I meant it - it was great seeing it for the first time that way). 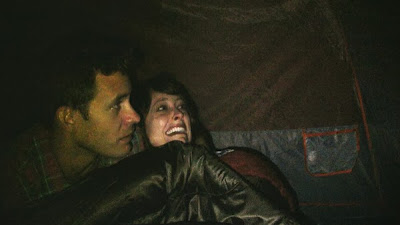 Willow Creek is actually a film best appreciated if you know very little about it, so if you haven't seen it yet, and plan to catch it Monday evening at the Cinematheque, don't proceed further, okay? I'll try to keep spoilers minimal but the following touches on how the film ends. Y'see - I had a funny experience, writing about Willow Creek without having seen it. Being a big fan of Carol J. Clover's Men, Women, and Chainsaws: Gender in the Modern Horror Film, in that Huffpost piece, I initially made a somewhat glib reference to certain motifs in the outdoor ordeals films that Clover writes about, which I was - with the help of a quote from festival programmer Curtis Woloschuk, who had actually seen the film - likening the film to. To be precise, after Curtis' line about the "comeuppance," I said, "it remains to be seen if bigfoot makes anyone squeeeeal like a pig in the movie." My editor removed the sentence before it saw print - maybe feeling it went beyond the bounds of taste. I must say, I'm very grateful she did, because in fact, I unintentionally gave away - though the film is a bit ambiguous - the movie's ending! 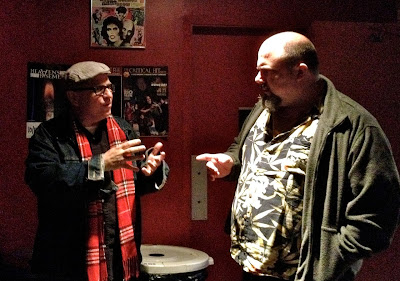 Bobcat and the author at the Rio, photo by Erika Lax

Anyhow, in the Q&A after the film, I got to personally recommend Carol Clover's Men, Women and Chainsaws to Bobcat Goldthwait, so that was fun. In a brief chat afterwards, he recommended in turn David J. Skal's The Monster Show: A Cultural History of Horror, which I have on my bookshelf and admire, though I've only read chunks of it (it's a big book and I haven't had the mojo to go cover-to-cover yet; Skal's point of view is a provocative and odd one, looking at horror movies in light of actual cultural developments from the time in which they were made - for instance considering slasher films in light of plastic surgery, or films like It's Alive and The Brood in light of debates about abortion and birth control). Nice to know Goldthwait is a sincere horror enthusiast - he's not just a dabbler; though really, Willow Creek is evidence enough of that! 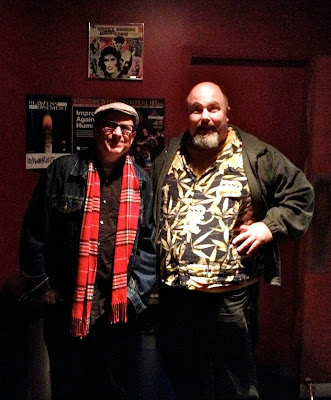 Photo by Erika Lax
Posted by Allan MacInnis at 8:03 PM