The last few days of the VIFF will be un-attended by me. It's been a good festival; I got to take in far more than I did last year, though the bulk of my viewing was for previews pre-fest. I was very impressed with how well the fest compensated for the lack of the Granville theatres, and blown away by a couple of the venues; The Centre for the Performing Arts, for instance, makes one hell of a movie theatre, with some of the best audio, in particular, that I've encountered (which was not my experience of it as a live music venue!). The SFU theatre was pretty darned impressive, too, though the seats have little desky-things attached, which is kind of amusing. For me, the big news to come out of the fest is that it looks like I'm going to talk to Ryszard Bugajski, maker of one of my top three not-released-on-DVD-yet movies, Clearcut; I'm very excited about that. I also got to see some very enjoyable films - including a couple I didn't get to write about here, like All Is Lost, which ended its VIFF screenings before I could get to it, or the very enjoyable, English-language Quebec drama Whitewash... 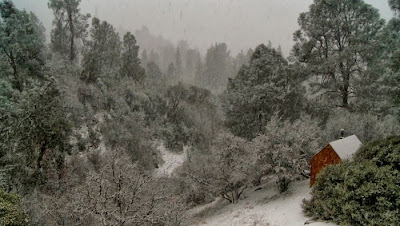 If I have one recommendation for a film that has a screening still to come, it's James Benning's film about the Unabomber, Stemple Pass. The formal ambitions of the film may sound daunting: the film is comprised, as the VIFF catalogue notes, of four static shots of exactly the same view, of an isolated cabin - built by Benning himself, to replicate Ted Kaczynski's digs. However, it goes by much faster than you might anticipate. The seasons are shown out of order, presumably to maximize the visual difference between them (they run spring-fall-winter-summer). Each shot lasts 30 minutes, about half of which is spent with Benning reading from the Unabomber's writings, and half in observation of the landscape. There is very little that moves on screen - at least at a speed that makes its progress noticeable. During fall, the smoke from the cabin's chimney seems to draw the eye back to it, time and again; it is probably the most visually dynamic element in the film, though spring and winter have highly visible weather (rain and snow). Things like the progress of the mist on the mountains in the background happens at such a creeping pace that you can't really see it while it's going on - you just glance back every now and then and note that things have changed. Ditto the progress with the light, most dramatic in the last segment. The friend I caught it with thought that these quiet moments lasted a bit long, and certainly they do present a challenge to the viewer, to find a way of engaging with them; it is impossible - at least for me - for the mind not to wander, getting lost in its own tangles and intoxications. You'd have to be a Zen master for it to be otherwise, I imagine. Time and again, I'd catch myself in mid-drift and come back to the film, to try to figure out what to look at next, how to focus. Such experiences aren't unlike meditating in (and on) nature, however, so the challenge has value even in its drifting-and-coming-back aspect; and the audio is constantly interesting (Benning chooses a location where there is a stream running in the background, for instance, and includes on the soundtrack a few minor surprises, which I will allow you to be surprised by - though of course, there is plentiful birdsong). 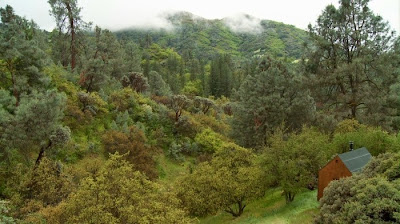 What is most interesting about Stemple Pass is the narration. Benning reads from various sources, with explanatory titles for each; these writings are used without Ted Kaczynski's permission, and in one case, the titles explain, were written in code only translated in 2011. Divided also into four segments, the themes are as follows - though perhaps you should only read on if you're not yet convinced you need to see the film, or if you've seen it already, since part of its interest is that much of what Benning reads is new and startling:

1. Kaczynski writing in a journal from the early 1970's about his hunting and explorations of the landscape. This section is devoid of any overt political meaning - though Kaczynski's concern for autonomy is evident; at one point, a neighbour whom he'd helped with some wood gives him a bundle of food, including some wieners, and Kaczynski observes that it is difficult to explain to the man that he'd rather subsist on meat he hunts than donated frankfurters...

2. Kaczynski writing - in a package he'd hidden and secreted separately from the rest of his writings - about his early experiments with crime and sabotage, including putting sugar into gas tanks and stringing wires across roads in the hopes of beheading a motorcyclist. While there are passages that suggest self-doubt and ambivalence, there is a real nastiness and an absence of normal human conscience that creeps into much of what Benning reads - and a very interesting revelation, which I believe comes in this segment, that what Kaczynski is doing is not motivated by ideology or a (deluded) desire to change the world, but from a personal drive for "revenge" - Kaczynski's own word - on society, for having deprived him of autonomy...

3. Coded writing about building bombs and mailing them to people, including revelations about how disappointed Kaczynski was that many of his bombs failed to kill anyone or inflict permanent damage. If Lutz Dammbeck, maker of another essential documentary about the Unabomber, The Net - apparently viewable on Youtube here - is guilty at times of insensitively under-emphasizing the violent, hateful, destructive nature of Kaczynski's actions, focusing instead on the more compelling aspect of his ideas, to the extent of deeply offending some of the Unabomber's victims - Benning is unflinchingly honest, doing nothing whatsoever to whitewash Kaczynski's crimes; if anything, Benning undercuts the "Unabomber Manifesto" by making it very clear that the ideas in it, compelling as they might be, spring from personal damage and antisocial longings. Benning puts the horse squarely before the cart, where it belongs.

4. Still, he does read a passage from the manifesto in the fourth segment, about the power process and how technology has deprived people of autonomy; then he reads a passage from a late interview with Kaczynski that returns us to hunting in the forest. In each case, Benning's voice eventually disappears and we are left with the sounds of nature, to contemplate what we have just heard, and to situate Kaczynski's thoughts in the environment in which he spent the most time. Then there is an abrupt cut to black, and silence, and another title, and then a title announcing the season, after which we are primed for Benning to begin the narration yet again. 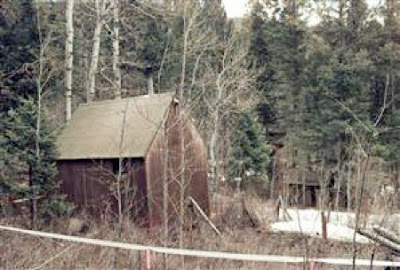 It's a fascinating film. Anyone at all inclined to meditate in nature; anyone with ambivalences about modern society and technology, who has any romantic attraction to the notion of dropping off the grid and living off the land; and, indeed, anyone fascinated by the case of the Unabomber (and/or his ideas) will find this a compelling and unique film experience. It's certainly the most thought-provoking of the films of Benning's that I've seen (which thus far include 13 Lakes, a botched, audio-free projection of 10 Skies; RR - which is a veritable action/comedy compared to his other films; and Ruhr).

Stemple Pass plays again on Thursday night and is highly recommended. Bobcat Goldthwait fans should note, for maximum crossover appeal, that Willow Creek - the creek, not the film - gets a mention, which really does emphasize - as I wrote for the Huffington Post - that there was a strange thread through many of the films this year, of rugged survivalism and ordeals in nature. Stemple Pass is the most cinematically ambitious and philosophical of these films. People curious about it are urged to experience it theatrically, since Benning's films really need to be taken in that way; seeing them where you have the option of pausing them rather defeats the purpose... 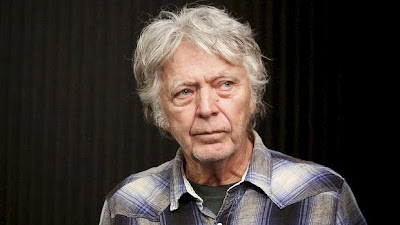 Note for anyone wishing to comment on the above: comments remain turned off for the time being, since I was getting too much spam, but if you wish to interact with me, click on my profile, click on "Contact Me," and make it known whether your comment is for public consumption or not; if it is, I will post it here myself.
Posted by Allan MacInnis at 9:14 AM