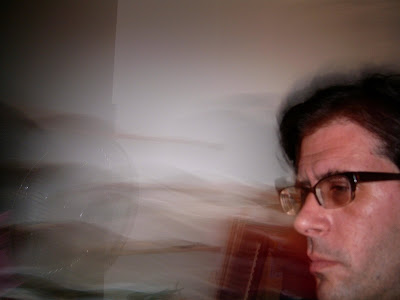 I haven't had a chance to talk to Zev Asher about Torturing Nurse yet - I'll be watching his new film on Monday for the first time, same as most of you, and hopefully he'll be here to answer questions - but for the first time online since Terminal City tanked, here's my interview with Zev about his film Casuistry: The Art of Killing a Cat, written in 2005 to promote the Cinemuerte showing of the same:
In 2001, Ontarians Jesse Power, Anthony Reyan Wennekers, and Matthew Kaczorowski videotaped themselves killing a cat as an art project, allegedly to protest the cruelty of factory farming. Stoned on the powerful hallucinogen datura, they bungled the operation, killing the cat – whom animal rights activists later named “Kensington” – in what filmmaker Zev Asher has described as a “grotesque and inhumane” way. When one of their roommates discovered the skinned and decapitated remains of the cat in a beer fridge, he phoned the police. This led to the vilification of Power and his cohorts by animal rights activists and their arrest, amidst much media attention. One of them, Matt Kaczorowski, fled and hid in Vancouver for two years before being caught. The case, and the reaction to it, is the subject matter of Casuistry: The Art of Killing a Cat.

Director Zev Asher was aware he was tackling controversial subject matter for this, his second documentary feature, but he notes, when the film debuted at the 2004 Toronto film festival, “the amount of attention it received was quite staggering and took me by surprise.” Much of this attention was negative; Asher was assumed to be a “confederate” of the cat-killers, and outraged animal rights activists, who had not seen the film, turned on him, condemning Asher, trying to cancel the screening, protesting outside the theatre, and chanting “shame” and shouting abuse as he was ushered in by security guards.

This aspect of the public reaction was surprising to Asher: “I didn't expect to be vilified outright. I hoped that people would have the courtesy to watch the film before making comments about it or about me.” Asher says he is still amazed at “the knee-jerk reactionary stance” taken by some of the animal-rights groups involved, who compared him to Jeffrey Dahmer.

Things went particularly awry when Jesse Power attempted to see the film at the TIFF. Protestors hurled insults at him, and Power reacted; as the scene turned ugly, police intervened, leading Power away in handcuffs, with news cameras rolling. This accelerated the media’s interest in the story, elevating it to “surreal proportions:” it “was reported on the websites of the BBC, CNN and a host of newspapers around the world.” Asher found articles on the film and the story from South Africa, Australia, Hungary, Japan and elsewhere; he comments that “it was quite an interesting look at how hungry the world's media is for sensationalistic stories.”

Hysteria generated by the film didn’t stop there. TIFF programmer Sean Farnel received death threats from an anonymous cellphone caller who threatened to “shove knives in his eyes;” and there were bomb threats, somewhat to the filmmaker’s delight, when the film played in Melbourne. Much of the attention generated has proved the old saw that there’s no such thing as bad publicity. The film ran at rep theatres New York and Austin and at festivals in San Francisco and Brooklyn, and Asher was invited to attend a Canadian film festival in Taipei, where Casuistry screened with Chinese subtitles. Pressure from animal rights activists, however, may have led to the cancellation of the screening in a Tampa, Florida festival.

All of this is a fair bit of attention for a film made on a budget of a few hundred dollars for digital videotapes, “along with a few hundred hours spent crouched over an iBook.”

I asked Asher which group made him more uncomfortable, Power, Wennekers, and Kaczorowski, or the animal rights activists who protested their actions and Asher’s film. “The animal rights activists make me more uncomfortable because I don't understand their motives. The film serves their cause very well. They are simply too closed-minded to see it in that regard.” Though he notes that Power, despite what he’s done, is “a nice guy,” Asher is unambiguous on the point that he is “against the harming of animals for art.” He adds, “I think harming certain animal rights activists for the sake of art could be okay.” (Rick Gibson could not be reached for comment).

Not all attention from animal rights groups has been so negative, though. “The SPCA in NY contacted me and ordered a DVD to use for training police and mental health workers in regard to animal cruelty cases. This was gratifying after all the mud-slinging.”

Anyone nervous about seeing the film at the Cinemuerte festival this weekend should note that, though there is no footage from Power’s video used in the film, there is footage of a cat vivisection from a 1980 performance art piece. Asher himself describes the film as somewhat “unpleasant” and “somber,” and says that audience members have told him that it is “the most frightening film they have ever seen.” In any event, it’s bound to generate strong reactions.

Casuistry (kazoo-istry) is an uncommon word defined as “specious or excessively subtle reasoning intended to rationalize or mislead.” Casuistry’s director, Zev Asher, is a former Vancouverite, and an ex-member of the Osaka noise band Nimrod. His previous film was the documentary What about Me?:The Rise of the Nihilist Spasm Band, chronicling the 40 year history of the legendary London, Ontario noise art band. He is currently en route from Montreal to Venice, Italy, to work on his third film.
Posted by Allan MacInnis at 11:37 AM