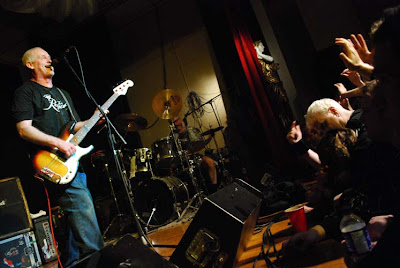 Nomeansno at the Royale Banquet Hall, by Femke van Delft, not to be reused without permission.

Seriously? You're whining about not being on the guest-list? Sad.

Actually, I'm providing context, for whatever it's worth, for telling people about a weird dream I had with John Wright in it.