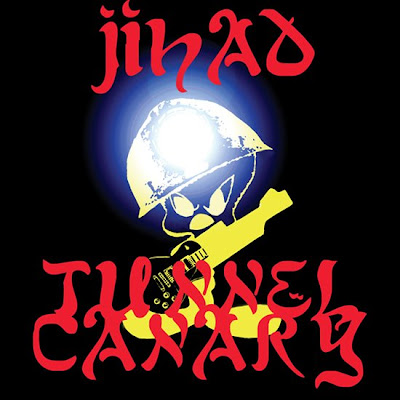 Okay, well - things have gotten a little less certain, folks. Zev Asher may or may not be in attendance, it turns out; we'll have to see on Monday. Circumstances beyond anyone's control are dictating the way that plays. But, with or without Zev:
THIS MONDAY NIGHT, MARCH 7th, IS NOISE NIGHT AT THE VANCITY THEATRE
It is also my birthday, but unlike past birthday events, this time it won't be free. Sorry. At least some people will need to be paid. For what it's worth, I will not be one of them. The cost is $11, but boy will you get a lot of interesting experiences for that $11.
There will be prize draws. There will be merch. There will be guests. The event starts at 6:30, but I'd come a bit early, since special things may be happening before that. 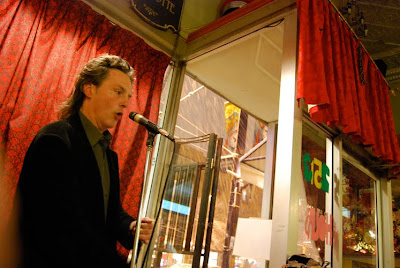 At 6:30, after some preamble by me, the Minimalist Jug Band will play. He is not, technically, a man associated with the field of noise. The term, applied to the music he makes, would definitely have pejorative connotations; he will, in fact, be the most conventional musician in attendance this evening, which I'm sure will be a first, for him. 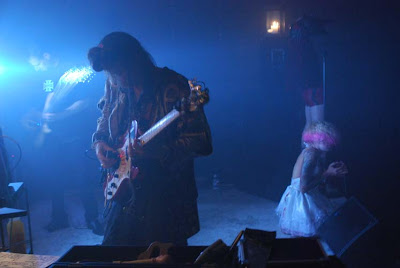 Tunnel Canary at the Sweatshop, 2008. Photo by Femke van Delft!

After Al plays, there will be a Tunnel Canary moment - we will all close our eyes and listen to Jihad for a little bit. And around 7:00, we'll screen the Tunnel Canary documentary (which I am in!). This is a LONGER CUT of the film than screened at the Sweatshop. Original Tunnel Canary vocalist Ebra Ziron, I believe, will also be in attendance! 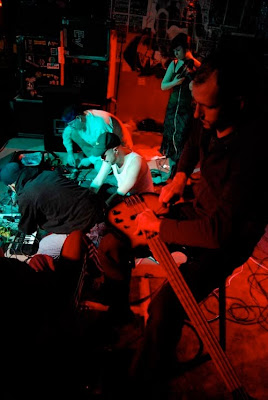 After that, sometime around 8 o'clock, Ejaculation Death Rattle will play in the atrium of the theatre. Exactly which members will be in attendance is unclear to me at present, but there'll be a few of 'em! 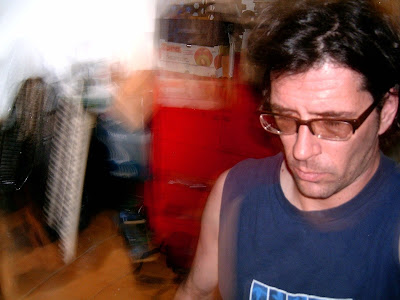 If Zev Asher does make it to the show, he will be turning up sometime after that and doing something. If anyone wishes to perform ritual magic to help this come to pass, they are welcome to. Please don't slaughter any animals, though. Note: my first real, published piece of journalism anywhere in the world was my interview with Zev about his film Casuistry, in the terminal issue of Terminal City, circa 2005, dealing with a controversial Canadian cat killing case. It's been a busy few years since then!
Even if Zev can't be there, what we do have, for sure, is Zev's new film, Subcultural Revolution: Shanghai, a documentary about Chinese noise band Torturing Nurse. I have not yet seen this film myself, save for a brief preview of the first few minutes, but am much looking forward to it. 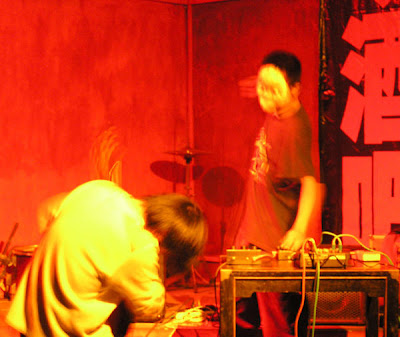 Torturing Nurse, as lifted off their Myspace page

Other special guests will be in attendance and may do something, which will be dependent on weather and other factors not easily controlled. I will certainly be there! And it will be my 43rd birthday! Noisy birthday to me!
Posted by Allan MacInnis at 7:33 PM