Scratch closeout, Strugglers, Down By Law (the film AND the band)... a few brief things... 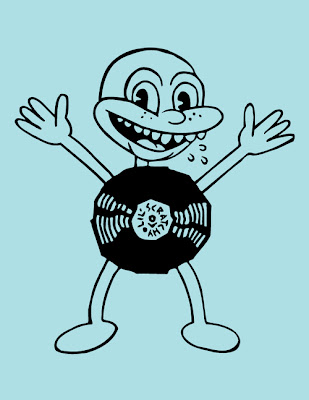 I'm in the midst of what may prove a momentary patch of non-enthusiasm for blogging. Working on paid stuff, trying to figure out what the next phase of my life will entail, looking for very light film entertainment for Ma and I to keep the summer heat at bay, and kinda sad about how many cultural institutions about Vancouver are dropping off the map for good.

Scratch Records closeout sale finishes this weekend, 70% off stock on Saturday, 80% Sunday, then that's it, storewise. Scratch have always been my favourite local record store to shop, at least until their ill-fated relocation to crack dealer row. I learned about a lot of great music bugging Keith downstairs at the original Cambie Street location; he was the man who turned me on to Jandek, Daniel Johnston, Borbetomagus (whom he described as music to clean house to), the Sun City Girls, Godspeed You! Black Emperor, and who-knows-what-all-else. Haven't been able to shop there much lately - their weird, one-day-a-week hours haven't meshed so well with my suburban relocation - but all the same, I'll miss Li'l Scratchy, the best record store mascot ever.

Carson Books and Records Broadway location closeout persists til the end of August - I gather that stuff is down to 60% off (though you may have to buy a few items to get that rate). Lots of books and records left, though - tons of jazz, blues, folk, rock, reggae, even a couple small punk and metal boxes (ask where they are if you don't know, stuff isn't exactly labelled!). I'll pull a shift there Saturday night for old time's sake, for all you stalkers out there. Feel free to ask me to spin records, if there's stuff you want to hear. My fondness for Carson's has more to do with personal matters (I've done business with Tim as a bookscout for years), but they still are a great little shop, entering their final month of business.

With losses as big as these, we gotta be grateful that there's still stuff happening to feel good about. Mr. Chi Pig was in amazing form at the SNFU show the other night; it was one of the best sets I've heard from the present lineup of the band, and (having written in The Straight that the band couldn't possibly be long for the world) I was happy to stand chastened at how much energy they put out. Truly humbling, and VERY entertaining, as was an insane opening set by The Strugglers, with Bert from the Little Guitar Army seeming truly possessed on vocals (horrible audio, but there's a clip here - the band also did inspired versions of "Sonic Reducer" and "Pay to Cum"). I didn't realize they'd ever released an album, and now I NEED it. GREAT bad cellphone photo: 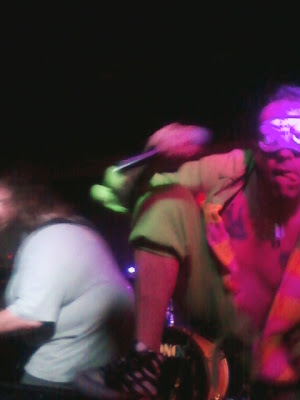 Punkrockwise, what else is there to say? Y'all are going to see The Meatmen on August 9th, right? (See my plug for the Touch and Go anthology below - if you're at like me, this book is a must-own and will be an endless source of amusement. Plus note that advance tickets for this gig are ridiculously cheap - a mere $6!). Also, I'm going through a huge Gary Floyd phase at the moment, catching up on all those great Sister Double Happiness albums I ignored at the time, so I'm very happy to note that Alternative Tentacles has reissued The Dicks albums on vinyl and CD - something that was long overdue. 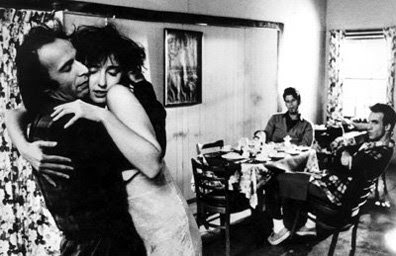 Film-wise, one of Jim Jarmusch's most entertaining films, Down By Law, starring Tom Waits, John Lurie, and Roberto Benigni, will get a Cinema Salon screening at the Vancity Theatre on Tuesday, August 7th. It occurs to me that I have never seen this film in the proper "church of cinema" environment, with an actual audience to share the experience with. As many times as I've seen this movie - a dry, hip, very funny film, beautifully photographed by Robby Muller - I think I might actually make a trip for the privilege of seeing it with people. There's an amazing John Lurie print viewable upstairs, en route to the balcony, by the way...

More to keep abreast of weird coincidences than because I'm a fan of their music, I must also note that Down by Law, the punk band, will be playing Funky Winkerbeans on August 11th. I personally find that Epitaph/ Vans Warped sound kind of grating - "punk as commodity" - but no doubt a whole generation of people have baby duck fondness for it, as their entry point into the music, and who am I to begrudge them, just because I started with the Sex Pistols, DOA and the Dead Kennedys?
Anyhow, this may be my last blogpost for awhile... just not feeling it. Have a good summer!
Posted by Allan MacInnis at 1:01 PM