Beyond the Black Rainbow, SNFU, Douglas Sirk and Rainer Werner Fassbinder: a good week in Vancouver 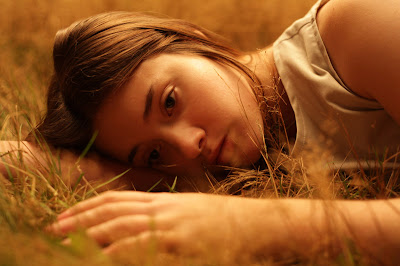 Having seen it twice now, both times in altered states, I think I can now safely and confidently describe Beyond the Black Rainbow, opening on Friday at the Vancity Theatre, as THE Great Canadian Trip Film (or the Great Canadian Drug Film, if you prefer, though its not ABOUT drugs so much as it is ON drugs). I can think of no other serious contenders, actually - if there's been another such work of profoundly psychedelic cinema made in Canada, I haven't seen it (I don't count the works of Cronenberg as psychedelic, not even Videodrome; I suppose there's Reg Harkema's Manson movie, Leslie My Name Is Evil, but it's druggy in a more playful, stoner-y way, nowhere near as visually or sonically immersive as Beyond the Black Rainbow). I was reading in an interview with director Panos Cosmatos that Saul Bass' Phase IV, of which I hosted a free screening a few years ago, also at the Vancity, was an influence - it makes perfect sense, because every image has been crafted with great care (there are even a few insects in the film, filmed with all the care employed by the late, great bug photographer Ken Middleham). The production design is astounding, and there are various shots that are simply breathtaking, stoned or not, from heads that melt upwards into otherworldly skies to - well, the following is a pretty special moment:

Despite a  low budget and a relatively young group of people at the helm, Beyond the Black Rainbow eats up and spits out the 2001 Stargate sequence, placing itself squarely on a very slim shelf, with Performance, Lucifer Rising, Zabriskie Point, Stalker,  and other films that absolutely, fundamentally ought to be seen while tripping (marijuana is actually not the right drug here - we're talking 'shrooms or acid, to do this experience justice). It even consciously encodes a critique of the boomer trajectory (from LSD to Yuppiedom and beyond) in its text. Jeremy Schmidt (music), Joshua Stevenson (music mixer), and Eric Paul (the sound designer) deserve immense credit for the SOUND of the film, too - this would be a great movie to watch with headphones on; the music (and the room tones, which are boosted at points to the level of becoming a sort of ambient music in their own right) are as rich and interesting as the visuals. I don't know at yet if I'll be able to post another interview - requests are out there, but nothing is confirmed - so let me just reiterate, oh ye heads of Vancouver: not only should you see this film, but you should see it in as altered a state as you feel comfortable experiencing in a movie theatre. You will be very glad you did. See my interview with cinematographer Norm Li, csc, below, for more, and note that Norm Li and director Panos Cosmatos will be in attendance on Friday!

Also on Friday: for those impatient for Chris Walter's booklaunch for his SNFU bio, SNFU: What No One Else Wanted to Say, slated for July 21st at Funky's, SNFU will be performing at the WISE Hall in East Van, with the East Vamps and Left Spine Down. I had the privilege of reading a manuscript version of Walter's book, and am happy to report that it's really kinda great. Much as I've enjoyed some of Chris' books, I actually wasn't a great fan of his Personality Crisis bio, and only skimmed the Dayglos one, but he's really hitting his stride with the new one; it's one of his most enjoyable reads, filled with vivid details of the troubled trajectory of a great Canadian punk band, hooking you into the story of the Belkes and Chi and the various other members who have come and gone over the years, starting from how punk seemed so promising to a bunch of young ambitious music lovers growing up in the prairies, tracking them over constant tours to the peak of their success (which for awhile there was quite considerable) to their eventual diminishment and break up. SNFU's ill-preserved legacy - several of their albums are out of print and hard to find - is still kept alive by Chi Pig and his current cohorts for the faithful, but even that incarnation is probably nearing its last chapter, as Walter himself says at the end of the book (whether Chi actually does have one more album in him, as he told me awhile back at Funky's, remains to be seen). Anyone who has been meaning to check out the current lineup, or who hasn't been to a SNFU gig in awhile, might want to pencil both these shows two into the calendar. I never did get to see the Belke lineup of SNFU, but I've enjoyed every single gig of the current version that I've seen, and may well go to both of these. For all his health (and other) issues, Chi remains a consummate showman and an utterly sincere figure - a living testament to what is both profoundly inspiring and self-destructive/ self-defeating in punk. There won't ever be another Mr. Chi Pig... 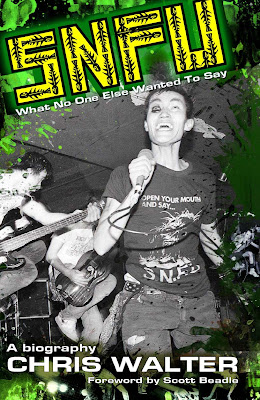 Returning to cinema, what a great idea it is of the Cinematheque's to run Douglas Sirk's magnificent and influential melodrama-cum-social-critique, All that Heaven Allows, back to back with Rainer Werner Fassbinder's moving, unsettling take on it, Ali: Fear Eats the Soul. The latter is perhaps the greatest film about the effects of loneliness ever made - certainly one of the greatest I've seen; the story involves an older German cleaning lady who ends up taking a Moroccan migrant worker as a lover, only to discover just how little those around them, on either side, are prepared to tolerate their relationship. To really make a perfect triple-bill, I'd have suggested, instead of The Marriage of Maria Braun, to do the OTHER great film that lifts most of its ideas and themes from Sirk, Todd Haynes' Far From Heaven, but I suppose that's a film many people have seen, some without even realizing its a homage to Sirk's movie. All three films deal with the ways that social structures (including capitalism, classism, race and racism, and ageism) inform and imperil human relations; all three films have their j'accuse moments, and will make sympathetic viewing for punks, malcontents, and outsiders, but this is especially true of Fassbinder's version. His Sirkian melodramas remain my favourite of his films, and I also highly recommend Fear of Fear, Mother Kusters Goes to Heaven, and The Merchant of Four Seasons - other Fassbinder favourites of mine that are running as part of the Cinematheque's retrospective. Also, to see what Fassbinder does when it's Philip K. Dick, and not Douglas Sirk, who is acting as his spiritual guide, World on a Wire is quite a delight, anticipating virtual reality and films like Inception by decades... Some really great cinema coming up in Vancouver... 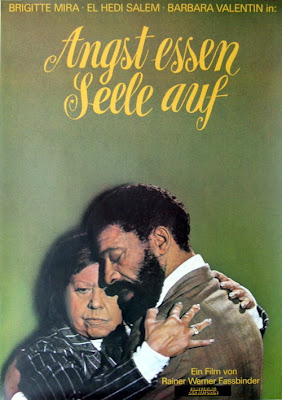 Posted by Allan MacInnis at 1:00 AM