It's a Sonny Dean Christmas! (or solstice spectacular, or birthday party, or...) 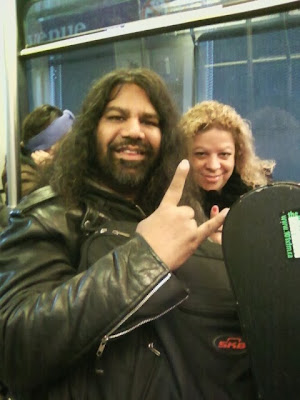 Sonny Dean and his girl Darlene, photo by Allan MacInnis

There is very, very little likelihood that I will turn up at the Sonny Dean birthday bash, to be held Saturday December 21st at the Princeton Pub, but that didn't stop me from interviewing the dude twice this week for the Straight - once about the bash, and once about the shocking discovery that he appears alongside Will Ferrell in Elf, which happens to be my girlfriend's favourite Christmas movie.

Girlfriends actually play a larger-than-average role in this story, truth be known, since it was actually Dean's girlfriend Darlene who, when I ran into them on the Skytrain a few weeks ago and, out of habit, gently pumped them for newsworthy news, suggested that I do something to plug the birthday bash. Mostly Sonny and I were talking about how he needed a new band to play in, since the Little Guitar Army had "died the death of a thousand cuts," as he put it. (Those unfamiliar with their singular genius need only go here for convincing). I immediately got excited on hearing about the proposed jam session/ party and started texting as much as I could of Sonny's explanation to myself, which I later confirmed by phone. Birth of a news item! 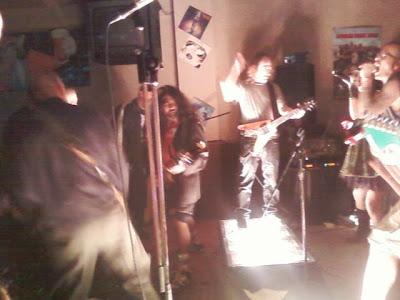 The irony is, I will probably be with my girl Saturday night, trying to recuperate from Christmas stresses and having a night in. What will we do to pass the time, you might ask? By no small coincidence, the plan at this point is to watch Elf. Which I am suddenly much more excited to see again, having written the above stories... Now I know that if I see someone in a movie who looks like Sonny Dean... if it's shot in Vancouver, it very likely is!

Happy birthday, Sonny! Have fun at the Princeton! 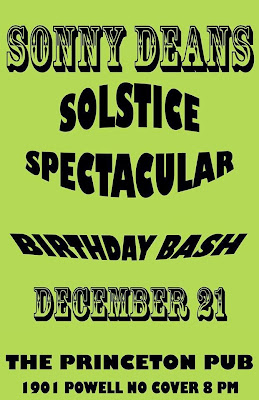