Only God Forgives on video now 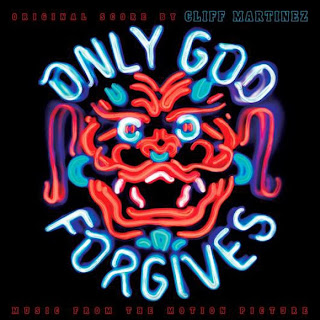 You know, I really like that Refn dedicated Only God Forgives to Jodorowsky? Suddenly, on my second viewing, having seen the dedication last time out, I'm watching the whole film through the filter of Santa Sangre - comparing evil Moms, the whole thing about hands and accountability... The film is dissimilar enough (no circuses, elephants bleeding from their trunks, knife-throwing) that without the dedication, in fact, the relevance of the comparison might not have immediately occurred to me - though it's obvious once you're told. It's almost like the dedication serves as a critical cheat note, a friendly way for Refn to invite viewers to consider his film in a new light.

Only God Forgives is out on video now - really worth a look, for those with a taste for stylishly cinematic, coolly artful, and psychologically rich acts of sadism, masochism, and general violence and sordidness, all with a Tangerine-Dreamy score (Cliff Martinez' score for this is so cool, you can buy it on vinyl.)