A sudden fondness for David Hasselhoff, re: Doc Neeson 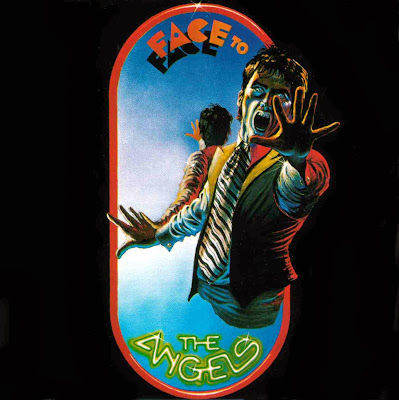 Jeez. I didn't expect that I'd ever have cause to feel fondness for David Hasselhoff. I mean, no offense to him, but why would I? Was never much a Baywatch type, and while I guess his poking fun at himself in Piranha 3DD was kind of cool, the movie was crap. But here he is, giving an awesome introduction to Doc Neeson at a benefit for Doc last April; the moment is touching, cool, funny, and indubitably sincere as hell. (Neeson, the lead singer of the original Angels, AKA Angel City, has been receiving treatment for an aggressive brain tumour; fans can support him by buying merch from his official Australian eBay page). It might help Angels noobs to note that what you see in action is a call and response that has evolved over time in live performances of "Am I Ever Gonna See Your Face Again": the audience answers the question with "no way - get lost - fuck off," which I believe you can also see captured in Jane Campion's film Holy Smoke...

I've been spinning the Angels more than usual this week, and wishing Doc well. A few favourite Angels songs here, here, here, here, and here. I wonder if Nick Cave was ever an Angels fan?
Posted by Allan MacInnis at 1:57 PM