I'm not sure what I want to do, exactly, with my big Zev Asher interview - I'm exploring a few options - but I've posted a few tidbits on Facebook to help promote the film screenings tomorrow night. Might as well post them here, too! It's been a real pleasure to revisit this conversation, though bittersweet in context. It took place between March 7th and 9th, I believe, mostly around the Gastown area. Thanks to Erika Lax for the great screengrabs from videos on Youtube (the first two are from a pretty-hard-to-listen-to series of clips of BustMonsters, a Japanese noise supergroup Zev played in, and the second are from super-cool clips of Nimrod, featuring Mayuko Hino and Tim Olive (Sam Lohman is never clearly shown). 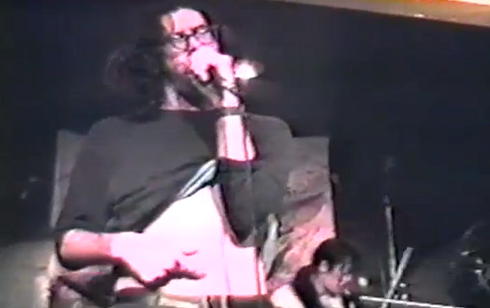 On playing with Masami Akita (Merzbow) during his time in Japan:

Zev: Masami Akita said, “let’s try doing this thing. Flying Testicle, you like that name?” Yeah yeah yeah, it works! And then a larger band, they called it a supergroup, called Bust Monsters. I had a New Zealand roommate, sharing the same sort of crappy old Japanese house. He was downstairs, I was upstairs - a surfer guy. He said (puts on Kiwi accent), “I never met a fackin’ Jew before - no offense mate!’ He told me that Kiwi slang for a slutty girl was a “Bust Monster.” “Bush Pig” was the other one. So I dropped those names and they liked Bust Monsters. I guess the Godzilla thing…

On his film about the Nihilist Spasm Band (the first film to screen tomorrow).

Allan: You were in Japan when the Nihilist Spasm Band CDs came out on Alchemy, right? Your time over there overlapped with that?

Zev: I was quite shocked to find that a lot of these noise guys were quite familiar with the Spasm Band. In fact, one noise guy, after a gig - I don’t know if you ever went to one of these, but it was standard that all the guys would go out to an izakaya (Japanese bar) and blow all the money we made on booze and food, and one of these guys was in Incapacitants, another noise band, a really good one. He jumped up on the table - this guy is a banker by day, and a Spasm band fan the rest of the time. And he jumped up on the table in this bar and started shouting, “No Canada!” He went through the whole song, all the lyrics. I was shocked and delighted…

A: And when you came back from Japan, you wanted to make a film about them…

Z: …because of the interest in Japan I saw. I was proud to be Canadian. I mean, they’d talk about Cronenberg or something like that, but it’s rare that it comes up. They never discussed April Wine or stuff like that. 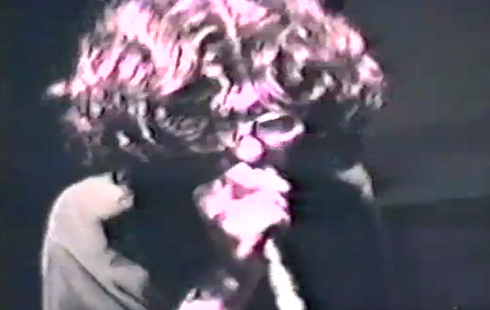 A: Did you find yourself getting more nationalistic over there - more proud to be a Canadian in Japan?

Z: Certainly, because there’s anti-Americanism everywhere, and I’d always correct people: “no, I’m Canadian,” and you’d get a warmer reception. I wouldn’t wear a flag on my backpack like a lot of tourists do, but… people were more receptive.

A: I think that’s an American thing, wearing a Canadian flag on your backpack. 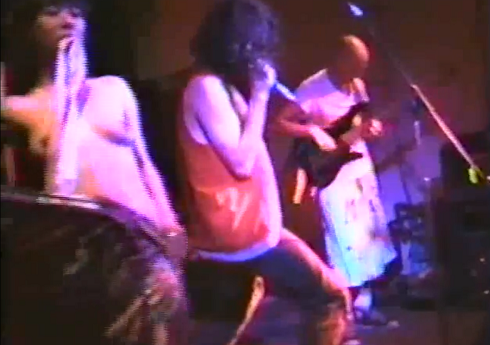 On the video he played at Noise Night 2011, to accompany his musical performance, before his screening of his documentary on Torturing Nurse, Subcultural Revoution: Shanghai (also screening tomorrow):

A: Is video a regular component of your performances?

Z: Yeah, since I got into film. Especially if I’m playing a laptop or an iPod, in this case. It’s like cheating the audience if there’s nothing else to watch. I’ve seen plenty of shows of a guy sitting in the spotlight or in the dark - okay, it’s fine, but keep it brief. Some of them go and on. And I’m just a fan of visuals.

A: What were you doing yesterday?

Z: That was a DVD I made in China for a festival there, and it just seemed to fit perfectly. It was outtakes of that film.

A: I noticed you cut some hardcore into it.

Z: That was a Chinese band. It was all shot in China.

A: Was there a reaction?

Z: It was so brief and subtle - no, I just got a few nudge-nudge wink-wink reactions, but nothing major.

A: Were you disappointed?

Z: No! I didn’t even know people would notice it, but if you did then I guess it’s pretty obvious.

A: It pops up twice!

Z: But quick. It’s just me being cocky. 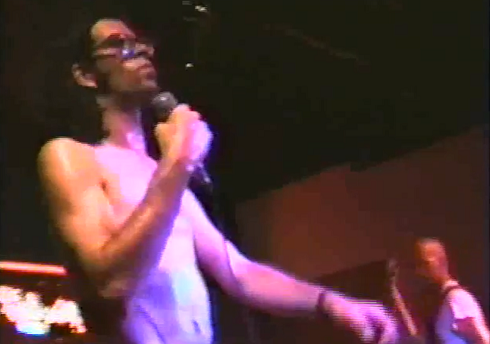 Tomorrow's films are a three-for-one treat. Hope to see some of y'all out there (I have no excerpts about Casuistry but my interview with Zev about that film is here).
Posted by Allan MacInnis at 11:10 PM