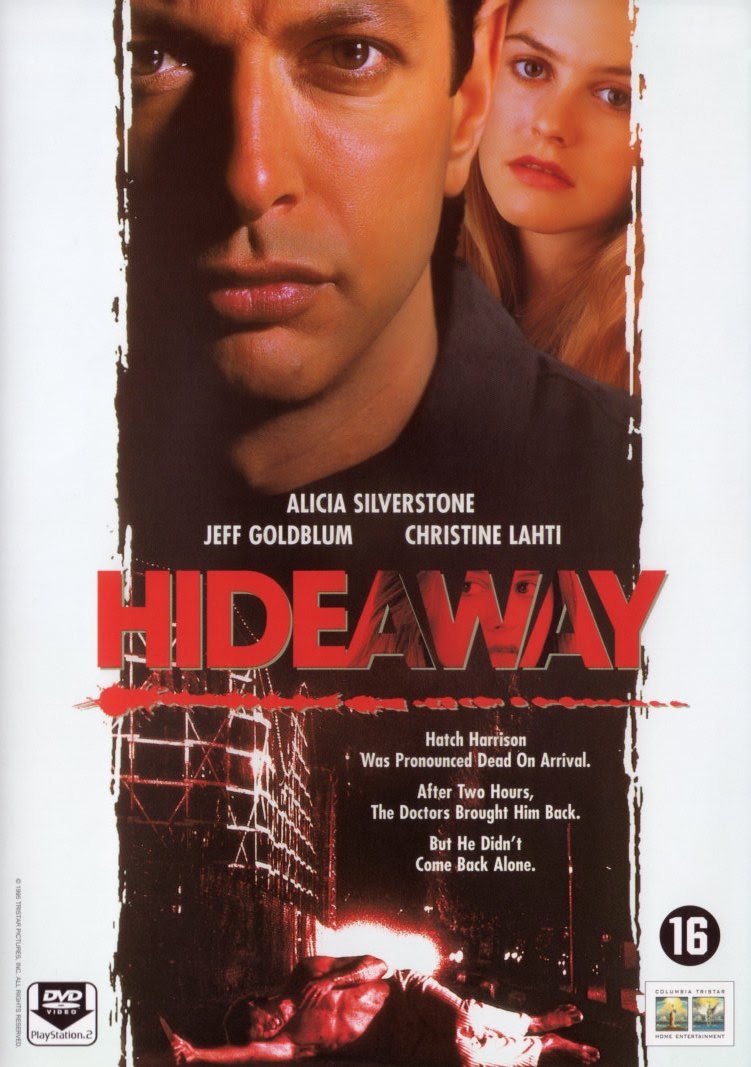 By damn, if Hideaway isn't the perfect 90's SF/ horror entertainment, especially from the perspective of today. It's a very silly movie, but crazily inventive and possessed of integrity in its silliness; people who love genre movies, or who spent a lot of time watching movies like this in the mid-1990's, will be amply entertained by it, especially if (as I did) they ignored this one at the time. Against the critical mainstream (and the author of the novel, Dean Koontz, who hated this film), I will here happily side with the late Roger Ebert (one of two critics on R/T who gave the film a positive review; the other is here). Saith Ebert:


It belongs in the category of Wretched Excess, which is a category I am quite able to enjoy. I can think of carloads of movies with more probity and higher intent than "Hideaway." But what "Hideaway" delivers is the sort of experience I occasionally crave at the movies: lurid, overwrought melodrama and an ending that shoots for the moon.

Shot in BC - IMDB names Brittania Beach as a key location - Hideaway has two visible local touches: there's ample use of the roller coaster at Playland as a set/ background, and there's a DOA t-shirt in plain view, pinned over the wall above Alicia Silverstone's bed in the film. (There is also a club location and a rock band onstage in one scene that I did not recognize and cannot find easily online, but this was when grunge was just entering its decline; a plot point involves a Pearl Jam concert, for instance, tho' the band in the aforementioned scene reminds one more of Helmet than Eddie Vedder). Jeff Goldblum is his perfectly entertaining Jeff Goldblummy self, provoking fond thoughts of other culty b-movies he popped up in back then, like Mister Frost. There's a solid performance (in a somewhat thankless role) from Christine Lahti (whom I always admired for holding her own against John Cassavetes and Richard Dreyfuss in Whose Life Is It Anyway?, but who is also terrific in Bill Forsyth's under-appreciated, also BC shot Housekeeping), and Alfred Molina is always entertaining, here playing a doctor with a secret, somewhat in a Cronenbergian mode. (I've got nothing much to say about Rae Dawn Chong or Ms. Silverstone, but they do solid work). Not only is it fun to see what all these people were up to in 1995, but the cheesy, overblown, but still-kinda-fascinating CGI effects are a hilarious look at a road not taken; they'll remind you so much of The Lawnmower Man you won't be surprised at all to learn the two films have the same director, Brett Leonard.

And hey, how can you beat a story like this? We begin with a young man staging an occult ritual. Downstairs, his mother and kid sister kneel before a picture of baby Jesus. Within minutes, we will discover that they are actually corpses, tied into this position by their killer - the young man - who is listening to heavy metal, lighting black candles, and planning a ritualistic suicide, falling on a blade whilst devoting his death and afterlife to Satan. He does this just as his father arrives home, too late to save anyone... We then plunge into excessive CGI as we close-up on our young Satanist's dead eye, enter his brain, and then zoom along with his soul (visualized as a shooting sperm made of electric light) on a journey into the afterlife. Here we see a conflict between a glowing neural net of glowing white and blue and a glowing neural net of, you guessed it, red (and orange and yellow and other fiery colours). This latter sphere is where his soul ends up confined, like a synapse in a flaming brain, screaming in agony; you will be both grateful and somewhat sad that this, in the end, was not the future of computer animation. In fact, it wasn't even the past, really: because there aren't many filmmakers back there who ran with this particular ball as far as Leonard did... 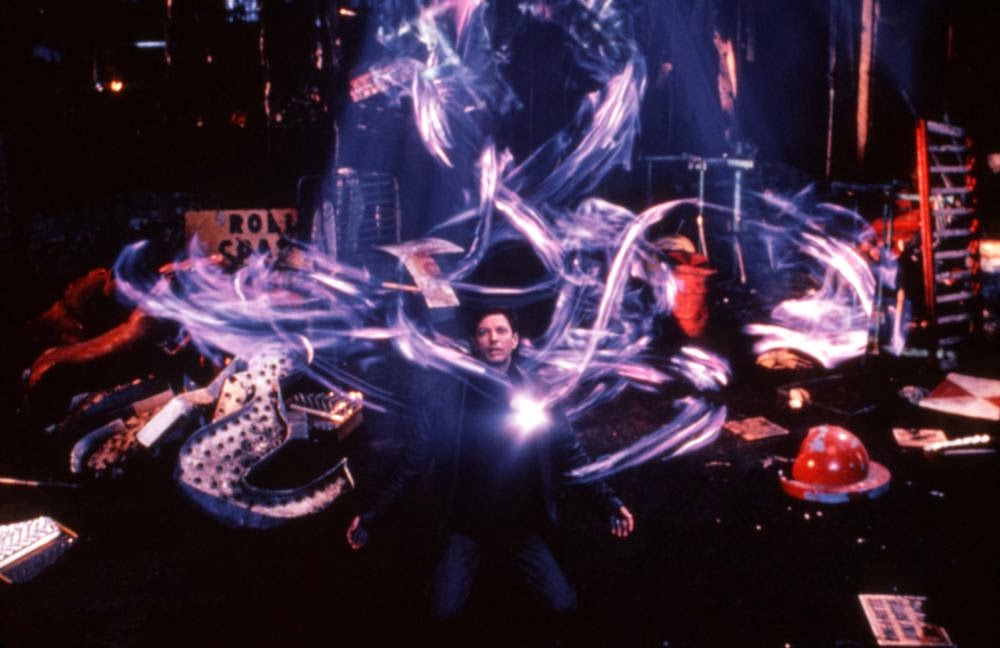 Anyhow, once our Satanic killer is dead - you know that somehow you will meet him again - we cut to Jeff Goldblum and his family, driving along en route to a car accident where Goldblum himself will have an after-death experience. He will be revived. Complications will ensue, which at times will remind one of Close Encounters of the Third Kind, as our hero goes, in the eyes of his family, quite nuts in pursuing an obsession with the inexplicable phenomena that dog his recovery... Of course, he will be well-vindicated by film's end, and there will be a further confrontation between good and evil that makes even the ending of Lawrence Kasdan's Dreamcatcher seem somewhat restrained (yet which still manages to fizzle, in the final shot, which is kind of a boring "let's go home" motif so often repeated in films of this kind).

There's really no need, if you are the type of person who needs to see this movie, for me to say more about it, though I will note that those with a fondness for 90's industrial/ Goth-influenced metal will greatly enjoy the soundtrack, which includes KMFDM, Fear Factory, Miranda Sex Garden, Front Line Assembly, Sister Machine Gun, and Godflesh, among others. If you have no fondness for such bands, you may possibly find the use of music intrusive, because there's a striking amount of it, but really, it was fine with me!

Hideaway is such a throwback to an innocent time in the mid-1990's when B-movies were being pumped into the world at a fierce rate, showing up in three copies on the shelves of Blockbuster or Mega Movies or Rogers or what-have-you, often having gone straight to video. It was a world where people had no great sense of where CGI was going and were prepared to play with the potential of the media and to try to make an impression. It is not a "good" film by any stretch - never was and never will be, and in fact exists in a zone where polarities like "good" and "bad" cease to apply - but it is vastly enjoyable to watch from the vantage point of 20 years on.  In fact, the nostalgia elements really do make it seem like it would be best seen on VHS - like that is its proper medium for a movie of this sort (I can't say I consumed it that way, but the DVD I found at Liquidation World was full frame, so that's almost the same).

Incidentally, there's one more month, at most, to the Liquidation World close-out. The few remaining DVDs at the Maple Ridge location have been marked down to 50% off - where the starting prices are $1, that's not a bad deal at all... 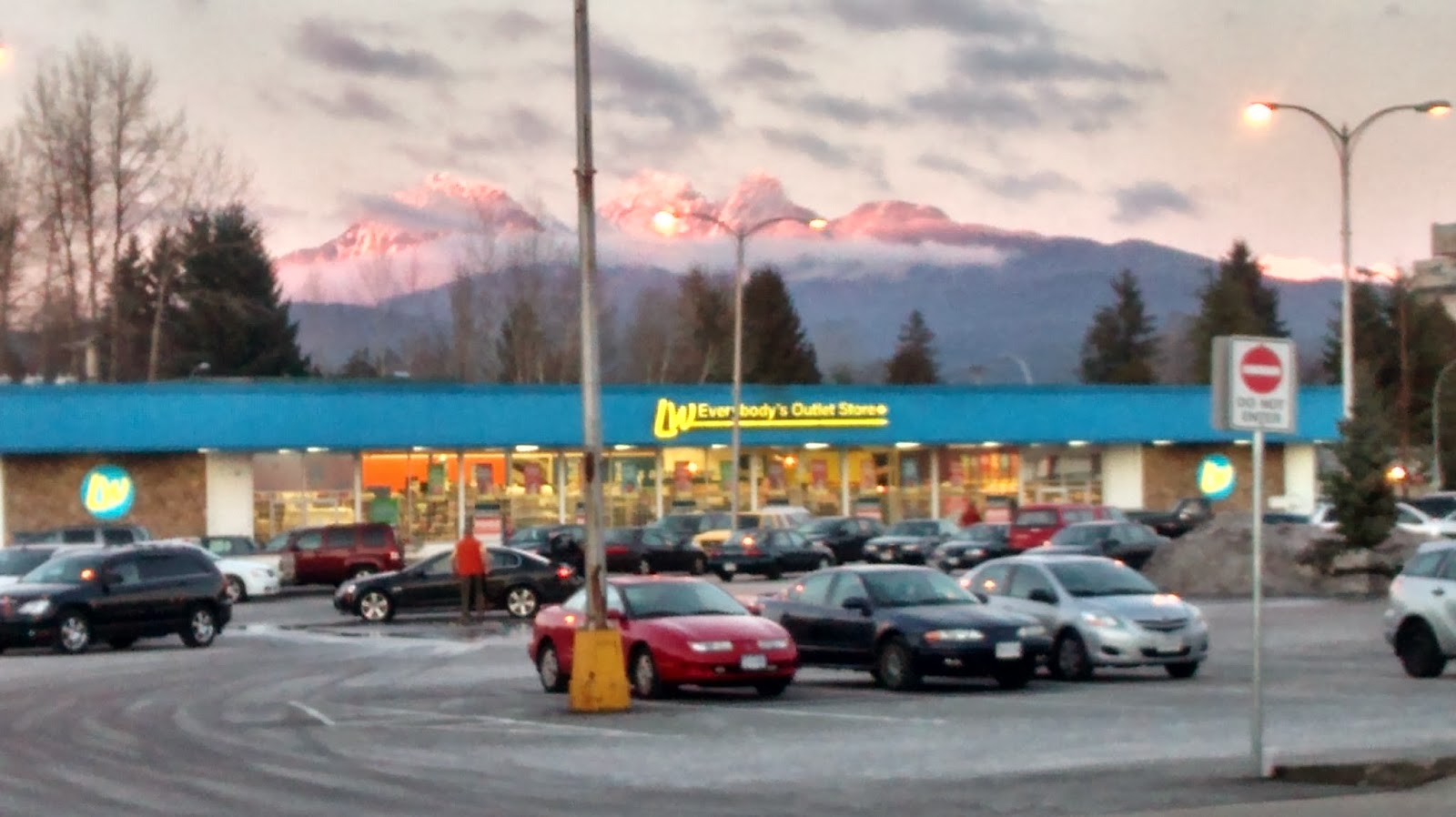