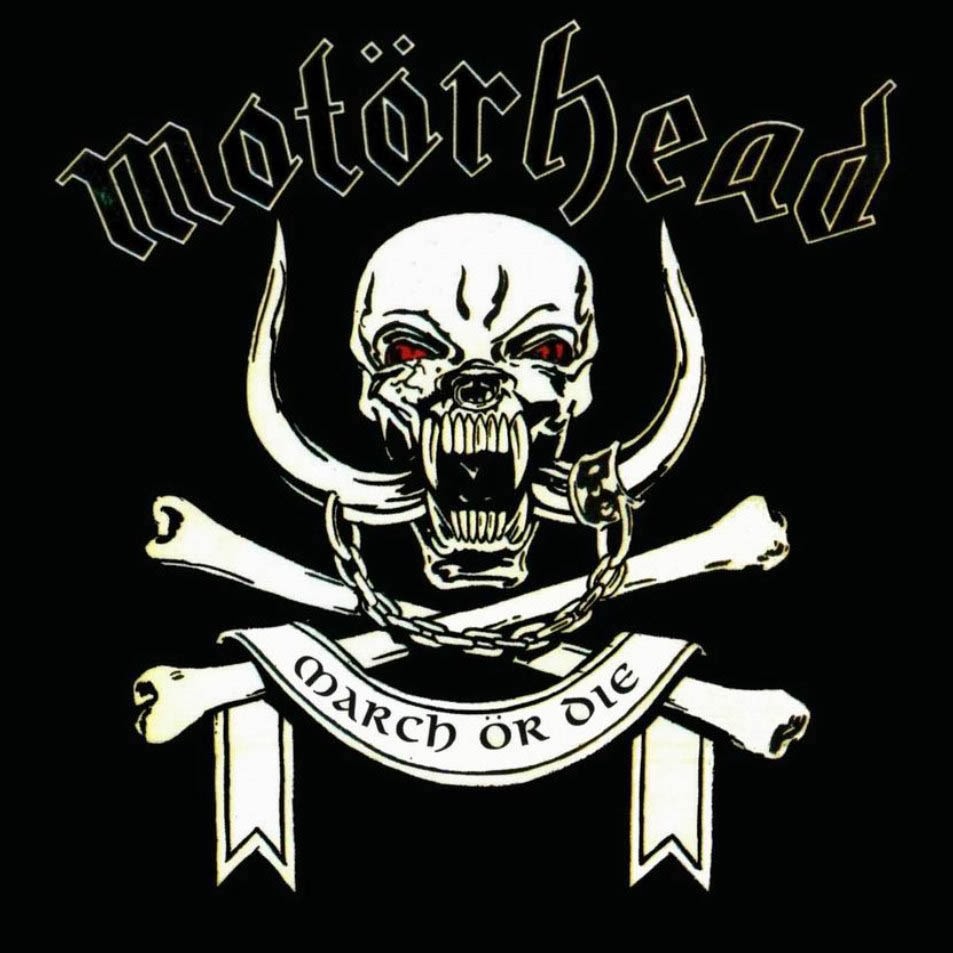 Ah, Lemmy. The man is not feeling well, and Motörhead - as those of you who subscribe to its (mostly advertising-oriented) Facebook feed already know - has been forced to cancel its February European tour.

Lemmy: for the record, from one fan's point of view: it is entirely okay by me if you retire Motörhead permanently. I realize with album titles like March or Die that may seem like a singularly un-Motörhead thing to do, but you've put more Motörhead into the world than any other man in history, and most of it is great (I'm still floored by that late period stretch of Inferno through to Motörizer; people for whom Motörhead stops with the departure of Fast Eddie should definitely acquaint themselves with those three albums. And Bastards, which is now available on vinyl as Death or Glory). I hope you can ignore whatever pressures may be on you to push yourself, to keep producing Motörhead-brand product and backing it on the road until you collapse onstage somewhere; it would be an unworthy end. If, as a result of your illness, you  elect to take years off the road, undergo whatever lifestyle changes you need to undergo, and transform yourself into an acoustic blues musician, or something, I can only see this as the world's gain. The world has plenty of Motörhead - more than it has learned to use! - but it needs more acoustic blues from your unique point of view.

Those unfamiliar with Lemmy's acoustic work should check, say, the unplugged version of  "I Ain't No Nice Guy," which originally appeared as a duet with Ozzy on the band's album March or Die. It's a masterpiece of introspection and honesty - just heartbreaking, and one of Lemmy's finest moments as a songwriter.

Incidentally, so far the one thing that my new, annoying smartphone has over my vastly less advanced, much-loved old Samsung Intensity is that I have been able to teach it to automatically offer me "Motörhead" with an umlaut in the right place so I don't have to go through my texts and add it. Even my computer doesn't know how to do that!
Posted by Allan MacInnis at 10:56 AM