So here I sit, awake too early, with an icepack strapped to my jaw (see below), waiting for the anti- inflammatories to kick in. What to do but note a few cool upcoming film screenings?

This Friday at the Vancity Theatre there is a late night (10:30 pm) screening of Ginger Snaps, which is a must-see if you've missed it; it's certainly the best Canadian werewolf movie I've seen. 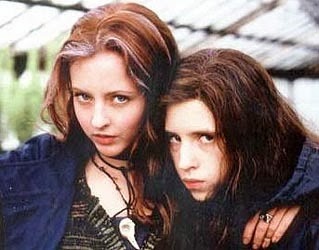 Okay, that's disingenuous. It's the ONLY Canadian werewolf movie I've seen, unless you count Ginger Snaps II and Ginger Snaps Back, the sequels. But it's still terrific, and the first film is the most audacious: two Gothy, death-obsessed teenage girl misfits deal with the lycanthropy of one of them, which is presented as a metaphor for the onset of pubescence, what with all the new body hair, the changed relationship to the moon, increased predatory behaviour and such... Just terrific performances by Katherine Isabelle (American Mary) and Emily Perkins, and it's very funny and smart.

I have not seen the latest Alamo Drafthouse cult-movie "find," The Visitor, but the cast alone is an eyebrow-raiser: John Huston, Glenn Ford, Lance Henriksen, Joanne Nail (of Switchblade Sisters fame), Sam Peckinpah, Shelley Winters... what? Yes, folks, I would see any film where there is a chance Sam Peckinpah might interact with Shelley Winters. Trailer and description here. Also upcoming: the new Edward Burtynsky/ Jennifer Baichwal collaboration Watermark, and the compelling-sounding Canadian drama Enemy. You can see one or the other double-billed with The Visitor depending which day you go on... 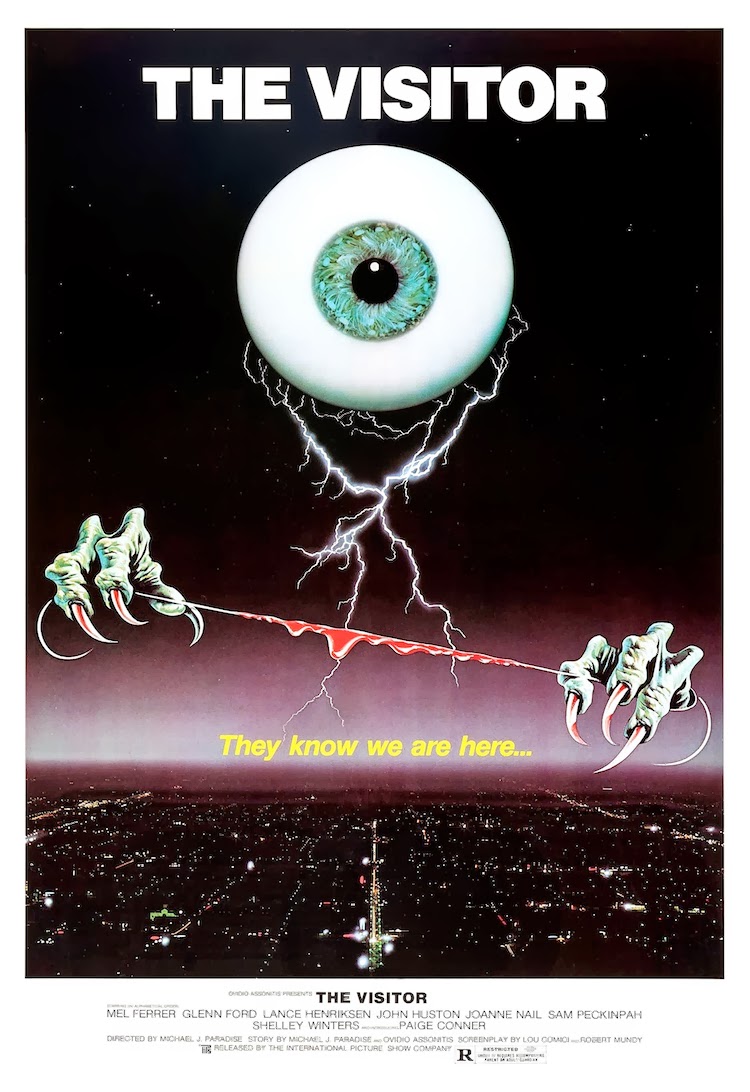 Nothin' much that excites me at the Rio at the moment but February 1st there's the bizarre cult movie The Room, and Feb. 18th they're screening Pee Wee's Big Adventure... I wonder if I would enjoy seeing the Gentlemen Hecklers ridicule Bulletproof? Their upcoming programme here.
Posted by Allan MacInnis at 8:32 AM