eBay isn't what it used to be, plus an interesting Omniverse auction

Not much of an auction follower these days. Nevermind that I don't have a lot of income to shop with, but eBay has lost some of its charm. A lot of small sellers have been driven away, it seems, by increased shipping rates, increased listing fees, intrusive selling templates that do things like force your item to be listed with inaccurate postage, and other such hassles. Seems mostly what eBay is good for now is buying new but discounted stuff from power-sellers with stores in their garages. And that's okay - eBay is great if you want to get a good deal on some new item - but if you're a collector on a treasure hunt, it's just not as fun as it once was. The sorts of auctions I used to love to find - small auctions from people who didn't particularly know what they were doing, listing things I wanted at very low prices, sometimes with spelling errors in their listings, trusting that the auction will end in their favour - are now almost extinct. You know the type I mean: I once found and sold for a nice profit some signed Bukowski promotional material - cards produced by Black Sparrow Press - that sold for a fraction of their value because the speller spelled it as "Bukowsky," which variant I was actually searching for; "let's see what the idiots are up to." eBay now helpfully suggests spelling fixes and has broadened search parameters so the misspelled stuff turns up alongside the correct spelling, so we predators have a harder time thinning the herd...

Gone too, as far as I can see, are those intense, irrational bidding wars where some obscurity gets listed in an experimental fashion ("let's see what this is worth to people!"), and suddenly you get a handful of bidders jacking it up beyond what it should rationally sell for, because they've got the fever and have their heart set on getting the item. Case in point, I remember when I was living in Japan, someone sold a run-of-the-mill Japanese paperback of a Philip K. Dick novel, and it went for $60 or $70, because people had simply never had seen a Japanese PK Dick on eBay before, had no clue what it was worth; the next week, suddenly there were three other sellers who had followed that auction trying to sell Japanese PK Dick paperbacks on eBay, hoping for a repeat performance. Me being one of them; alas, buyers saw through our scheme. 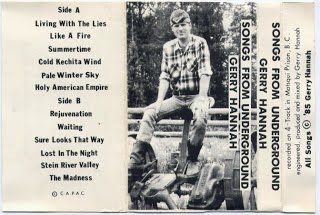 In fact, real auctions themselves are almost extinct, where the collector's market is concerned. Where someone does want to sell a truly collectible item, it is very, very rare they will put it out there with a low starting price, no reserve, and a commitment to take whatever price is arrived at. People have realized that these auctions will often NOT end in their favour; not only are bidding wars increasingly rare, but the people who ARE still bidding are very, very savvy: so that you end up with no bids at all until the last two minutes, then five people jump in and drive the price up to about a third of what you'd hoped to get. Who wants to list stuff under those circumstances? Case in point: someone posted, for true auction, Gerry Hannah's Songs From Underground cassette on eBay not too long ago; a genuine rarity, back in the days when eBay was a wild-west of geeky scavengers hoping to burn each other good, it's the sort of thing that should have sold for $100 or more. It went off for $22.50 (plus $11 shipping). That's not so great for the person who was selling it (though admittedly the buyer - not me - must be pleased). 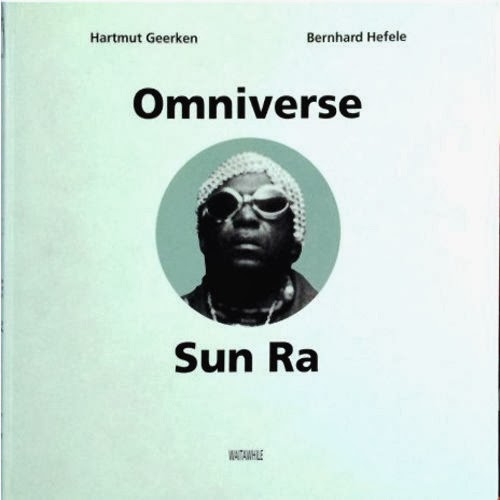 No: rather than true auctions, when it comes to collectibles, what you find on eBay now is people who know they have stuff that's worth money, who have arrived by some juju at a price they are happy with (often having little to do with what the item has actually selling for), and they're sticking to it. A good example of that is the book Sun Ra: Omniverse, by Geerken and Hefele. There are a few sellers online who are determined to get a very hefty price for that book. It is truly scarce - published some 25 years ago in a limited run (of about 500 copies?), it's a sort of vanity coffee-table oversized paperback for Sun Ra junkies, with an annotated bibliography, cover art, and so forth. It's a pretty book, and it doesn't turn up for auction very often. When it does, in my experience, it usually sells from between $200 and $300. Popsike lists one that went off in Europe for a mere 76 Euros! ($115 Canadian). Yet here we have someone who is hoping to sell it for $1449 US, who keeps re-listing the book at that price as a Buy-It-Now (no auction is involved). Granted, it's a signed book, but it still seems pretty ambitious; they're gambling on a very peculiar combination of qualities - someone who knows enough about this book to realize it is worth money, but either doesn't know that it turns up every few years for $200 or so, or doesn't care. Maybe a wealthy academic writing a paper on Sun Ra might need it so urgently that they will pay whatever it takes? Not sure who their intended market is. I wish them luck, but...

Anyhow, it's nice to see a more interesting Omniverse auction taking place. It looks like Hartmut Geerken has decided to sell off his remaining three copies of the book, with bids starting at $1, and an offer to inscribe the book. Granted, again, it's not a true auction - there's a reserve in place, so you don't win unless the bidding caps the reserve. (Ironically, reserves seem to take some of the fun out of bidding so people don't bid as enthusiastically as they would if they hope to get the item for peanuts). But it will definitely give a better idea of what Omniverse is worth to people these days. My guess is that the auction will end without the reserve being met - I would bet that he's placed at least a $500 reserve on it. I just don't know anyone who has that much money for Sun Ra collectibles these days...
Posted by Allan MacInnis at 11:52 AM