Some photos from the other night! 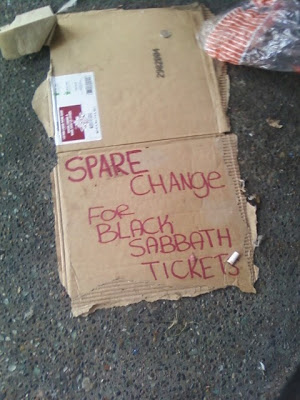 (This is not how I got my Black Sabbath ticket) 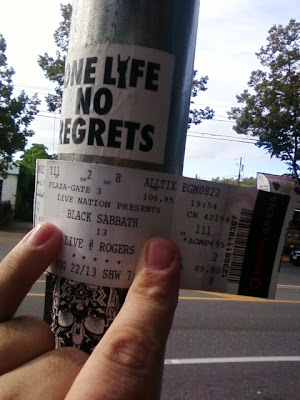 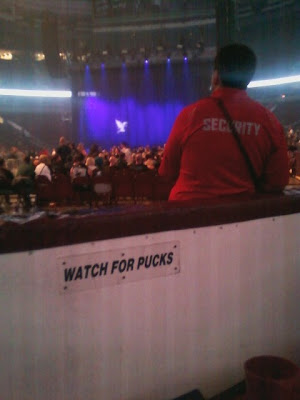 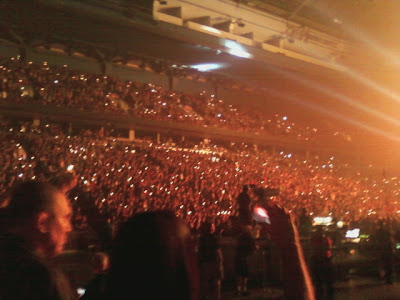 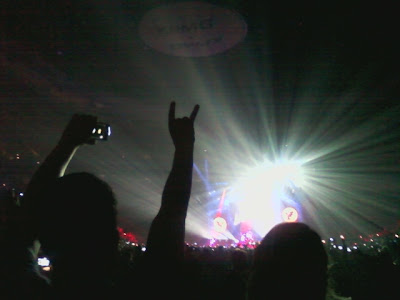 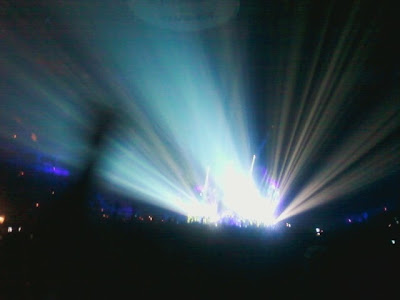 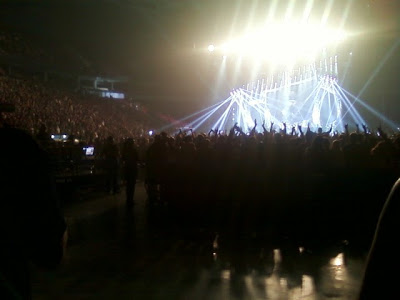 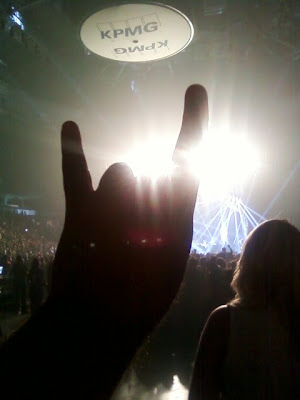 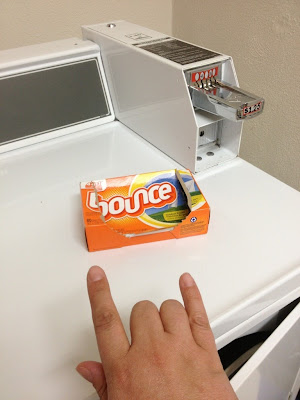 (I texted my girlfriend one of the evenings goat-throws; she responded in kind). 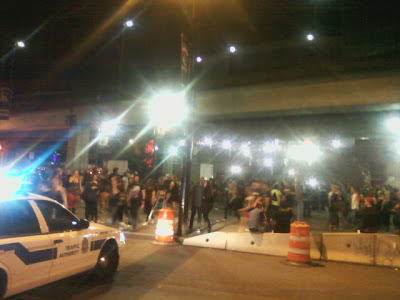 I was too far from the stage to get a decent shot of the band members, and the light show/ video projection was too bright for my camera to capture anything on-screen. It was a great night, though. It was struck once again by how good the sound is at Rogers Arena, given that it's a huge stadium; and while normally I found video projection distracting, it really did work well in context, with deftly-edited closeups of the band as they played and a bit of video window-dressing on the sides (like sexy and strange faux-bondage imagery to accompany "Fairies Wear Boots," or clips of Pacino as Tony Montana to augment "Snowblind;" Ken Russell's The Devils got thrown in the mix for one of the band's critiques of religion, "Under the Sun/ Every Day Comes and Goes"). Ozzy had vocal troubles that resulted in the set being shortened by two songs - something Steve Newton reports on here, though he doesn't mention Ozzy's repeated apologies to the crowd for "singing like an asshole," as he put it; one felt truly bad for Ozzy, who seemed so game and wholehearted in his enthusiasm for the performance that you could imagine how painful his vocal flubs must have been to him. Oddly, the high point of the night, energy wise - a punchy version of "N.I.B." that got the crowd really bouncing - was also the low point, in terms of his voice, various words going squirrelly on him, in counterpoint to the menacing lyrics (see 1:11 and 3:34 on that clip, for instance - a few of those moments can really stand out, though in fact it doesn't sound half as bad on Youtube as I remembered it!). One hoped the drum solo during "Rat Salad" would allow him to recoup a bit, but it was not to be, and "Dirty Women" and "Children of the Grave" ended up being dropped from the set, cutting directly to what was supposed to be the encore - "Paranoid," of course, with a bit of "Sabbath Bloody Sabbath" at the beginning. Ah, well. Some people felt shortchanged, I didn't; and really, a lot of my love for "Children of the Grave" has to do with (absent original drummer) Bill Ward's stellar drumwork, anyhow....

Amusingly, afterwards, I saw a father-son team on the Skytrain, with the father wearing a Mob Rules t-shirt from the very show I last caught Sabbath at, back in 1982, with my father. Since I wore my Mob Rules tee out before I got out of junior high school, I was pretty impressed he'd managed to preserve his so well - it was a bit faded, but otherwise in fine shape, which definitely sparked some comment. We briefly bonded as the train pulled into my station. I was the one who brought my father in 1982; it was nice to see some other guy bringing his own son to the show.

Which brings me round to this feeling that I've had for awhile now - of things coming full circle. I'm back in the town where I grew up. I've now seen, for the second time, the band that really started me off on the path of rock. I'll be transcribing over the next while my last interview with Zev Asher, the man with whom I started doing interviews, who has now died. What successes as a music journalist I've had have been limited - I haven't been able to parlay what I've been doing into anything fulltime, and income from writing is too haphazard to rely on at present... it seems like it's a good time to re-assess my situation. I'm not going to officially say I'm stopping doing anything, since there will no doubt always be concerts and films that I want to write about, and since my last attempt to quit this blog only lasted a few months; but I'm really not feeling it anymore, these days. Things have come round to a pretty good place to stop.

I do have to get this giant Zev Asher thing into the world somehow, though... We'll see how that goes. 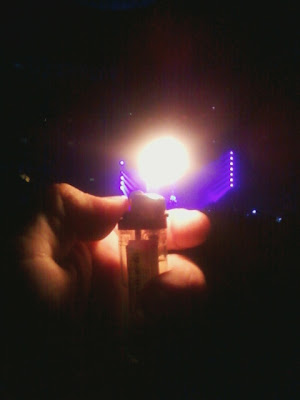 Posted by Allan MacInnis at 9:19 PM

Alan, do not quit before you get that (gentle) giant, Zev Asher into the world.

No worries! Zev will see print - probably timed to correlate to a film event in Vancouver (more on that pending). You should realize that I quit this blog every few months, and then I'm back.

But right now I seriously do have other irons in the fire, so barring major news, not a lot will be posted here for a few weeks.