Moebius at the Cobalt! 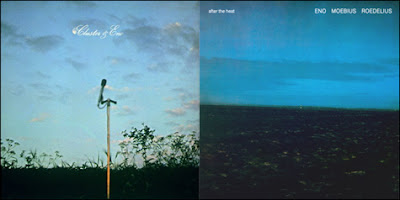 Here's a show I would go see at the Cobalt 2.0 tomorrow (Thursday) if I weren't already occupied.

I do still feel a bit weird about the idea of that place as a hardcore bar post-wendythirteen, but it HAS been a long time since that place has been under new ownership, and besides, nothing about Dieter Moebius - no relation to the deceased cartoonist - is hardcore.

Alex Varty's interview with him is here. My favourite recording he was involved in - of the few I know - was "Broken Head" off Cluster and Eno's After The Heat - I love the way that song slips around, though my fondness is not so much for Cluster's contribution as for Eno's, to be honest. I bet there are all sorts of analog synth heads who could turn you on to even more exciting stuff in Moebius and Cluster's non-Eno albums...

As it happens, one of them, Josh Stevenson of Magneticring, will be opening tomorrow, which is entirely appropriate. If this show were on Friday, I would be seen there, sniffing around, to see if it still smelled like the Cobalt of yore.

I kind of miss that smell, believe it or not.
Posted by Allan MacInnis at 11:54 PM