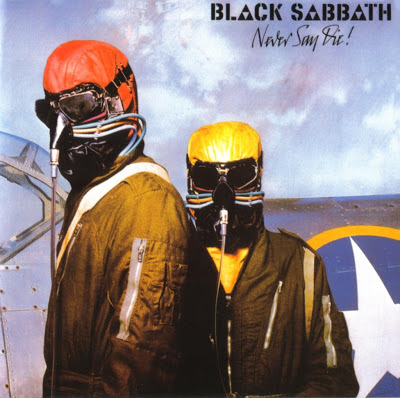 So my two favourite Sabbath songs likley not on the setlist for tomorrow are "Johnny Blade" (which kinda touches on 80's pop-punk, something that runs throughout the underrated Never Say Die) and the shockingly proggy, chorally-overloaded "Supertzar" - which is just such an oddball, arty item that it fascinates me... but I can live with their absence just fine! I've said pretty much everything I need to about Sabbath in commenting on Steve Newton's articles about the show, here and here. I like the new album - Rick Rubin did a good job of bringing the band back to their classic sound - though here's hoping they have a still better one up their sleeves for the future. (It doesn't seem impossible).

It'll be a great privilege to see this band play tomorrow. I'm sad Bill Ward's not around, but then again, he wasn't in the band the last time I saw them play, with Ronnie James Dio on vocals, either (Vinnie Appice sat in for that tour, for Mob Rules). It seems like a good way to end a certain phase of my life: Sabbath was one of the first concerts I saw, ever - certainly one of the first that I still credit - so it's kind of like coming full-circle. I seem to be in a position of having to (more or less) let go of concert going, at least as a regular pastime, given my circumstances; this is a really good one to go out on...

Did you all know that Tony Iommi lost two of his fingertips as a young lad and plays with thimbles on them? Check this out - it's pretty interesting.
Posted by Allan MacInnis at 4:25 PM