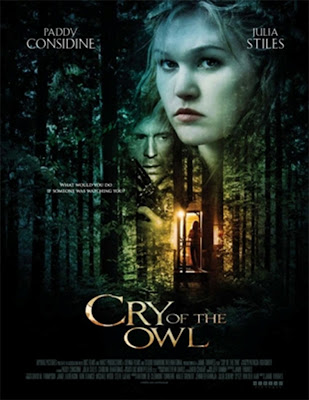 I think I'm becoming a Julia Stiles fan. Having seen her in my favourite Patricia Highsmith adpatation, The Cry of the Owl (the recent English-language version, acting beside Paddy Considine - that link takes you to my old review), a couple of David Mamet films (especially Stuart Gordon's adaptation of Edmond, where she stands out, acting alongside William H. Macy) and now as Lumen Pierce in Dexter Season 5, as Dexter's partner in vigilantism, I find myself impressed by her level of intensity and the challenging roles she takes on. Kinda hope Lumen makes her way back into Dexter's orbit - it was a pretty interesting relationship. Fans of the series are directed to her excellent turn in the equally dark, twisted Patricia Highsmith adaptation mentioned above, it's a vastly underrated film, quite rich, and not without a certain very dark humour.
Posted by Allan MacInnis at 7:37 PM

It's funny how certain actors are bland in big Hollywood movies but do much better in smaller, independent films. I wouldn't think much of Stiles based only on 10 Things I Hate About You or the Jason Bourne flicks, but Edmond and The Cry of the Owl are something else entirely. Although it's William H. Macy and Paddy Considine who really drive these movies, she's quite good in both of them.

I'm sure I'll finally check out Dexter one of these days, although it takes me forever to get around to anything. In the meantime, I'll keep recommending The Cry of the Owl to anyone who'll listen. It's got to find its audience sooner or later.