Herzog's Into the Abyss to play the Vancity 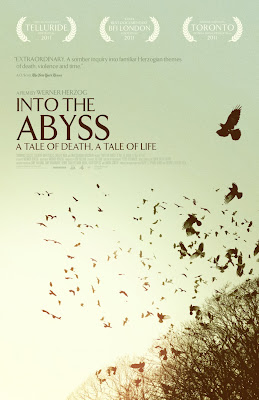 One of the most highly-praised documentaries of 2011, Werner Herzog's death penalty documentary Into the Abyss, will play the Vancity Theatre March 16th and 17th. Haven't seen the film myself yet, but it sounds like Herzog is taking on some meaty, emotionally powerful material here; and surely the cinephiles of Vancouver (all twenty of us) need no convincing to see this film?

One thing of interest, though: I was thinking aloud in class the other week, after a screening of Steve McQueen's Hunger, that it's kind of curious that the flight of birds seems to be evolving into a signifier of death in cinema. I'm not sure where it came from, but it serves that fuction in Robert Altman's Vincent and Theo and in Kurosawa's Dreams, and then again, a bit more mysteriously, in Hunger. And here again, we have a flight of birds on the Into the Abyss poster. Why do birds taking flight represent death? 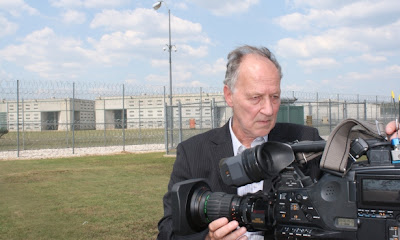