Adstock 2012, plus Adstock fundraiser gig in the sticks, June 15th! 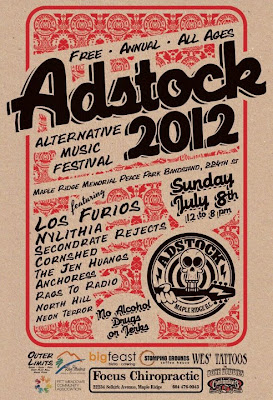 Adstock, for those who have missed it, is an annual, free all-day outdoor festival of music in downtown Maple Ridge; it happens this year on July 8th, and it's looking like a really vibrant year. Long-lived local ska favourites Los Furios headline, but there are a bunch of awesome bands - including the flamin' instrumental hoedown music of Cornshed, whom I caught awhile back at the Hammond United Church Hall at the first of two Adstock fundraisers. They're quite amazing and the band I'm most excited to see again - they play with all the fury of hardcore, but their music is a countrified Celtic-by-way-of-the-Maritimes variety of instrumental folk, with a mandolin and fiddle as lead instruments (it says something that the fiddle player reminded me of Wretched Erin). Mike Usinger has written praisingly about Anchoress and the Jen Huangs, here and here, two bands that I've yet to really do justice to, but am looking forward to seeing live. Even bands representing genres that I'm not so interested in, like North Hill (who have t-shirts that look like hardware store surplus and musically answer the question "What would Lynyrd Skynyrd sound like if they came from rural BC?"), are incredibly talented and tight - classic rockers will love them. All told, it's a pretty cool free day of music, and much more musically varied this year than the usual exclusively punk/ ska/ metal lineups I'd associated with the event in the past; if you like live music of any sort, it's actually worth getting on a bus and coming to visit me in the sticks for this one.

And while it's less likely to inspire a commute, there's also a fundraising gig for the event on June 15th at Hammond United Church Hall - one of the strangest places I've yet to see a gig, out in the biker bar/ pulp mill backwoods of Pitt Meadows. I've seen the Rebel Spell and a bunch of other great bands there (Todd Serious quipped something like "one look at the place and you can tell nothing fun was ever supposed to happen here" - while I'm sure the church is appropriately churchlike, the hall itself where the gig takes place looks like a gymnasium in a rather bleak and under-decorated elementary school. It's actually rather surprising that it doesn't smell like sweatsocks). This gig marks the reunion of the Secondrate Rejects, featuring members of the Bonedaddies, who will also be playing Adstock. 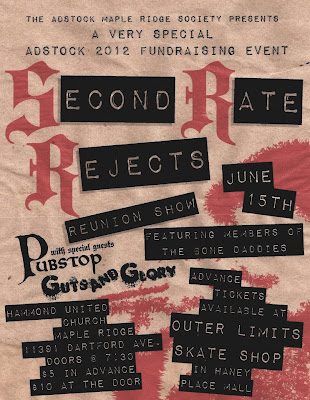 Got no more to say on this at the moment, but here are some photos from the first Adstock fundraiser in April. 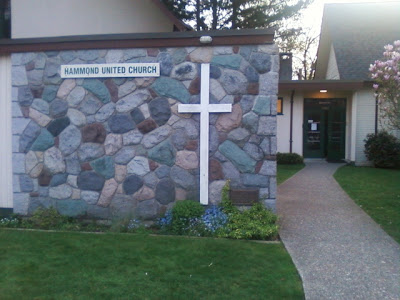 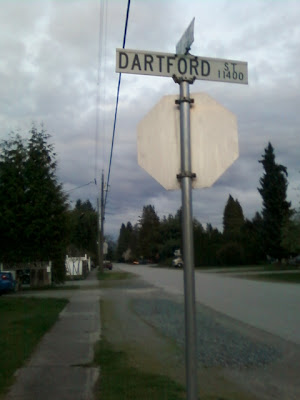 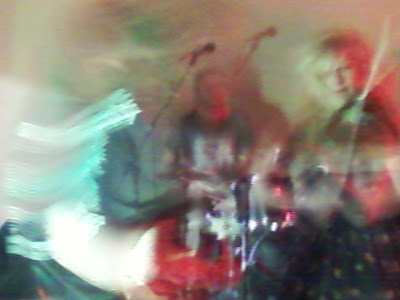 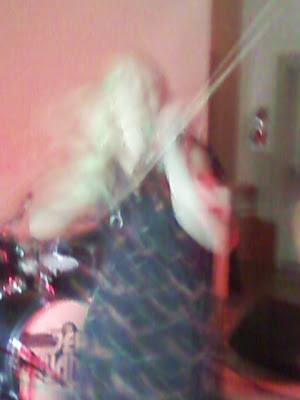 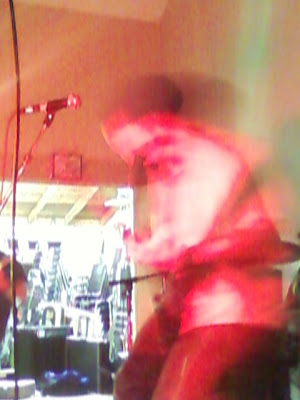 Above and below: North Hill 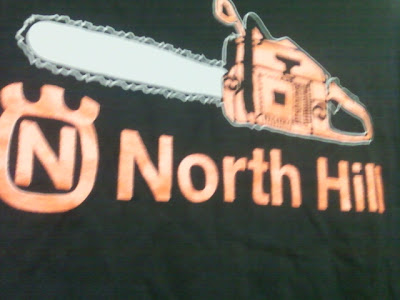 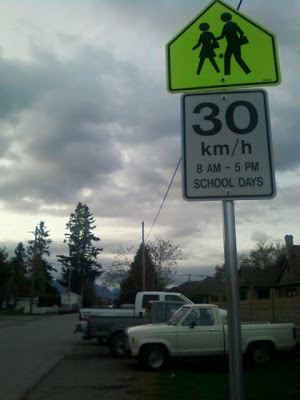 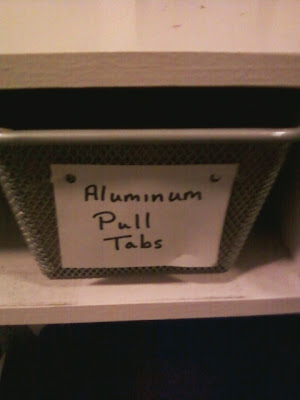 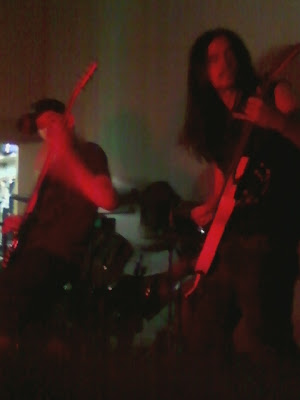 Above: Damn the Eyes, I think! (Not appearing at Adstock, but an awesome Maple Ridge metal band whom I wrote about here). 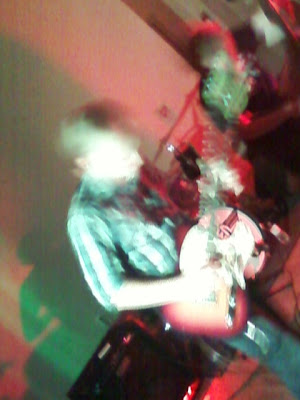 Above and below: the Jen Huangs 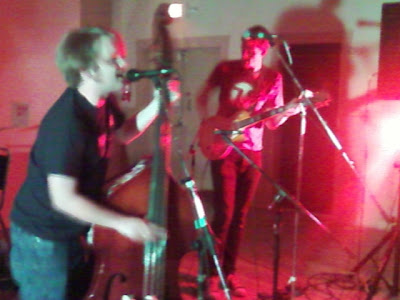 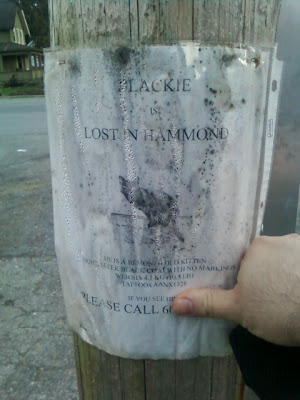 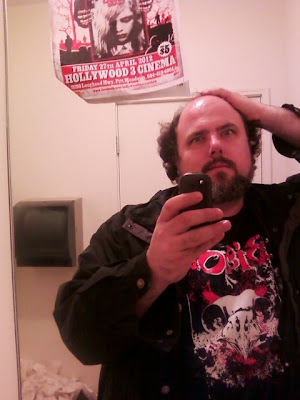 See y'all at Adstock!
Posted by Allan MacInnis at 2:46 PM