A few days ago, X Japan's original bassist, Taiji, committed suicide - the second member of the band to die by hanging; original guitarist Hide died in 1998, though whether that was suicide is unclear. Some heavy sadness follows this band, it seems - my condolences to them for their loss. 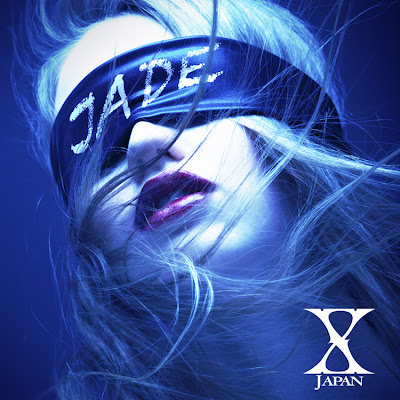 There is also good news, however: the band has realized its ambition of recording a song in English, reworking their tune "Jade." From the press release:

X JAPAN'S FIRST SINGLE, "JADE" TO BE RELEASED ON JUNE 28

LOS ANGELES, CA - Tuesday, June 14, 2011 -- "Jade," the long-awaited new single from X Japan, one of the most influential rock bands in Japanese history, will be released in North America, Europe and Latin America on Tuesday, June 28 in all digital formats. "Jade" is the first track from the band's English debut album, currently in the final stages of recording.

A "Jade" full-length ringtone will be made available exclusively in Japan on June 28, and the single will be released there and in Southeast Asia two weeks later on July 13.

"This is a years-long dream of X Japan's, to release a record in the Americas and in Europe," said Yoshiki, X Japan's leader/producer/songwriter/drummer/pianist. "Music is very powerful, and we believe it can help us bridge the gap between east and west. We hope that 'Jade' will be the first step."

Written and produced by Yoshiki and mixed by Andy Wallace, "Jade" was recorded in both Japan and at Yoshiki's Los Angeles studio, the same studio where Metallica recorded its classic Black album before Yoshiki bought it and turned it into a private facility.

The song features the thunderous drums and bass of Yoshiki and Heath, respectively, the searing twin guitar work of Pata and Sugizo, and Toshi's dynamic vocals. With most lyrics sung in English, "Jade" is a hauntingly romantic tale of embracing the beautiful sadness of death, and showcases X Japan's eclectic mix of rock, goth and classical music.

The release of "Jade" coincides with X Japan's June 28 sold-out show at London's Shepherd's Bush Empire and the kick-off of their world tour that includes stops in Europe and South America.

X Japan is one of the most successful rock bands in Japanese history, having sold more than 30-million albums, singles and videos, and filled the 55,000-seat Tokyo Dome a record 18 times with its classic "Queen meets Guns 'N Roses meets 'The Matrix'" sound. The popularity of the band in Japan has made them a cultural phenomenon in music, fashion and business. X Japan made its North American debut at the 2010 Lollapalooza festival, and sold out their New York City debut at the famed Roseland Ballroom as part of the band's first American tour last fall.

(End press release - you can find X Japan's fall tour dates and more information about the single on their webpage).
Posted by Allan MacInnis at 9:04 AM