Based on a true story, from last week sometime, when I finally saw the Golers, and ran into Bison BC cover artist Mike Payette at the Pender Fresh Slice after the show. The shirt we discuss is here. Thanks to Bison for reliably keeping a stock of XXL t-shirts! 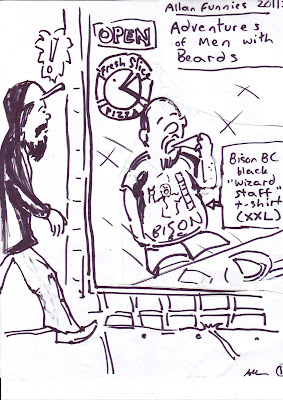 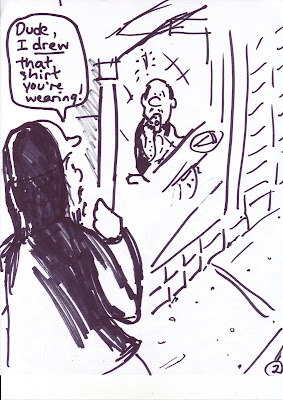 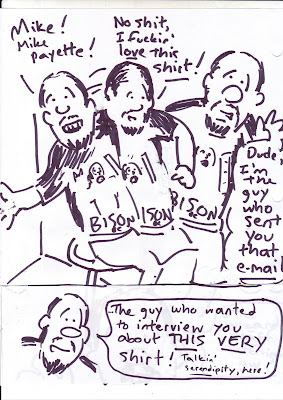 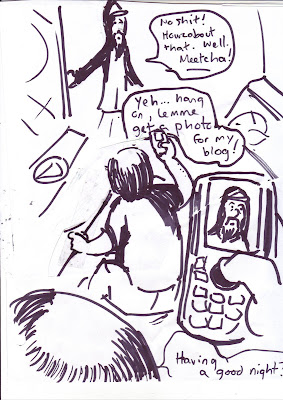 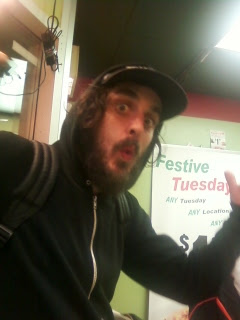 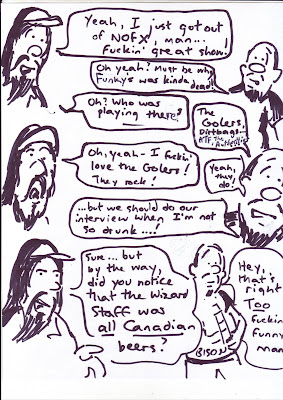 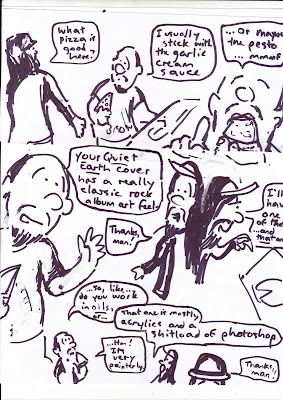 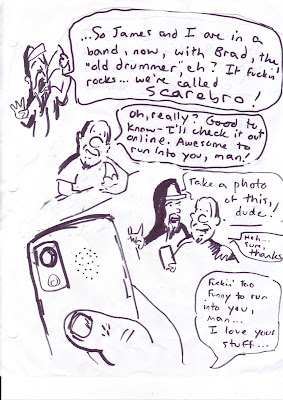 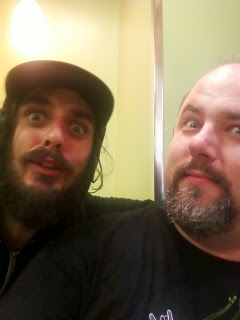 A: What was the inspiration for the Wizard Staff shirt?

M: They asked me to draw a t shirt, and when I was recording with Children in New York, I just started sketching that. I thought it would be a funny idea to have a zombie doing a wizard staff. Bison were in New York at the time, too, and I showed it to them and they liked it.

A: What's the "creative channel" like between yourself and Bison BC, as in, do you come up with ideas and show them and they decide they like it, or do THEY request ideas, and you work on them, or...?

M: That was the case for the first 2 albums (brainstorming), then on the third one James and I wanted to go "less metal" and we did like 8 covers that Metal Blade weren't into. James and I were so proud of the first ones. But my hard drive and computer got stolen with everything i've ever done. and most of the hard copy art I've done, I've given away, so those earlier covers will unfortunately never see the light of day.

A: The Quiet Earth album cover is one of the great works of rock album art of the 21st century, but it has a kind of retro appeal - it looks like it's from 1975 or so... was that conscious? Tell us a bit about where that came from...?

M: They wanted the concept of "a bison in space" so after trying many things that didn't look super awesome i came up with that one last minute. I am a fan of old airbrushed art, and James and I have always incorperated space into even our S.T.R.E.E.T.S. concepts.

A: What else do you want people to know about your art? Do you have a site people can look at? (I couldn't find one). Are there other bands you do album covers or shirts for, other projects people should note?

M: I'm pretty elusive, I just do it for fun, I don't ever have shows. Ususally I just show my stuff to friends when they come over for drinks, or I give art to friends for their birthdays. I do it for therapy, I don't take myself too serious!
Posted by Allan MacInnis at 2:57 PM

Have I mentioned how much I love your cartoons?!? Great illustrations!! Love 'em!

A very nice bit of serendipity, too.