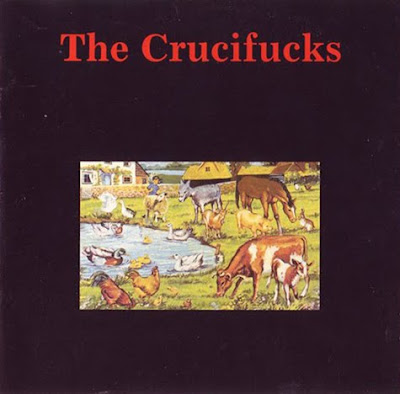 Man, I love the Crucifucks. Best punk band name ever, and that first album - with Steve Shelley on drums, didja know? - is some kind of musical masterpiece, with really catchy, memorable, potent tunes, and some very witty lyrics - such as "Oh Where, Oh Where," which captures (for the only time in history, songwise, as far as I know) the universal experience of having lost an important piece of paper (and for the record, I do NOT believe he's talking about a piece of blotter acid). It's one of the funniest songs in punk, which leaps to mind whenever I find myself searching my pockets for some receipt or such that I need - tho' of course, on that album, it got upstaged by the more controversial "Hinckley Had a Vision" and "Cops for Fertilizer" (which was the first time I ever encountered a punk song enthusing about the killing of cops, years before Ice-T's "Cop Killer;" those were different times). Here's a live version of another favourite of that debut album - "Democracy Spawns Bad Taste" (with its refrain of "Be a good American - fuck off!"). I actually don't know their later catalogue so well - but check out the video for "The Mountain Song," or this one for "Earth by Invitation Only;" hearing these, I suddenly want to catch up. 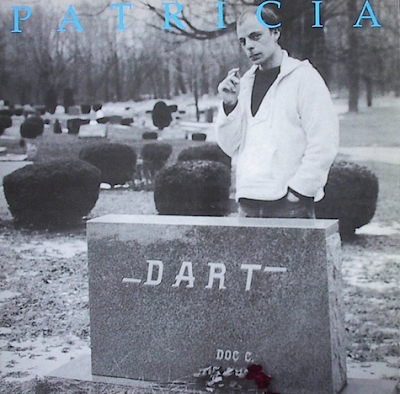 Looking back on them now - having only recently re-acquired that first LP - it turns out that Doc Corbin Dart, the lead vocalist, went on to put out some pretty interesting solo albums, none of which are easy to find, but which have an unexpected and very contemporary pop sensibility to them. The songs I've heard off 1990's Patricia are really powerful, personal, and memorable - check out "Out My Window" or the title tune. There's also a lot of his solo stuff, off the hard to find Black Tuesday cassette release, here; the Mark Prindle reviews of these albums are uncharacteristically informative, as are his Crucifucks reviews - read the comments! Most recently, in 2004, Doc Dart changed his name to 26, renounced swearing, and released an album called The Messiah, which he discusses in a fascinating overview/ interview by Sam McPheeters, here. I don't know much about what Doc Dart is up to since - we gather that he's sworn off watching the news, has taken up mysticism (tho' of what sort the Sam McPheeters article linked above does not say), and is basically living as a recluse in his now boarded-up house (but not unhappily, apparently). Oh, and he's taken to feeding the raccoons and other animals in his neighbourhood, which probably hasn't endeared him to his neighbours - but here's hoping he's doin' okay. A totally unique voice in American music. Godspeed, Doc! (Er... um... Godspeed, 26!).
Posted by Allan MacInnis at 12:22 AM