The ongoing saga of suburban video store failures: Once Upon a Movie 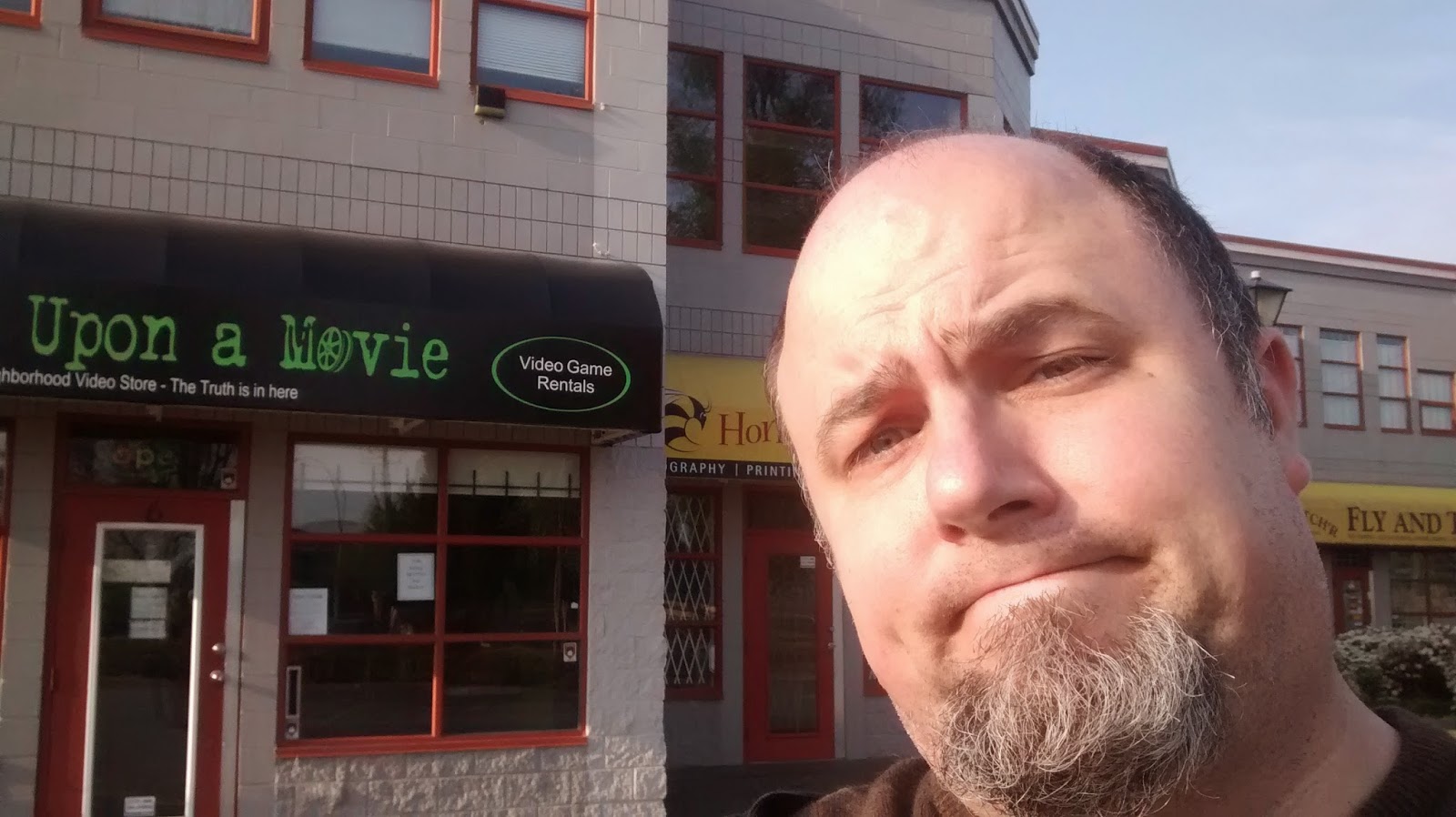 I have no idea how long Once Upon a Movie, an independent video store, has existed in Maple Ridge. I'm presuming they opened, like Little Shop of Movies, after the megastore die-off of a few years ago, but I only became aware of them by chance about four months ago. Since they're in a location not at all convenient to me, out at 230th and Lougheed, where I seldom find myself, they could have been around for longer, for all I know. I only came to discover that they exist, in fact, because one day I got on the wrong bus by mistake, was whisked out to the wrong end of town, had to get on another bus to return, and spied them from the window as we passed. I wasn't even sure where the bus was at that point, hadn't been paying attention. I made a note to go back there, to check the shop out, but first it was going to involve finding their address and so forth. I didn't exactly rush it.

My second encounter with the store was when I took a taxi to a walk-in clinic nearby and realized exactly where their location was - closer than I'd realized, if still inconvenient. It was, however, a morning trip. I peered through the window. It looked like they had a lot of DVDs in there, but they didn't open until 1pm. It was only 10am. I vowed to come back at a later date.

A few weeks later - perhaps in early March - my girlfriend and I did some garage saling that took us to the neighbourhood again, and we briefly discussed going out of our way a bit so I could satiate my curiosity. My girl was willing to indulge me. But it was a weekend, it was fairly early in the afternoon, and I had my doubts about whether the shop would be open or not at that point. I didn't want to make us walk a couple of extra blocks to find the store closed, then walk back. So we skipped it. Soon, I thought. I wanted to see their stock, peruse their PV bins, the usual...

Finally, today came my chance. Mom wanted to go to the casino, which is only a few blocks away from the store. I figured I would leave her at the casino, make the store, and come back. As sometimes happens, though, I didn't feel comfortable leaving Mom unattended, so we spent half an hour or so at the casino, after which I took her for a short walk.

Hey, she needs the exercise. We rested plenty. It was a nice day. She only asked me how far it was about twelve times over the course of three blocks.

Eventually, we arrived at the location, and I bought Mom a diet pepsi at a bar across the way, the Frog Stone grill, explained where I was going, and ducked out. It was nearing 5pm on a Saturday. Any video store would be open then; the timing couldn't have been better. I was practically salivating.

Except Once Upon a Movie closed for good on April 5th. The door was locked. There was an apologetic sign posted on the glass. There were still a few videos on the shelves, but no way to access them. Not only had I missed perusing their stock, but I'd missed the closeout sale. Arrgh.

When I returned to the grill, Mom got a good laugh out of the story, and then I got us a taxi back to her apartment. So much for Once Upon a Movie... 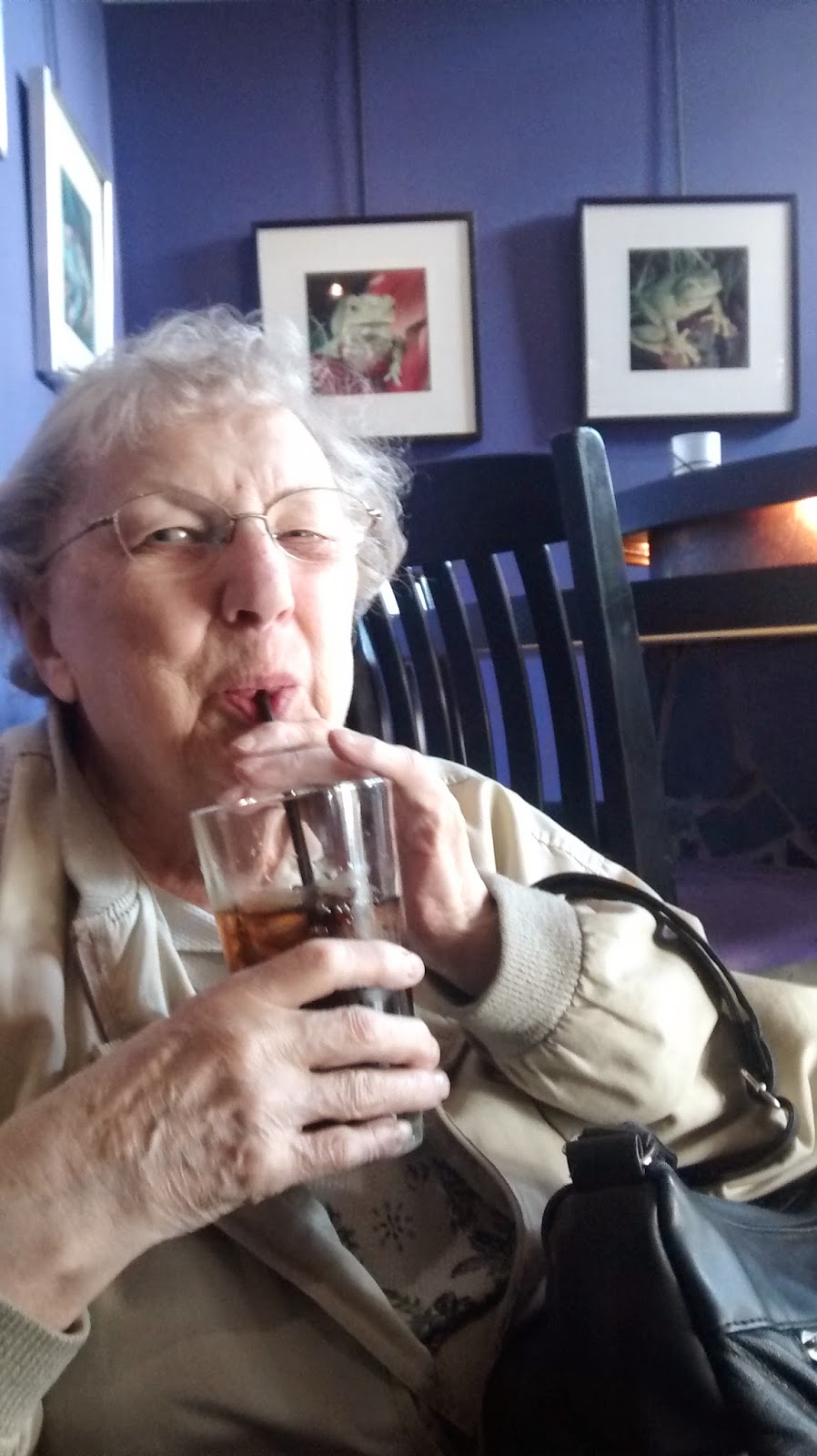 Posted by Allan MacInnis at 2:36 AM