Catching up with Trick 'r Treat, just in time for Easter 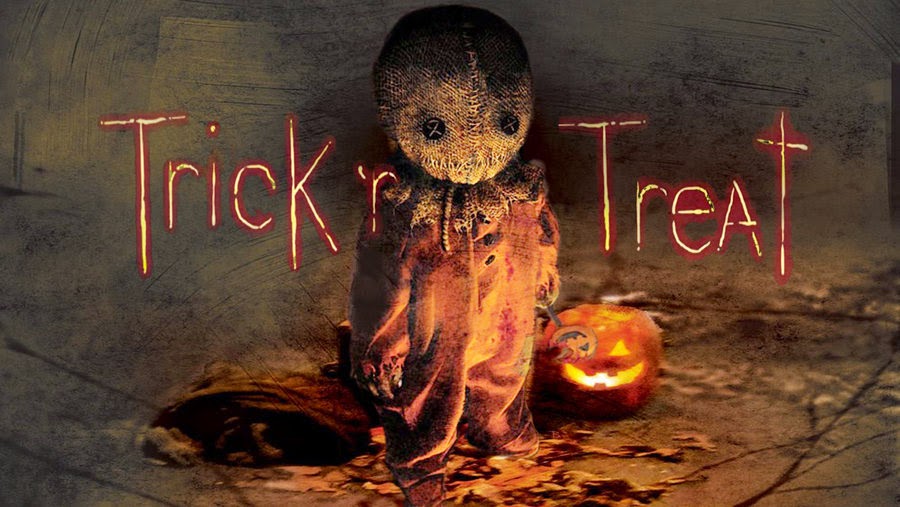 My girlfriend doesn't always understand my excitement for poking through used DVD racks, but when I find a gem like Trick 'r Treat for sale for $5, well...

I actually hadn't seen the film before. Tom Charity programmed it to play the Vancity Theatre last Halloween, and it looked like a lot of fun, but I can't always get out to the movies I want to see these days: excuses are up, energy is down, & movies get missed all the time. In fact, I'm only about twenty minutes into the DVD, as I write this, but I'm already in love with it. Nevermind that it was shot in Vancouver - something that can make even Fifty Shades of Grey more enjoyable to a local movie geek: there are also the fun details that Brett Kelly, AKA the fat kid from Bad Santa, seems to have been cast with an eye towards his character in that film, and that one of the main gross out gags so far has him projectile vomiting chocolate, after he eats a tainted candy - which obviously echoes, for the geek, Linda Blair in The Exorcist, but also reminds one fondly of the general chocolate overindulgence that accompanies Hallowe'en. How has there not been a Hallowe'en themed chocolate projectile vomiting scene before now, I ask? 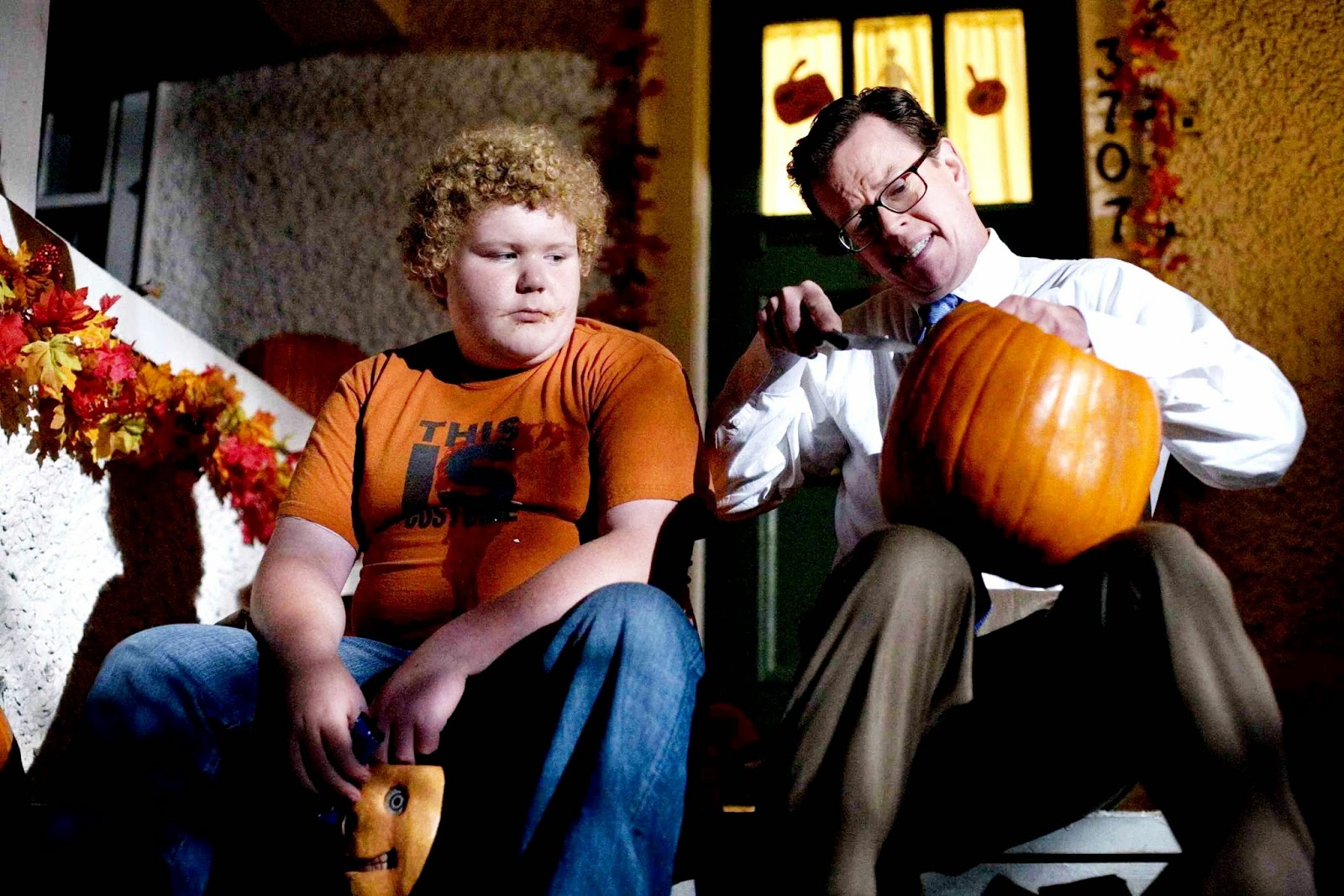 Better still, the candy is given to him by Dylan Baker, who appears to have been cast with an eye towards riffing on his character - the pedophile dad - in Happiness. (Great anecdote from him about playing the film for his daughter, here). And Anna Paquin as Little Red Riding Hood? Really? I mean, it makes me want to dress in a big bad wolf costume and follow her through the woods, to be honest. (I realize she's taken). I'm kind of enamoured of Anna Paquin - so many cool things she's been in, and she's a powerful actress to boot, as anyone who saw Margaret will know. (Watch the long version, and thanks to David M. for telling me so). I hope she continues to get away with the trick of looking about 22 for another ten years or so - she's kept it up longer than most, is 32 now, and still seems quite ageless.

So yep, I'm in love with this movie already. Sometimes a film gets me so excited after I start watching it that I have to stop it and vent some of my excitement. So, here: I'm excited about this movie! I'm presently missing a party at my girlfriend's parents, as well as the Andrew Jackson Jihad at the Rickshaw and a screening of Cronenberg's Naked Lunch at the Rio, but this film is making a sick night in much, much more enjoyable. Thank you, Michael Dougherty, for making this film! Also, thanks go to Tom Charity for making me aware of it...

I've actually been seeing some pretty fun anthology horror films of late - like the Amicus twofer of Tales from the Crypt and The Vault of Horror, both of which are also excellent... It's a form I've neglected. I may try to remedy that. Fun stuff...
Posted by Allan MacInnis at 12:44 AM