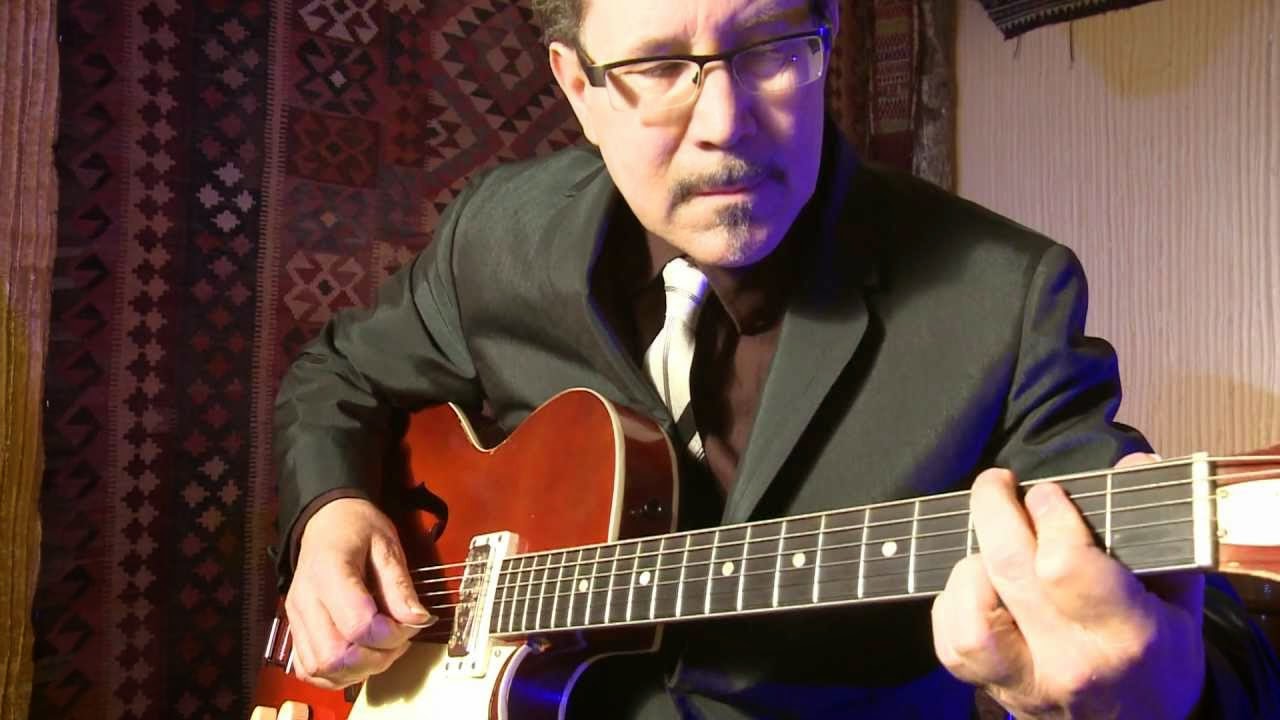 Totally enjoying Stephen Nikleva's new solo album, Square Moon. I had no idea what to expect; having seen Nikleva play guitar with provocative Vancouver New Wave art-punks Red Herring, country swing/ roots music band Petunia and the Vipers, and with the Lache Cercel Roma Swing Ensemble, I had no idea where his solo work would go, though I was pretty sure I would like it. Indeed I do! Turns out Square Moon sounds like a music geek fantasy LP dug out of a thrift store bin for 25 cents and immediately elevated to heavy rotation in the stack of albums closest to your turntable, because it's so damn fun: it's, I dunno, weirdo space-age surf lounge, kind of like John Zorn's The Gift wanted to sound, but infinitely more sincere, and without the trappings of Japanese pedo kink that was popping up in Zorn's album art at that time. (Pardon the digression but I still resent Zorn for that stuff - like the hidden insert in Taboo and Exile. I am not confused as to why he did that - in fact, I think I have a fair guess as to his motivations - but my interest in Zorn sort of dropped off radically after that point, which is kind of funny, I guess, because none of his other album art - images of lynchings, disembowelments, S&M, and murder - had that effect on me, I guess because he wasn't hiding it, making you complicit in a crime in unwittingly purchasing it...).

Anyhow, to return to point, Nikleva's record release is just a few days away (April 9th at the Waldorf, I believe in the Tiki lounge - the Tabu room, or whatever it's called, which is just PERFECT for this music). Here's an email interview I did with him, about the album... see y'all at the Waldorf. 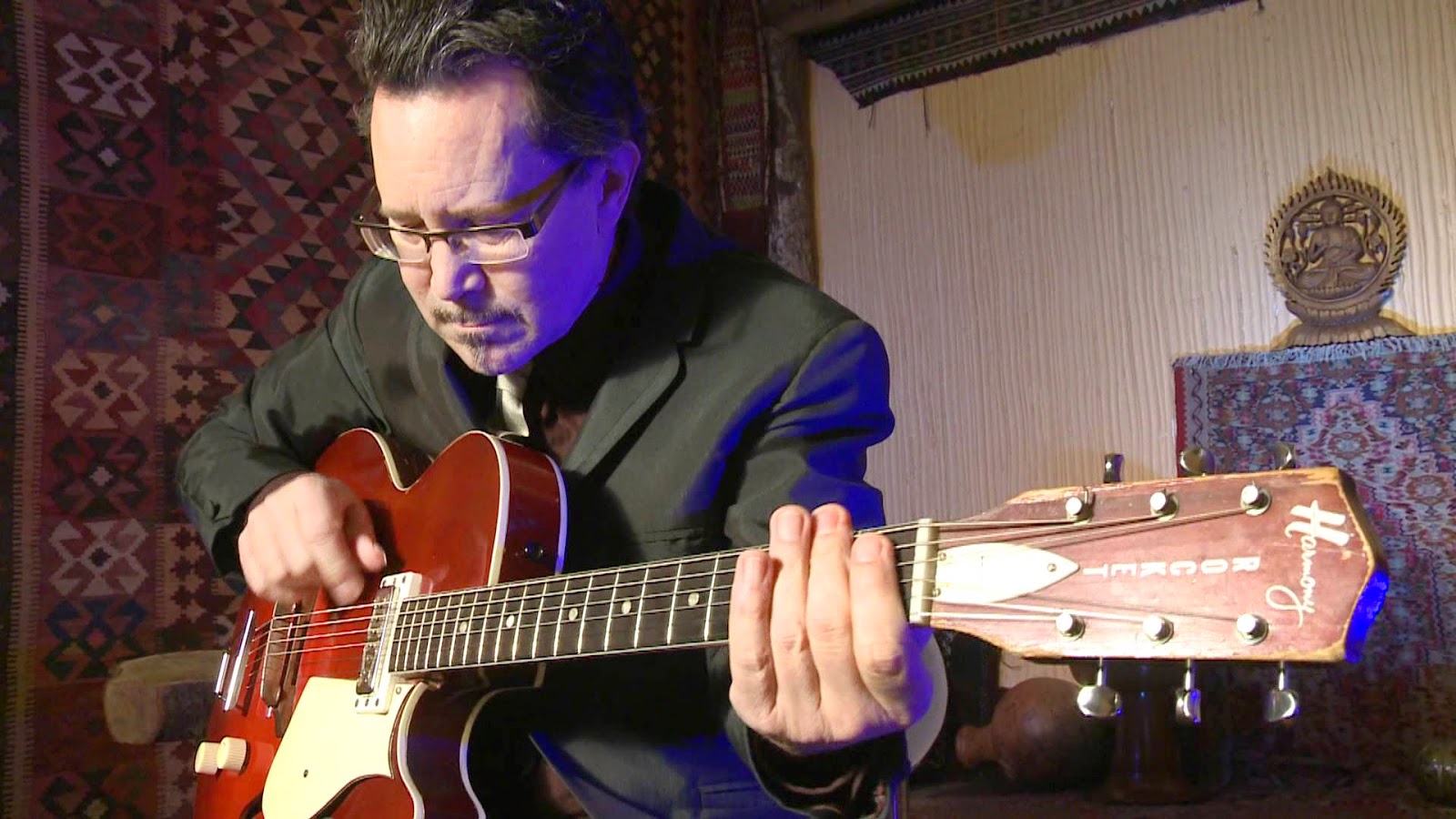 The art takes me back to weirdo lounge albums of yore - was that the concept? Was there a lounge influence on the recording?

Great! I do enjoy listing to those lounge albums, especially ones that have guitars on them, eg., the jazz guitarist George Barnes did a few albums where he would arrange 'standards' for a few guitars. I also enjoy picking up those albums just for the cover art, and then listen to see what the music is like. I didn't set out to do or recreate an album like that but I realized it was a way to incorporate all these different influences, the same way that some of the albums from the 50's & 60's did, and I was fortunate to work with a graphic designer Saveria Renucci who totally understood that approach.

About the cover art, check out this site: http://lpcoverlover.com

The surf elements seem new to me - where did you get into surf music?

When I was growing up surf music was on the radio, The Ventures, The Beach Boys.. and it's all about guitar and sounds, in fact it was the Fender reverb that really helped to create that surf sound!

I kind of am reminded of an album by Spike Jones, covering Hank Williams, that I dug out of a thrift store for a quarter by this. The music is dissimilar but it has a very similar playfulness - the album feels like a thrift store find! Y'know?

I used to go thru the thrift stores looking for records and I remember I was in Gibsons and the records were 25 cents and I saw one by Les Brown (big band doing tired standards), but it had a great vibrant colour photograph of a couple on the beach. I thought, well the cover is so great even if the music isn't any good, I'll still buy it. That was when it started. Another time in a thrift store I bought an album and there was no record in it, the cashier pointed this out and I told her "I like the cover", and she said, "I have a relative in NYC and he does that," that was the first inkling that there were others. Then I came across the books Incredibly Strange Music Vol 1 & 2 put out my ReSearch and I discovered there was a whole bunch of people finding weird, odd, or beautiful music/covers. As I travelled down to SF & LA with Ray Condo I noticed other people were doing this as well. For a number of years as I travelled around the US with Ray Condo I would often get up early while the rest of the band were sleeping and head off to local thrift stores and rummage around. There was a fantastic record store in Pittsburgh (Jerry's Records), and Jimmy Roy & I would always beg the band to make a stop.

Where did the title "Road Lizard" come from? Why Square Moon? Is "Montmartre" named for the Parisian Montmartre or the restaurant where Petunia used to gig?

"Road Lizard" Well, again all this road touring… it seems in the US you see these shreds of black rubber from truck tires on the highway and sometimes they are big strips and I called them Road Lizards. Square Moon was a title that Ray Condo came up with, another friend calls it 'Mind Blues". "Montmartre" was for the area of Paris, I don't know why but I did visit there a couple times while on tour, as a matter of fact with Ray Condo we even played Cafe Montmartre in Paris. But anyways, there are some older less touristy areas that have that feel of 'days gone by' a wistful feeling…

Is "Macedonian Polka" actually a Macedonian polka? Does this Eastern influence on the album have anything to do with your playing with Lache?

"Macedonian Polka". Well I don't know too much about Macedonia music yet, but my dad found a place called Nikleva Springs on a map in Macedonia so had this connection. A few days after my CD release I fly to Istanbul to do a week tour of Turkey with Lache Cercel, the Romanian violinist I play with. I am then taking a few days to go visit this place. I will also try to check out any traditional folk music. I just talked to an Albanian accordion player that sometimes comes down to sit in with Lache, he said the music of Macedonia is wild-just different, as are the people. Should be an interesting trip!

So yes, playing with Lache has brought in this "eastern' influence. As a kid I had always wanted to learn something about that music. As a young adult I had a sitar and studied it briefly, but was also wanting to learn about jazz and realized that it was too much to do both.

How will this translate to a live show? Who is the live lineup, and how closely will you follow the album?
I have already starting doing live shows using the rhythm section that recorded on the album (Patrick Metzger, bass, and Paul Townsend, drums). However Marc L'Esperance who engineered, co-produced and also played drums on some cuts will join me for the CD release on drums as Paul will be on tour with Lache. I was also fortunate in having Noah Walker join me as part of my band on 2nd guitar. Because I did overdubs in the studio it is nice having a 2nd guitar to help fill the sound. For this show I will have the Tunisian vocalist that did vocalizing on a couple songs join me, Meriem Ben Amor, as well as Simon Kendall (Doug & The Slugs) on accordion for 2 songs and Baritone sax Max Murphy for the song "Hot Rod."

For this special show I will also bring down some of the guitars I used on the album that I might not always bring out for live shows - my Nylon string for Montmartre, the Django style guitar for L'Avenue, and my fretless for "Eastern Surf."

The first set will feature 11 of the songs from the album and I am preparing to have scans of record covers from my collection being projected to the side of the stage to match the theme of the different songs! Which ties in with the theme of the venue and of the album! Later in evening we'll do a 2nd set of mixed material, including the other 2 songs from album more for fun. 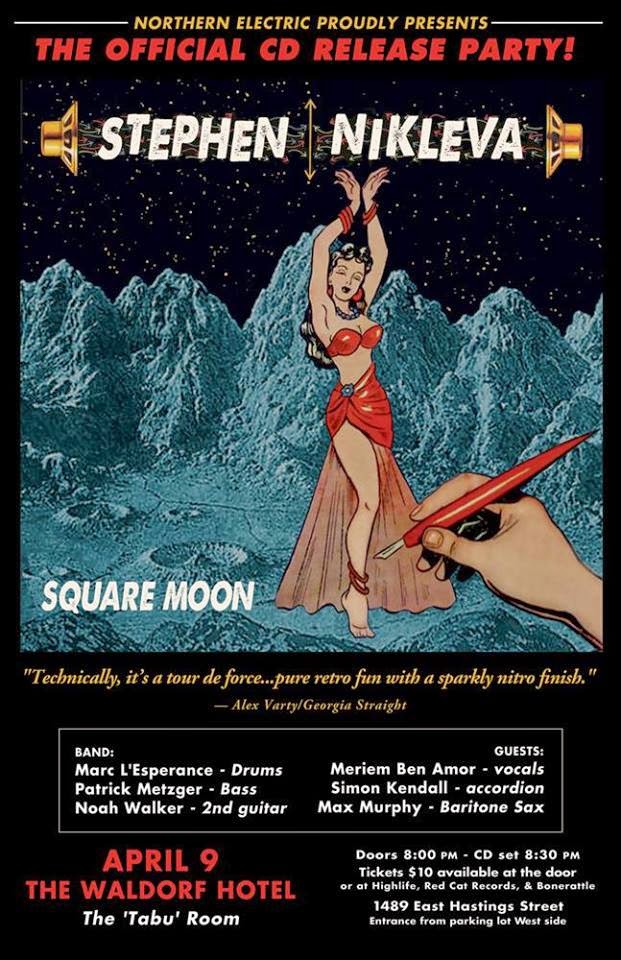 Posted by Allan MacInnis at 5:30 AM