Couple of cool gigs upcoming for old time Vancouver punks, or those like me who weren't really a part of their first generation scene, but have a fondness for the music. Not much chance I will be at either show at this rate but I can mention them here. 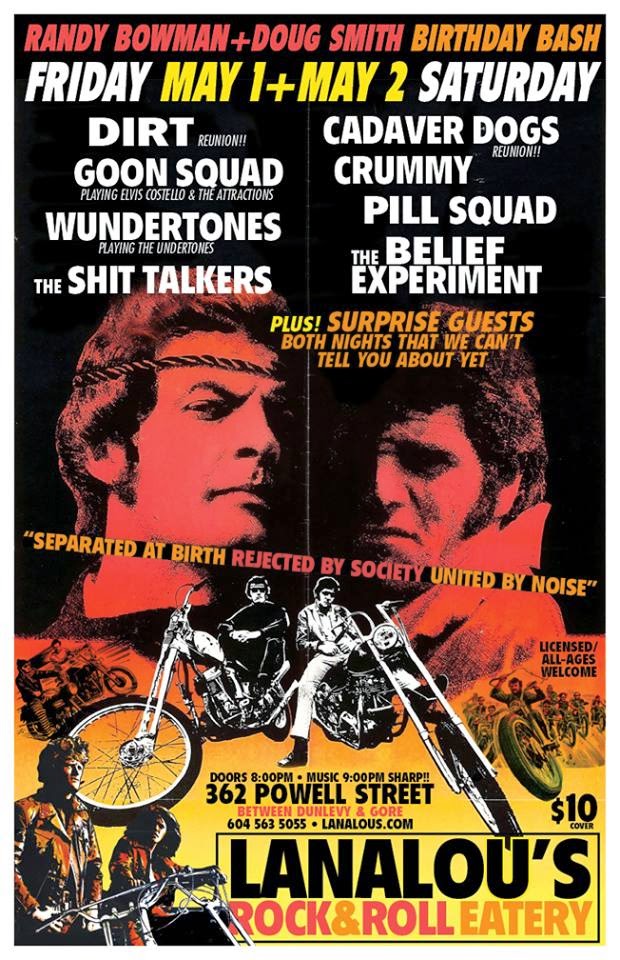 This coming weekend, Dusty Doug Smith and Randy Bowman will be celebrating their birthdays at Lanalou's, on May 1st and 2nd, with reunion shows from Dirt and Cadaver Dogs. I've only ever seen Doug play live with the Strugglers and Little Guitar Army, but I've always gotten a good vibe off the guy, and imagine he's been in a billion bands, beside Dirt and the Cadaver Dogs (he also mentions the Beladeans and Piggy). I remember him telling me he actually pops up in the crowd for the Pointed Sticks big scene in Dennis Hopper's Out of the Blue, but God knows where he is among all those people. Meanwhile, Randy Bowman is, of course, on No Wishes, No Prayers, the Subhumans album that the band recorded for New Alliance, I think it was, that Brian Goble once told me was subject to meddling on the production level, saying they sped it up ("no way were we playing that fast," I believe was his exact quote). It's still a great album. No idea what he'll be doing, or what else he's done, but this should be a fun gig - and what's this about "surprise guests?" Hmm. Music starts at 9pm! 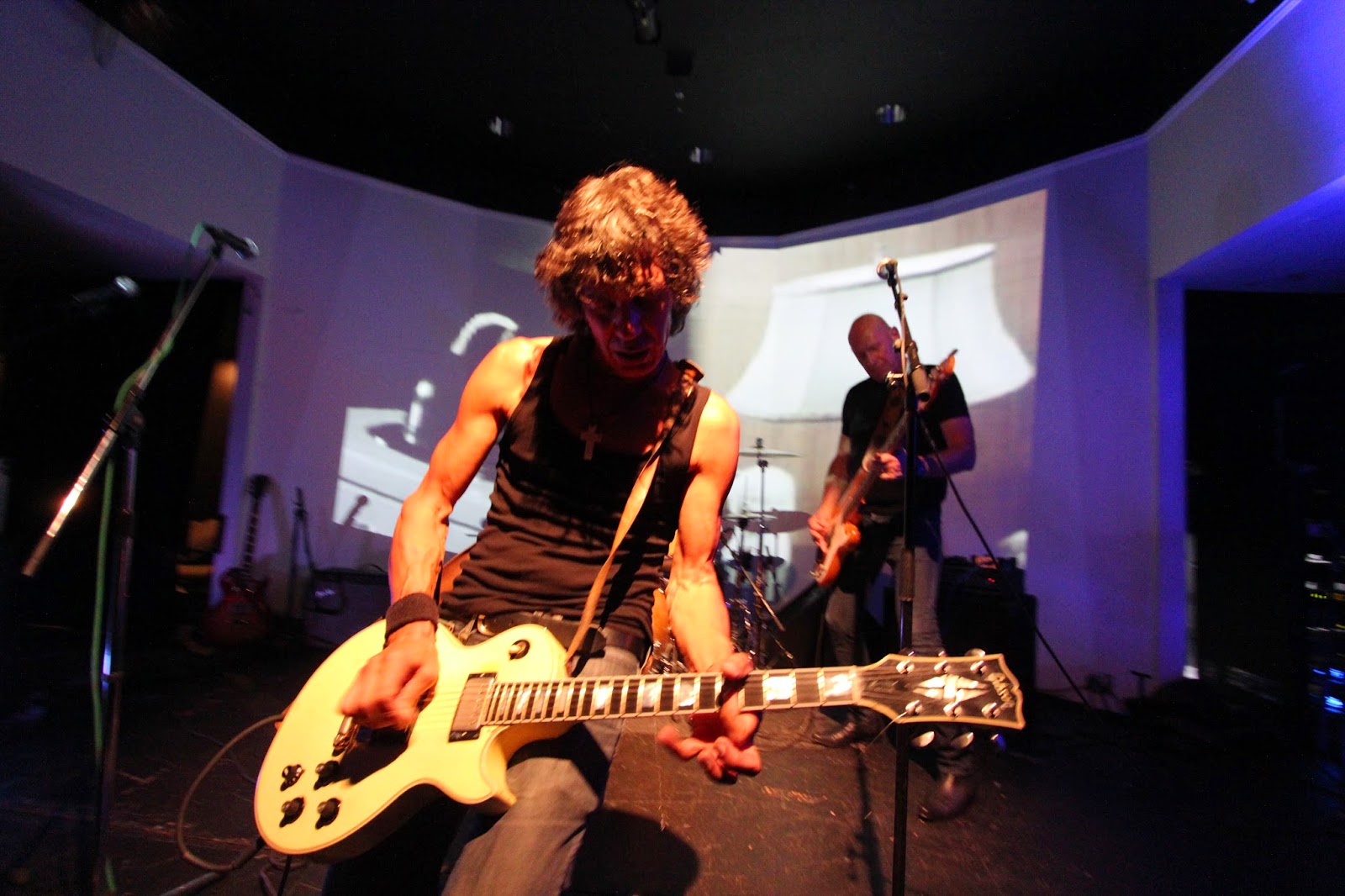 The Furies at Chapel Arts, by Vincent Kuan, not to be used without permission

The weekend after that, when I have at least two fairly low-impact medical procedures scheduled (one of which involves jerking off into a plastic container, which should be, umm, interesting), the Furies are going to play a venue called The Hindenberg. I have no idea what the exact addy of the Hinderberg is, except that it's in Gastown and has formerly housed The Hungry Eye (named, perchance, after an old Robert Bloch short story?). It's also apparently one of the two or three past incarnations - not the one I frequented - of the Cruel Elephant. "Someone said I played there before in the 80's," Furies frontman Chris Arnett writes, "but I can't quite picture it."

It's another early show (old people like us like these) with the Furies coming on at 10pm for a 1/2 hour set. I gave Chris free reign to catch us up to speed about what's happening in the world of the Furies, and/ or his academic pursuits. He writes:


Getting lots a new fans -younger crowd who dig our speedy Grateful Dead meets garage style (according to Taylor) Had 'em in the palm of our hand at the Rail last time! Playing "Vancouver is a Graveyard" again. We've got some new songs ("Brother 12." about the charismatic gulf island guru Wilson who played with hearts and peoples fortune as they awaited the end of the world in his machine gun guarded utopia the 30s). AND we'll be recording a four song EP ("Double Singles") soon with 4 rocking tunes to make us famous. Academic news? Writing up my Phd , got 5 articles coming out this year Oh and if you havent already, check out my interview with Sheryl Mackay that finally aired: http://www.cbc.ca/nxnw/ see March 22. Plus giving lots of community talks in Lytton, Galiano, Duncan outside of the ivy covered academic venue. Have agood one and C ya !


Later Chris added that he would be "also playing a new old song, "Public Enemy" that he "wrote for the Dishrags (a live version sung by Dale appeared on their latest LP), updated to include the latest PE, namely Harpersaurus." Believe me, Chris, between jerking off into plastic and seeing the Furies, I'd rather see the Furies...!
Posted by Allan MacInnis at 10:53 PM