The flushing of my late father's tartar sauce 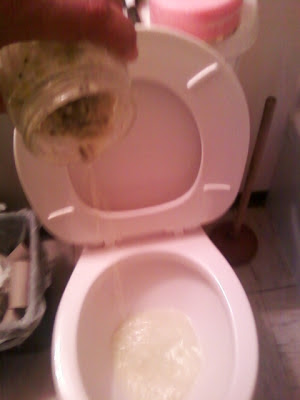 So. You've been dead for, what is it, now... three years and seven months? It's been a long time. I no longer cry about it or beat myself up for the things I didn't do well enough towards the end with you, though I still regret that we never got closer than we did, and there are still things that I wish I'd done differently. I should have stopped lecturing you about your using alcohol as a way of coping with your cancer, for one. I'm pretty sure the drinking hastened the failure of your liver - how could it not have? - but I think you would have appreciated it more if I stopped judging and got drunk with you at least once. I wish I had.

My big regret, tho' - besides your not being around anymore - was always my telling you that Mom was talking about going to the casino during the week of your death. I was kind of "narking" on her as a way of drawing on your authority to keep her from going - because I was surprised that she was thinking about it myself, and didn't want her to leave me alone while you were in the hospice - but I don't think I explained well enough that (I think) she was a bit addled because of her recent stroke, that she didn't really understand what was going on, and that maybe an element of hopeful denial was involved. It's not that she was being "hard-hearted," as you took it - more that she was kidding herself that you were going to be around a lot longer than you were (as it turns out, you were dead the day after that conversation; for the record, she did not go on that trip). I scrambled to make up for my error as soon as I saw how you were taking it - but really, I shouldn't have said anything about it at all.

Some of what I've been doing since that time counts as penance - taking care of Mom, mostly, without doing a great job of taking care of myself. There's also an element of admitted indulgence - because I've gotten to sit around watching a lot of movies with Mom when I could have been working - but it's been hard for me to deal with the thought of being off somewhere else while she's left all alone and rather fragile in the apartment, with no one to keep her company besides the TV, and no one to help her through life, which is pretty challenging for her now since her stroke. She was always a little too dependent on you, even before the stroke; now, with nearly no one else to look after her, she's way too dependent on me. I imagine you saw that coming, and maybe felt a bit guilty to be leaving me alone to take care of her; though sometimes I wonder if you also strategically made sure I was left feeling pretty guilty about failing you, towards the end, so I would do a better job with her? It worked like heck, if that was what you had in mind...

But that's not what I'm really concerned about here. I thought you'd like to know that I finally seized the moment to flush your homemade tartar sauce (note: made by mixing relish and mayonnaise) down the toilet today. This was a big deal - and which, properly understood, should ameliorate any hurt I caused when I narked on her about her casino trip.

Because here's the thing: she's repeatedly refused to allow me to get rid of that tartar sauce, not because it's especially good or because it's hard to come by the stuff, but because you made it. We had to eat the last of your homemade pizza and the buns you baked when our old freezer failed a couple of years ago - it thawed completely, and I insisted that we couldn't re-freeze it, that it had to go - but she's had a sentimental attachment to that sauce, and it's been in the fridge for... cripes, when did you make it? It might have been in there a couple of years by the time of your death - it's not like we ever went through a lot of fish and chips, as a family, and you weren't cooking that much in the last months of your life. So if we say it was made in 2008 - the shit was five years old! It looked and smelled like tartar sauce, still, and I really don't know what the shelf-life of the ingredients was, but I stopped trusting it around, say, 2010. I've mostly kept fish and chips off the menu since then - easy enough to do, as the household cook. Around 2011, Mom insisted on having them, and insisted on using it as a condiment, and we had a big fight, her practically screaming at me NOT TO THROW IT AWAY. "But Mom, it's at least three years old!" She wouldn't do it. She ate it that night with her fish; I chose not to. She didn't get food poisoning, but... I put it back in the fridge with great reluctance, and have occasionally considered just sneaking it out, tossing it, and replacing it with a fresh concoction.

The other day, she was talking about wanting to have fish and chips for a change, and I seized the opportunity to gently bring it up again. "Look, Ma... I know you're attached to Dad's tartar sauce, but he's been gone for almost four years now, and he might have made it, what, in 2007? 2008? That's some pretty old tartar sauce, I really, really don't think it's safe to consume."

To my surprise, she agreed with me without the slightest struggle. I didn't bring it up again. I just - in preparation for fish and chips this weekend - picked up some nice storebought tartar sauce and took the jar to the toilet, to dispense with the stuff once and for all. No ceremony, no sentiment, no attachment, no time for regrets or sorrow: I just flushed it away, washed out the jar, and it's done.  (Well, I took a few pictures, because I thought it would make an amusing blogpiece, but that hardly counts as ceremony).

It comes as a relief to say that (as far as I know) we no longer have any food in our fridge or freezer that you prepared (though some of the canned goods in the cupboard were no doubt bought by you back in the day... I might have to start weeding some of those out soon, too, since I bet half that stuff is expired - there's probably something like eight cans of fruit cocktail that you bought back in 2005...).

That relief is strictly a matter of food safety, though. Believe me, we both miss you a lot. 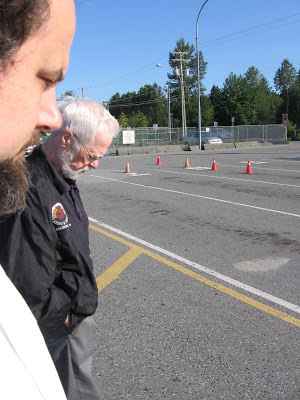