The most entertaining story I have encountered about a surveillance state misfire involves The Clash's song "Tommy Gun." As Clash fans may know, there is a segment at the end that was frequently not rendered in songbooks and on lyric sheets, back in the days prior to the Internet. A portion reads:

In 2004 Bristol man named Mark Devine, who played bass in a Clash tribute band, attempted to text these lyrics to the band's singer, who apparently couldn't decode Joe Strummer's blustery vocal; he reached a wrong number, and shortly thereafter was visited at work by members of the Special Branch, concerned that he might be a terrorist (original news story here). 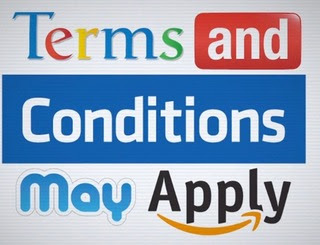 Though this anecdote does not appear in Terms and Conditions May Apply, the new documentary about state surveillance and the complicity of  various internet companies (including Google and Facebook) in facilitating it, having watched the film, the part of the anecdote involving a "wrong number" seems fishy. It seems more likely that the government was simply monitoring internet traffic and text messages, even back then, and just used the "wrong number" story to cover up their activities; if they weren't doing such things as a matter of course in 2004, they certainly are now.

Terms and Conditions May Apply - screening this weekend at the Vancity Theatre - offers ample stories of equally absurd (and sometimes quite brazen and frightening) misfires, such as that of a tourist who says he's going to "destroy America" in a text, and then finds himself welcomed at a US airport like he's Maher Arar. Anyone with any real-world knowledge can see he means the word "destroy" as a metaphor for irresponsible drinking and carousing, particularly since he signs off with a little "x," indicating a kiss; security-state spooks apparently aren't that skilled in decoding such things, alas. The film doesn't offer any examples of how infringement of online privacy has actually been EFFECTIVE in averting crimes or terrorism - it didn't seem to do much good in Boston! - but while surely such examples could be found, the entire idea of monitoring internet behaviour to PREVENT crime raises some serious red flags for director Cullen Hoback, who cuts at a key point to scenes of the Minority Report "pre-crime" unit at work, to underscore the scary implications of the idea of preventative surveillance...

The film is quite adept at stitching pop-culture references into its tapestry, actually - including the South Park "Human Cent-i-Pad" episode (which should be viewed as soon as you finish reading this, if you haven't seen it already). Such nods give the film considerable entertainment value, as Adrian Mack notes here, while not detracting from its seriousness. There's also a Michael-Moore style ambush of Facebook's Mark Zuckerberg, and, I gather, added material in the cut to screen Saturday to take in the highly relevant Eric Snowden NSA whistleblowing affair. (Trivially, Jello Biafra weighs in on some of these matters here, in a recent webisode of What Would Jello Do?). About the only way they could have made the film better, by me, would have been to include The Rebel Spell's "It Can't Be Just Me" as the credits rolled - but that's obviously a bit much to hope for...

All the same, the truth is, I'm personally not really one to care that much about matters of privacy or the surveillance state; no doubt there has been some attention paid to my behaviour online, given some of the things I write about and some of the people I'm in touch with, but for the most part, I like the idea of living somewhat transparently anyhow - I'm a bit of "TMI" kind of guy; the only compromising information that CSIS or such is going to get about me involves my masturbatory habits. If they've got nothing better to concern themselves with, the nation is doomed anyhow - which I believe it is, by the by; as dwindling resources, growing unemployment, social disenfranchisement and increasingly authoritarian government policy lead to greater and greater social unrest, I think the day will come that much of the apparatus being built below-the-radar to monitor everything we buy, say, or jack off to will prove comically irrelevant, useless, superfluous. You won't have to monitor internet activity to find out who is threatening the status quo; at some point soon, you'll just have to look out the window.

The film is still essential viewing, if any of these matters move you...
Posted by Allan MacInnis at 1:13 AM