Of Oscar Brand, Guantanamo Bay, and the state of being Blinded By Turds 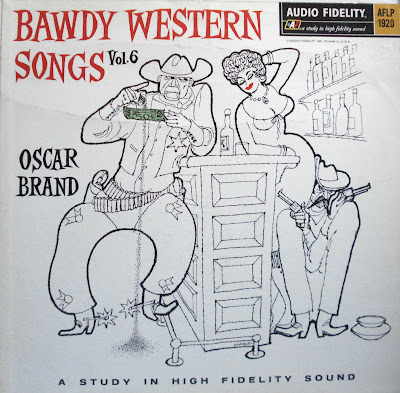 Unbeknownst to me, I had my first brush with the music of Winnipeg-born folk singer, CBC-TV personality, NYC radio host, and ribald humourist Oscar Brand when I bought a Meat Puppets DVD, Alive in the Nineties, which includes footage of a weird little ditty labelled on the DVD case as "Wonderful Song."  The lyrics aren't that easy to discern in context, but the song definitely does appear to deal with rather feculent subject matter - "it's a wonderful song but it's all about turds," as the head Kirkwood sings. The proper title of the tune, I discover, is "Blinded By Turds," and it's written by Oscar Brand, appearing on his album Bawdy Western Songs Volume 6 (which, trivially, you may just be able to download in its entirety here). I love a good silly novelty song, especially a rude one, and this one is at the top of my charts at the moment - it's sort of Chaucer by way of McLean and McLean. Brand's many (many!) albums of bawdy songs - also including several rude sea shanties - are consistently amusing and easy to find on the cheap at thrift stores and garage sales and the like. Brand himself is still alive (and just like that Meat Puppets DVD suggests, in his nineties), so this goes out with my regards and respect for him, since I wasn't able to submit a comment via his website; I am most amused by his music. One of his tunes in particular, off Every Inch A Sailor - which I found yesterday for a mere 25 cents! - deserves a modern reworking, with new lyrics; it's called "Guantanamo Bay." You don't even need to change the last couple of lines - just brilliant! 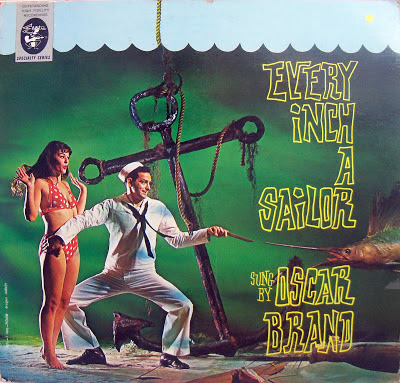 Posted by Allan MacInnis at 1:14 PM