James Gandolfini Tribute at the Vancity!

There's not a lot I can say about James Gandolfini. I haven't yet gotten around to The Sopranos, haven't really followed his career closely; I loved his sequence with Patricia Arquette in Tony Scott's Tarantino adaptation, True Romance, and I loved him in Killing Them Softly, but I didn't bother with an obit when he died since I have no special insight into his work or personal connection to it. However, Killing Them Softly is an interesting enough film, sorely under-appreciated, politically brave, and at times brilliantly acted - especially by Gandolfini, in the role of a washed up hitman on the brink of total personal failure - that I am considering seeing it again this Sunday, as part of a matinee tribute to Gandolfini at the Vancity Theatre, and would urge those who have not seen it (which is pretty much everyone, I imagine) to consider giving it a look. My own past writing on it was quite critical, but since the film is good enough that it should be seen, regardless of any imperfections, perhaps I might direct you to Tom Charity's perceptive, but more forgiving review of it, instead? I agree with everything he says, was just more irritated than he was by the unsubtlety of certain choices, which I hope will be less annoying the second time around... 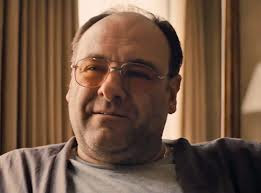 For true fans of Gandolfini, note that the film will play with Not Fade Away, which I have not seen, but which also stars Gandolfini and is supposedly quite good. For cinema die-hards, or those with something to prove, note that if you feel really ambitious (and have nothing else to do on Sunday), you can also catch Margarethe von Trotta's film Hannah Arendt - starring the excellent Barbara Sukowa, who acted in Fassbinder's Lola and Berlin Alexanderplatz, Lars von Trier's Europa, Volker Schlondorff's Voyager, David Cronenberg's M. Butterfly, and many other films.... and then round out the day with the Vancouver-made thriller Blood Pressure,, directed by Sean Garrity, who made a strange and fairly Phildickian SF film called Lucid a few years back (the only one of his films I've seen; I don't remember it that clearly but I remembered enjoying it).  Four films in one day, in a theatre with seats so comfortable your ass won't hate you afterwards! (Hopefully there are long enough breaks between films to caffeinate and snack and such).
Posted by Allan MacInnis at 11:13 PM