Have a Happy Record Store Day! 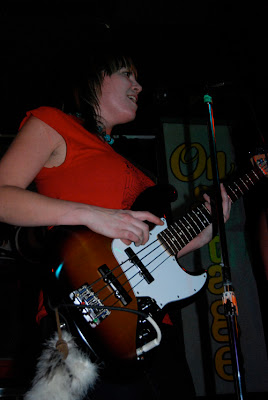 Vancougar by Femke van Delft, not to be reused without permission

Last year, I wrote a rather lengthy piece on Record Store Day - AKA the Most Expensive Holiday Ever - mostly focusing on Neptoon Records. This year, if I were writing a similarly long piece, I would spend the time on Scratch Records, whose Interurban in-store features free performances by thirteen bands, including both Vancougar and Von Bingen - two very different bands, but both highly enjoyable (the truth is, I don't think I know any of the bands at the Neptoon, Zulu, or Red Cat in-stores). If I end up daring to bring my thinning wallet into a record store this year, I think it's going to be Scratch. 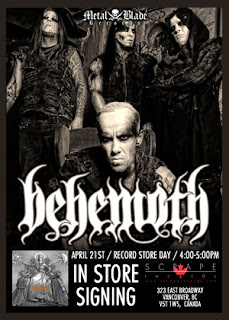 Though if I'm feeling really daring I might get my Behemoth vinyl signed at Scrape Records. Hopefully the band won't be in makeup yet. That would be kind of scary.

Oh, and I have a Dwarves record set aside at Audiopile.

However: ambition is not my watchword on the blog at this moment. I've just survived writing four essays, and have a life to get back to (I'm sure I left it around here somewhere). So this year, this is all we get. Have a Happy Record Store Day, Vancouver!