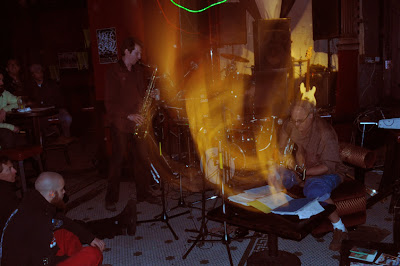 Eugene Chadbourne, Darren Williams and Kenton Loewen, by Femke van Delft, not to be reused without permission

Still phasing myself out, but am realizing that the Vancouver International Film Festival is around the corner. I may pop back up to write about a film or two here, I don't know.

Meantime, note: next week,
Posted by Allan MacInnis at 2:40 AM