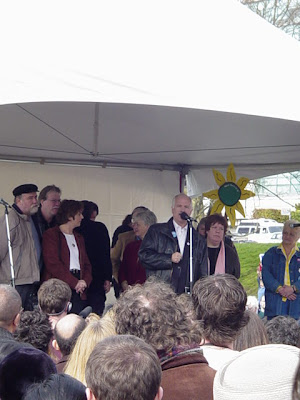 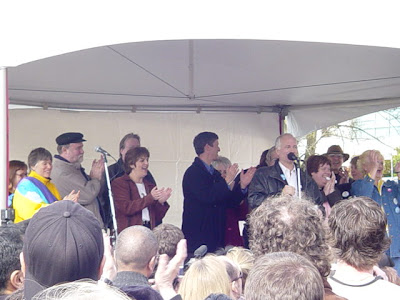 I only saw Jack Layton in person once - at an anti-war demonstration in Vancouver where DOA played and Noam Chomsky gave a speech.

Any Canadian politician who'll share a stage with DOA and Noam Chomsky is okay by me.

(Actually, truthfully, I was always a bit ambivalent about Layton - he seemed too much a career politician, a species I mistrust on principle - but that never stopped me voting for his party, and I was happy to see him make the official opposition - a success he well-deserved.)

My condolences to his family, friends and colleagues. Jack Layton's letter to Canada - his last words to the nation, basically - can be read here. 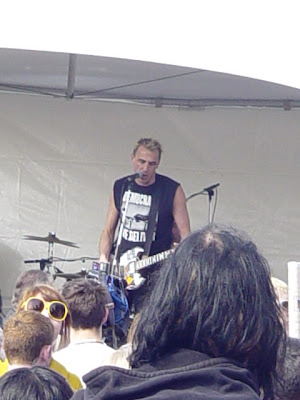 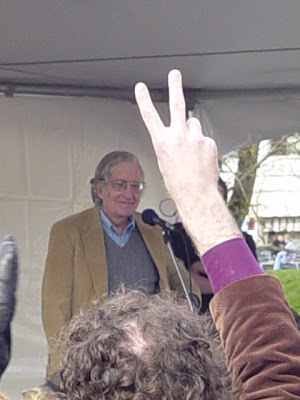