The Meat Puppets are coming - BUT - 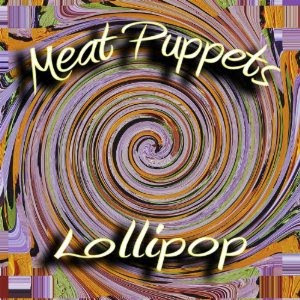 I've been ACHING to see the Meat Puppets (that's Wikipedia, Myspace here) since Cris rejoined the band in 2006 and they put out Rise To Your Knees, which I loved. They're touring Lollipop, now, which I haven't picked up yet - but it sounds pretty joyous, actually; see here and here and here, for starters. It turns out they play Vancouver on July 29th; the catch is, they're touring with Soundgarden and Queens of the Stone Age, and playing Rogers Arena! I don't actually KNOW Queens of the Stone Age, and I've been on an anti-Soundgarden trip for awhile now; they're a band I liked at the time that I just can't really get with, these days. (Now if Brothers of the Sonic Cloth toured...). And do I want to pay Rogers Arena prices for a Meat Puppets show? Or even see them in a giant auditorium?

Fuck! I mean, if I had the money, I'd consider flying to England this week to attend this year's All Tomorrow's Parties festival, where I gather curators Animal Collective have asked them to play all of Up on the Sun... THAT would be an experience worth shelling out for. But at Rogers Arena with Soundgarden? Ummm....

Speaking of Up on the Sun, I won an eBay auction for a used copy of the vinyl, which I haven't owned since I originally liquidated my collection to move to Japan, back in 1999. It's well up there in my list of favourite records. The trouble is, the vinyl, when it arrived, stinks of mildew! Dammit! I've cleaned the record proper, but the cover and insert have to go in quarantine - I've pinned it to my wall in a plastic sleeve, for want of a better option. How about a nice new 180 gram reissue of that, boys?

EDIT: Thanks to Adrian Mack for sharing this ABC news clip on the Meat Puppets (be sure to see Part 2, too!).
Posted by Allan MacInnis at 12:36 AM

yea, seeing the meat puppets in an arena isn't the best option - when there are ample oportunities to see them in the intimacy of even a large club...but then again, you can hear them do an abbrevated set of 'hits' through a massive/state of the art PA and hopefully hear thousands of folks cheer their approval - could be cool...but then go see them in a proper club setting!

Hmm... Rogers Arena or club, I'd go. I saw them at the Town Pump in 1989 when they were touring with the Disposable Heroes of Hiphoprocy - still sitting high on my top ten best shows of all time list!