Machete Maidens Unleashed! ...and coming to the Cinematheque! 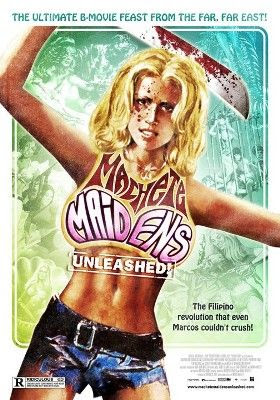 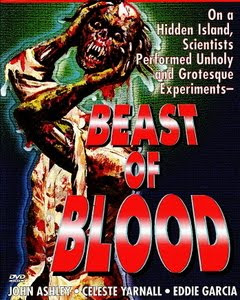 It's directed by Mark Hartley, who did the well-liked documentary on Ozploitation fare, Not Quite Hollywood a couple of years ago, and features interviews from the likes of Pam Grier, Jack Hill, Sid Haig, Allan Arkush, Joe Dante, John Landis, Roger Corman, Dick Miller, Christopher Mitchum, and indeed, key members of the Filipino film industry, including Eddie Romero, Eddie Garcia, and various others whom I don't know, like prolific producer/ director Cirio H. Santiago or Franco "Chito" Guerrero (star of The One-Armed Executioner ). It begins with a brief overview of the state of Filipino cinema, shortly before the arrival, in the late 60's, of Americans like Kane Lynn and John Ashley, and spends a generous amount of time on the various Blood Island films and Roger Corman produced women-in-prison pictures - though, covering about a fifteen year span, it also takes in later, more domestic projects like the films of Weng Weng (a three foot tall but porportionate dwarf who played a James Bond figure, say in For Your Height Only) and the much later, much larger American production of Apocalypse Now. No knowledge of these movies is required to appreciate the film; it's actually probably more entertaining, in some cases, to see just the highlights than to see the films themselves (though so much information is provided that you may feel yourself a bit overloaded on first viewing; if you don't already have an internal filing system for Filipino exploitation cinema when you arrive at the theatre, your cup will be running over by the end). The film compiles a vast collection of clips, trailers, and press snippets, deftly interweaving them with the interviews such that a clear narrative arc is formed. It is narrated simply by the quotes, which are often memorable (from Jack Hill: "Someone had a gunfight in the lobby while some of my people were there... but apparently those things were kinda common.") And many of the people interviewed (like Joe Dante and Allan Arkush, talking about the trailers they edited for New World Pictures, which often had no bearing on the films themselves) are delightful raconteurs, filled with humour and a sincere love of film. 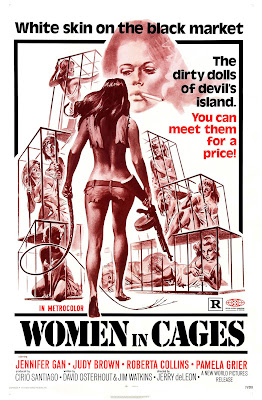 These are often extremely garish, unsubtle, violent, leering, and sometimes very badly made films, mind you. 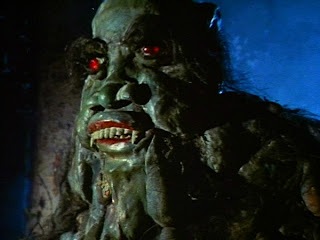 Brides of Blood, the one of these films I saw part of, involved natives sacrificing virgins to a mutated beast who comes out of the jungle to rape them; for all its T&A and gratuitous violence, the film had a weirdly anti-capitalist subtext, since the beast turns out (I gather - I never got this far, before accidentally trading the film in at Videomatica)to be the alter-identity of a wealthy capitalist who lords over the townspeople, and must eventually be defeated. Apparently this sort of oddly revolutionary subtext was common in these movies, which channelled some of the unrest Filipinos felt under Marcos - though it's more prevalent, we're told, in the American productions shot there for the international market than the domestic films, which were subject to greater censorship. More notable is that the film has some of the worst-looking make up and special effects one can imagine; the radioactive killer plants are particularly awful, so it's a shoe-in they'd be included in Machete Maidens Unleashed!

What really makes Machete Maidens Unleashed! interesting, however, is that a subtle turnabout 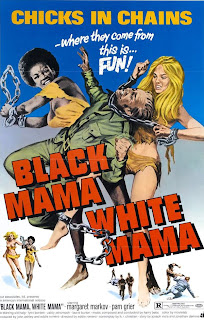 eventually occurs, making you aware of how much of a deal with the devil these films were. Initially, the horrifying anecdotes one hears invite a chuckle, at how off-the-map-and-into-the-jungle conditions were in the Philippines in the 1970's. Sid Haig tells of seeing a kitten carried off by a rat and an army attack dog being used in a shoot eating a DOP's lightmeter. Actress Celeste Yarnall talks a bit more critically - though with a smile on her face - of being a pregnant woman subjected to dangerous stunts and unsafe working conditions, and about how she was cajoled into doing a nude scene that she thought, wrongly, that no one but the Japanese market would see. (Some discussion is included of how these films - which often feature tough but topless women - might be viewed from a feminist point of view, by the way). As for health and safety, the glass that Filipino stuntment fell or was thrown through in these pictures was apparently real glass - the Filipino film industry had no idea of candy glass, we're told. And re: the exploitation of cheap labour, the average Filipino involved in the making of these films was paid $5 a day. The film at first encourages you to slap your forehead and grin at tales of aspiring, possibly somewhat naive film crews working in such conditions - but around the time that we're hearing stories of helicopters that had just gotten back from strafing rebel forces arriving on set to be used in a movie (or the rumour that the dead bodies seen strewn about in Apocalypse Now are actual dead bodies, kept in a special cooler) it becomes clear that the Americans are involved in something morally questionable. Interesting how long it takes for that revelation to set in, in fact; something about film, especially BAD film, makes it seem more immune to criticism than, say, a running shoe or other sweatshop-produced garment. 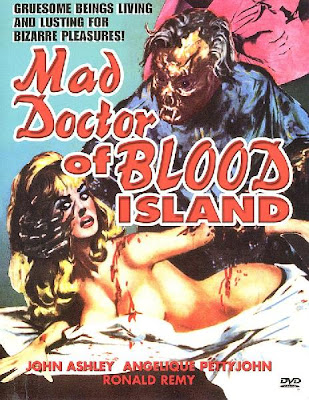 Maybe it's just that I know a bit about the history of American involvement in the Philippines, thanks to my recent interview with John Gianvito about his film Vapor Trail: Clark. American presence there has always been part of a colonialist venture, exploiting cheap labour and the freedoms that come from being far out of the scope of American public concern; in some cases - such as the toxic wastes left behind when Clark base was closed - this has had disastrous side-effects for Filipinos. These sorts of moral/ political considerations are definitely left out of the film, which maintains a lighthearted, fun tone, but I wonder if there are Filipino stuntment alive today with lasting injuries from participating in some of these movies? (There is brief mention, too, of people dying during a shoot - something that John Landis is not asked to comment on, though he seems to be the most critically sensitive of the various interviewees, actually, generally showing that he has a very finely-tuned bullshit detector and functioning moral conscience). 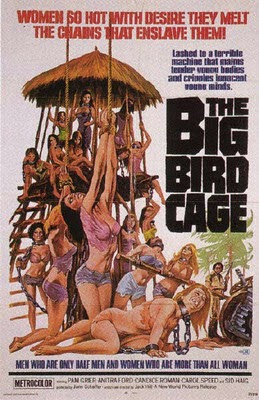 At some point during the film, I even started to think of an old saw that gets repeated in certain circles about what's happening in the downtown east side of Vancouver - that artists are the first wave of gentrification. It figures: creative types, willing to sacrifice creature comforts and scrimp on security in order to be able to leave their dayjobs, with all the risks that that implies, and make art, will be among the first people from the middle classes to move into poor neighbourhoods, accepting the dodgier conditions there as part of the price they must pay. So is an aspiring musician renting studio space or an apartment in a run down building in the DTES, so he or she can make art, on some level akin to Roger Corman, moving the production of The Big Doll House from America to the Philippines, to make his movie bigger and cheaper? ...Bearing in mind, of course, that Corman may well be more of a capitalist than an artist, as John Landis points out during the documentary. Troubling questions, these: if artists are the avant garde of gentrification... where do they fit in the globalisation of capital? And even though this particular chapter of cinema history is closed, what does it imply about the current state of labour practices, world wide (which, ironically, currently sees Vancouver as one of the locations of choice for low-budget American film productions)?

These final thoughts are well outside the scope of Machete Maidens Unleashed!, but I'm pretty sure anyone seeing this movie will have lots to think and talk about afterwards, since it does open up onto larger issues. It's also a hell of an enjoyable ride, as a film, and a must-see for anyone passionate about exploitation cinema. I gotta see me some of these women-in-prison movies... they look to be a hoot... 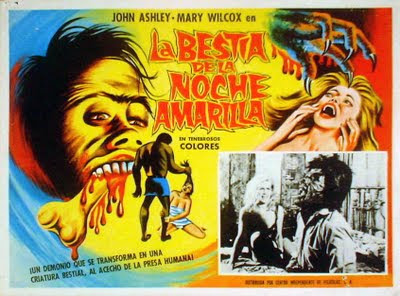 A similar exploitation film boom took place in South Africa during the apartheid years when the regime in power offered incentive schemes and a subsidy system to encourage US and European film makers to shoot in the country. Bear in mind this was during the height of economic sanctions against S.A.

These ‘Zaxploitation’ films were shot on the cheap with one or two American actors playing the lead parts the remaining cast and crew were largely locals.
Often the characters voices were overdubbed and all connections to S.A. underplayed in credits. Some claiming to have been shot in other African countries.

Interesting! Any particular films that I might know from this time?