Pictures from a booklaunch, plus Russ Meyer box 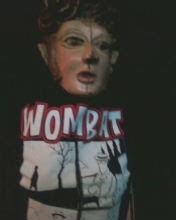 ...and a mighty fine time was had by all at the Railway for the launch of Rod Filbrandt's Wombat book (see below!). I got me a Dry Shave and a t-shirt, mellowed myself a tad on the Back Hand of God, socialized with various delightful folks (including Mr. Filbrandt himself) and directed a few hip-lookin' types to the rock photography of Femke van Delft (see further below!) still hanging until the end of the month... A great night was had! Thanks, Wombat! 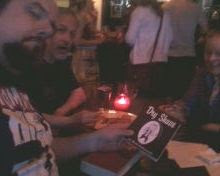 In other news, a most happy thankyou to a certain video store employee who (while he may wish to go unnamed) was selfless enough to point out that there was really no point in spending some fifty-odd clams on US DVDs of individual Russ Meyer movies when you can buy, for about the same price, a box set of nearly all Russ Meyer's films from Amazon UK. Some customers on the Amazon site have complained about image problems, but they look fine to me, so far; far as I can tell, this is one of the best bleedin' deals in the land o' DVDs - assuming you're set up for PAL/ Region 2 viewing. The (shot-in-BC) Vixen, Lorna, Mudhoney, Blacksnake, Mondo Topless, Common Law Cabin, Beneath The Valley of the Ultravixens, Faster Pussycat, Kill! Kill! - they're all here, and a lot more, too - every one I've heard of except Beyond the Valley of the Dolls. They're full-frame presentations but that may well reflect how these films were shot, I dunno. In any event, nothin' goes with the Back Hand Of God like a good Russ Meyer movie! Cheers, Russ! (And cheers, video store guy!). 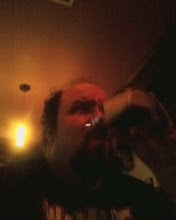 Posted by Allan MacInnis at 7:26 PM