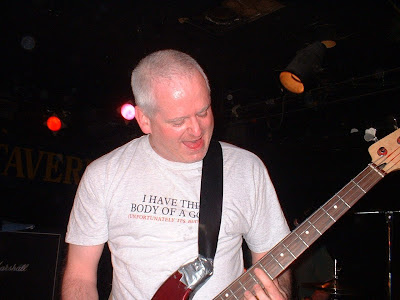 It's not a prank - Rob Wright really has provided a new Nomeansno demo, "Old," for fans to listen to on Nomeansno's Myspace page. It's a promising song - there's a bit more of Ireland in it than usually is visible in his songwriting... The band has no plans, to my knowledge, to do anything in Vancouver soon, but Tom Holliston has a couple of solo shows coming up in Vancouver, and there'll be a Hanson Brothers live album out in September. I'm enjoying my break from them, as I saw them do six separate Ausfahrt shows (the Anza Club Small Parts gig, the Commodore Jazzfest gig, a Red Room show and three shows in Ontario, including the Horseshoe in Toronto); it was enough Nomeansno to tide me over for awhile!
Posted by Allan MacInnis at 7:04 AM