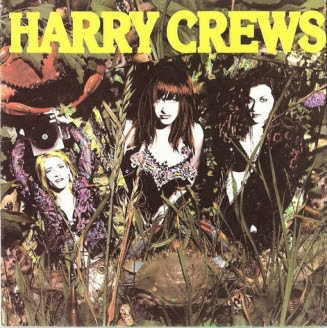 Bluegrass musicians Lester Flatt and Earl Scruggs made an early impact on me, back when my world of music was my parents' record collection - maybe a couple of dozen country albums, including Tom T. Hall, Charley Pride, Johnny Horton, and one Flatt and Scruggs album, still buried deep down there in my memories. Check out "The Story of Bonnie and Clyde," off that album. There's not much I remember from age eight, but I do recall snatches of lyrics to this song.

Also departed: Southern US novelist Harry Crews. I have owned several of his books over the years, and never have finished any of them. A Feast of Snakes and The Gospel Singer remain on my shelf, right next to Flannery O'Connor. Considering his stature it is striking to note how many of his novels remain out of print - one of them, This Thing Don't Lead to Heaven, was only ever published in a hardcover first edition, back in 1970, and has never been reprinted, to my knowledge; the cheapest copies for sale online are $125). Check out the Lydia Lunch - Kim Gordon - Sadie Mae project named for Harry Crews on Youtube...
Posted by Allan MacInnis at 10:10 AM