Upcoming at the Cinematheque: on Wednesday, it's A Woman Under the Influence, regarded by many as John Cassavetes' most perfectly realized film, with terrific performances by Gena Rowlands and the late Peter Falk, as a working class couple, Mabel and Nick Longhetti: the wife is on the verge of a nervous breakdown, struggling to negotiate the various demands and expectations on her, her energies threatening to break loose and overwhelm those around her; the husband is well-meaning but gruff and inarticulate. Everyone should see this film at least once, but be prepared - it's emotionally exhausting. Note: "Adolf" is played by Cassavetes own father, Nicholas John Cassavetes, while Nick's (that is, Peter Falk's) mother in the movie is played by Katherine Cassavetes. As a commenter below also points out, Lady Rowlands is also in the film as Mabel's mother. You don't know what a family dinner from hell can be like until you've seen this film... 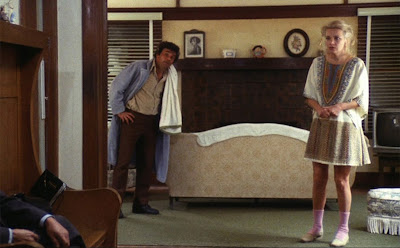 My favourite noirs in their ongoing noir series, meanwhile (of those I've seen - there's a bunch I haven't) are The Lady from Shanghai - my favourite Orson Welles, actually, even though it only exists in a truncated cut; In a Lonely Place (my favourite Bogart, and one of the psychologically grimmest portraits of an artist as a self-destructive asshole, with more than a pinch of autobiographical insight into Bogie's character from director Nick Ray); and Kansas City Confidential - a film that delighted me when I watched it a few months ago, but breezed right through me, leaving mostly an impression of a young Jack Elam. There's also a young Lee van Cleef in it. I vaguely recall the film being densely plotted and compelling but remember so little of it I may check it out again on the big screen. 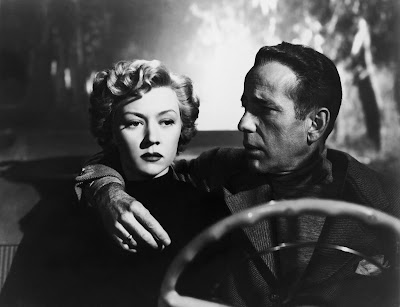 Come Friday, Videomatica Weekend will be kicking off at the Vancity Theatre - a three-day film extravaganza of favourite titles from Videomatica's catalog, including one, Latcho Drom, that has never been released on DVD, despite it's best-renter status. Faster, Pussycat! Kill! Kill!, is probably the most entertaining film in all of Russ Meyer's (generally pretty darn entertaining) ouevre, with the terrific, inimitable Tura Satana (RIP) as a chesty "butch fatale" with a proclivity for killing by hand, a love of fast cars, killer cleavage, and a mean mouth. 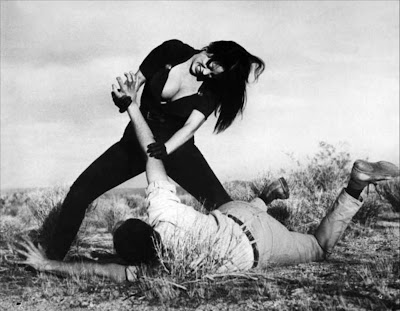 Beautifully shot and edited, lower-than-lowbrow, and ridiculous in the best of all possible ways, this would be an absolute joy to see with an audience. As might The Big Lebowski, actually - who among us has actually seen this on the screen? Lots else to make this a great event - The Third Man is a must-see, too - I think that's a triple bill, on Saturday the 20th, not to be missed (tho' it conflicts with that Infernal Majesty show... hmm...). The press-release promises "nine beloved films... with tributes from guest presenters - film critic Katherine Monk, broadcast legend Red Robinson, Bard on the Beach founder Christopher Gaze, actor Jay Brazeau, punk rock journalist & Evaporators frontman Nardwuar the Human Serviette, actor Ben Ratner, author and journalist Steve Burgess, film reviewer Michael van den Bos and filmmakers Nimisha Mukerji and Mark Ratzlaff."

There will also be the premiere of a "shot-at-Videomatica comedy web series," called Support Your Local Video Store. Again, from the press release, the episodes are "produced by Red Wheelbarrow, a sketch comedy troupe, which includes the management team of Videomatica (BJ Summers and Joe Balogh). The video-store experience is fast disappearing, and these insiders are in good position to depict it both authentically, and with an eye to the absurd situations that happen every day. One segment of the six episode web mini-series will screen before each feature at the Videomatica Weekend." 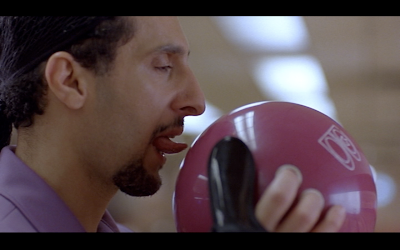 FRIDAY
WITHNAIL AND I
Fri 19: 6.30
This screening will be followed by a panel discussion with Videomatica founders Graham Peat and Brian Bosworth.
THE LONG GOOD FRIDAY
Fri 19: 9.15

...no shortage of great movies to see this summer! By the way, read my interview with Graham Peat about the impending Videomatica closure here, if you've missed it (but note that as of yet, Videomatica is still open for business!). 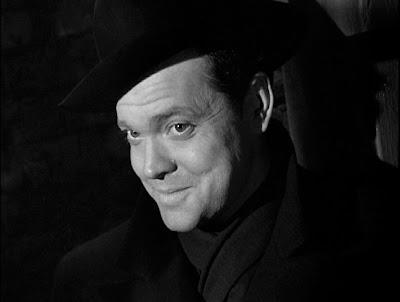 Hi!
One thing about the mothers in "A Woman Under the Influence". It's been a while since I last saw the movie, but as far as I can remember Katherine Cassavetes played Nick's mother, and Gena Rowland's mother, Lady Rowlands, played Mabel's mother.
But I can be wrong.

Oops, no, I think you're right! I'll correct myself. Cheers!