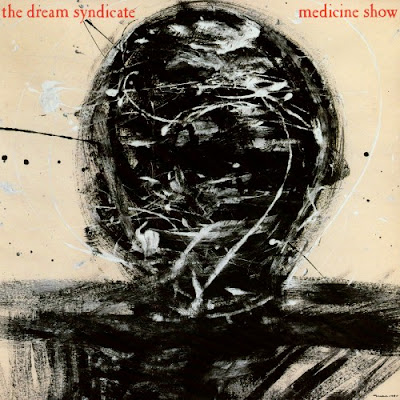 No, not the LaMonte Young/ Tony Conrad/ John Cale (etc) project, the Los Angeles 80's rock band. Managed to snag two bits o' vinyl by them, to add to my copy of the Chris D.- produced The Days of Wine and Roses, always a favourite of mine (sample "Halloween" off it here): I grabbed the green EP that came out before it (sample - not my favourite song, and it's actually not working on my computer, but its the only tune obvious on Youtube from that release) and the LP that came next, returning them to my collection after many stray years. The first EP and LP - both from around 1982, near as I can make out - had considerable cred with hipsters of the day, since they were heavily reminiscent of the Velvet Underground. Neither of those songs really will demonstrate that, but also see here and here. Lotta people liked them around that time.

Then they changed. Kendra Smith left, and for whatever reason, the band drifted away from the VU towards some kind of American roots rock. Since he said it in my presence before I thunk it myself, I need to credit a guy I used to know (Randy, I think his name was... something beginning with R) for saying the band was shifting to a Springsteenian model - tho' it's an obvious observation, and I'd've come up with it on my own no prob. He had nothing but derision for the Dream Syndicate, because of this - saw them completely losing any credibility, which, as I recall, was sort of the critical consensus with that album. I can't say much for side one of it (or the rest of their subsequent releases), but I have to admit, I've always been rather fond of side two. "Merrittville" was the first song I ever heard by the band, on CBC's Brave New Waves program, and it had an appealing anti-suburban teen angst element to me then - the place named in the song became a sort of cipher for Maple Ridge, and I developed a baby-duck attachment to it, which was what led me to explore their previous releases in the first place (the title track is cool, as well, and then there's "The John Coltrane Stereo Blues" - tho' this version is better than the one on the LP). But then (shhh), I don't completely reject Springsteen, either.