The Smilin' Buddha returns. And DOA plays there on Saturday! 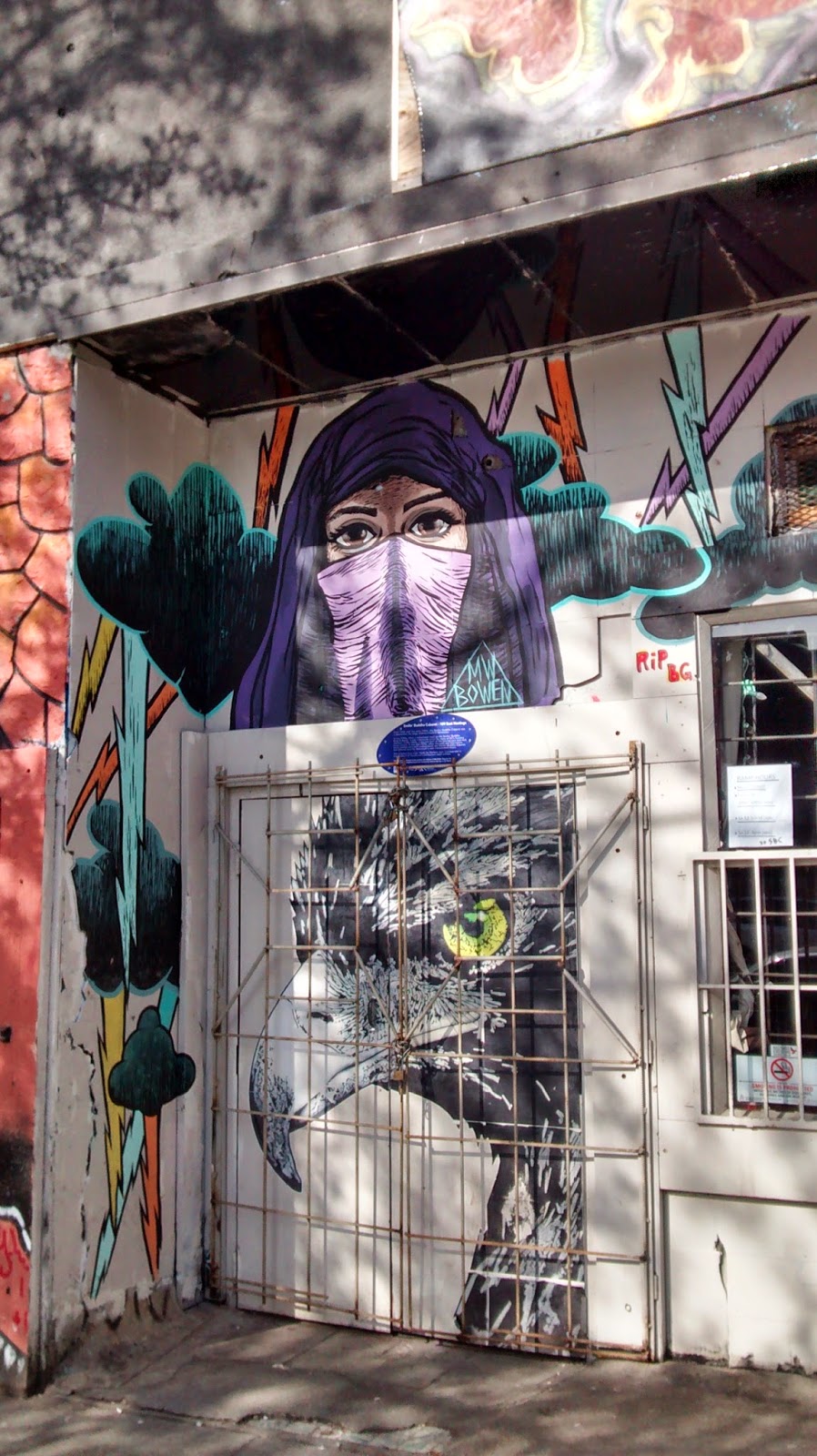 I walked by the Smilin' Buddha the other day. It's re-opened, minus its famous neon sign (which is in a museum somewhere, like that's a better place for it), at 109 East Hastings. It was a pretty interesting walk to get there: I braved the open air "street market of the disenfranchised" that is East Hastings, where people have pretty much any easy saleable you can imagine spread out on the sidewalk, from boxes of Betty Crocker cake mix to crack pipes (which, I should note, I didn't actually see but heard people talking about: "do you wanna buy a crack pipe?"). Jewellery, cellphones, clothing: I kept a vigilant eye for my Bison Quiet Earth shirt, stolen from me at Funky's while Auroch played a few years ago, but in the end I found only one thing I wanted, a Fort Apache The Bronx DVD for $1.50. It is possible that the walk soured my day, because I was kind of bummed about life for most of the night, which has not been my usual state in the last few weeks. It's a depressing area to be in.

But I'll go to Bev's show there, opening Friday... and hey, the doorway of the new Buddha looks cool! DOA plays there on Saturday in a new lineup, too, but - jeezus, it says something that I'm sad to see that Dan Yaremko is no longer in the band. It's like... miss Rampage, sure, but...
Posted by Allan MacInnis at 8:32 AM