Hard to Be a God: Fecal Terry Gilliam 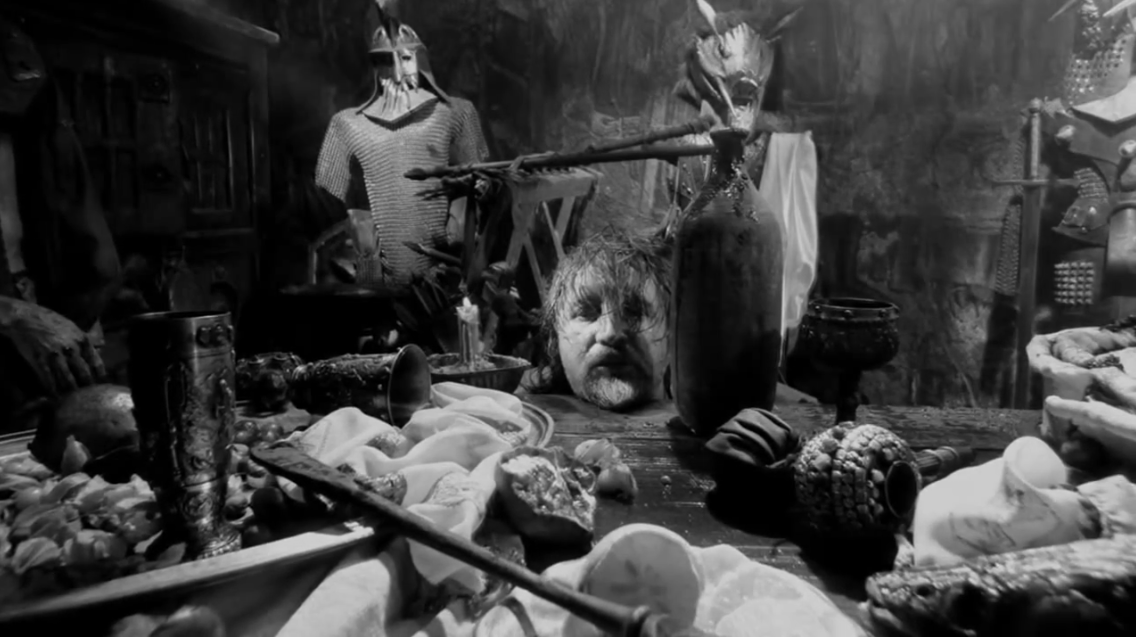 Hard to Be a God is a bit hard to take, actually.

It's gorgeously shot, in a lovely palette of grey, and with a master's sense of cinematography. The eye of the film is magnificent; people who just want from their cinema something interesting and unusual to look at will be quickly and easily impressed, presuming they don't mind a bit of shit.

But rather than evoking Bergman or early Bela Tarr (as did the one Gherman I'd previously caught), or Tarkovsky (the "chicken" of Russian cinema, because any Russian filmmaker whose cinema is remotely visually accomplished inevitably gets compared to him, whether it shares an aesthetic or not) Hard to Be a God brought to mind, to my utter surprise, Terry Gilliam at his most gnomic: lots of people in weird, Middle Ages costumes, spitting and shitting and cursing and peering into the camera, lots of craggy closeups of muttering and puttering Jabberwockyish villagers, lots of dialogue that felt like overhearing someone talking to himself, saying things that don't cohere very clearly in terms of story, but apparently mean something to them. The premise is a bit Gilliam as well, since the story deals with the surviving members of a mission to a planet like earth, but where the Renaissance never happened, and everyone just stumbles around in the darkness, superstitious and degraded and violent. I'm actually reasonably sure if you're patient with it, something interesting must emerge from the story, but you're going to have to be very patient, because for the first 40 minutes, the above is pretty much all you get.

Yep: in the first 40 minutes, besides introducing the above set up, there is not trace of drama, no conflict, no plot, just degraded villagers wandering around a muddy village muttering about things that don't amount to much to the audience. Oh, and smearing lots and lots of shit on each other; there's something deeply fecal about this movie, some need to smear shit on faces that hopefully is not in some way a metaphor for the action the film hopes to take on its audience. (Or perhaps its a statement on contemporary cinema in general? Beautifully shot and full of shit?).

Forty minutes were enough of that, for me. I don't mean to be a vulgarian - I won't proclaim its a bad movie or anything like that, a failure or so forth, since I did not SEE the whole film, and I won't let a bit of shit interfere with my acknowledging a film as masterful (cf Salo, The Cook, The Thief...). But after teaching two classes earlier that day and marking a dozen student papers, I did not need to see degraded villagers smearing shit on each other, no matter how beautifully photographed it was. I mean, I would have taken the shit if there were something else to hook onto, some thread of meaning or story that I could grab and work with and engage my mind with, but... nope.

So caveat emptor, folks. Hard to Be a God plays the next few days at the Cinematheque. It might indeed be some sort of masterpiece, I'm not saying you shouldn't see it, and in fact some of you out there probably should, probably need to see it; please don't let me interfere with that. But bring lots of energy to the cinema, because you may find you need it...
Posted by Allan MacInnis at 8:01 AM